IT SEEMS most people have spent their time in lockdown either baking up a storm or getting satisfaction out of turning old junk into incredible pieces of furniture worthy of being displayed in their home or garden.

Joining in on the fun, one bloke has shared how he transformed an old cabinet he picked up for free into a stunning mini bar with just a splash of paint, LED lights and stick on vinyl. 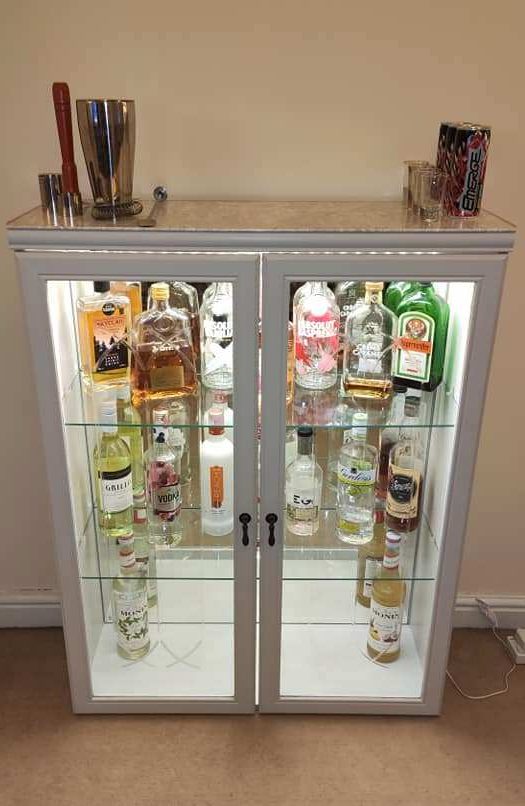 Without knowing he'd made it himself, you'd think the modern white cabinet would have set him back a fortune.

But not only was it kind on his wallet, the bloke also revealed it was super easy to do and the finished job would rival even the most luxurious drinks cabinets on the market.

Sharing snaps of his alcohol display cabinet on Facebook, the crafty bloke revealed that he'd picked up the old timber cabinet for free when someone was giving it away on Facebook marketplace.

Eager to turn it into something great, he bought a pot of white paint from Aldi for just £5 in addition to spending just £8 on marble vinyl from Wilko. 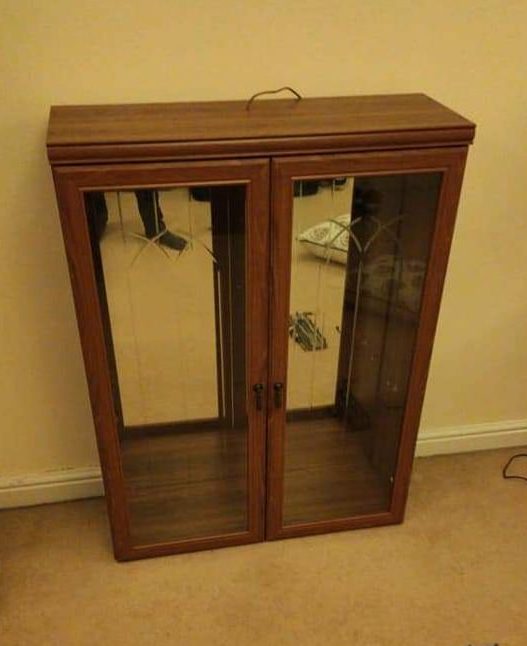 He took to the cabinet with three thin layers of the white paint, and jazzed it up by applying the popular marble-effect vinyl to the top display.

And while the paint job alone was enough to spruce up the ordinary display unit, he decided to go a step further and add an energize LED light strip from B&M – which looks absolutely amazing.

Sharing with members of the Extreme Couponing and Bargains UK Facebook group, he explained: "Found a display cabinet that somebody was giving away for free on Facebook marketplace.

"Bought a pot of paint from Aldi for £5, marble vinyl from Wilko for £8 and an Energize LED light strip from B&M for £15 and turned it into an alcohol display cupboard." 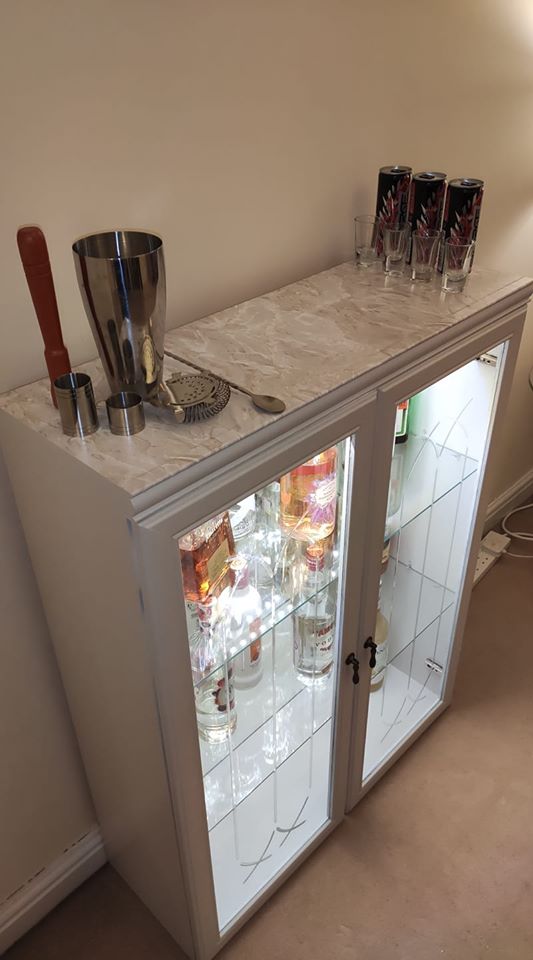 But even though he only spent a small amount,  he said he still has half the pot of paint leftover and a lot of the vinyl roll, which he can use for another project.

So estimating what he'd spent on this project alone, the bloke revealed the whole cabinet cost less than £20.

The idea was popular among other members in the group with some even saying they were "inspired" to do the same.

Many used word like "amazing," "brilliant," and "wow" to describe the new look, while others commented on the blokes incredible workmanship. 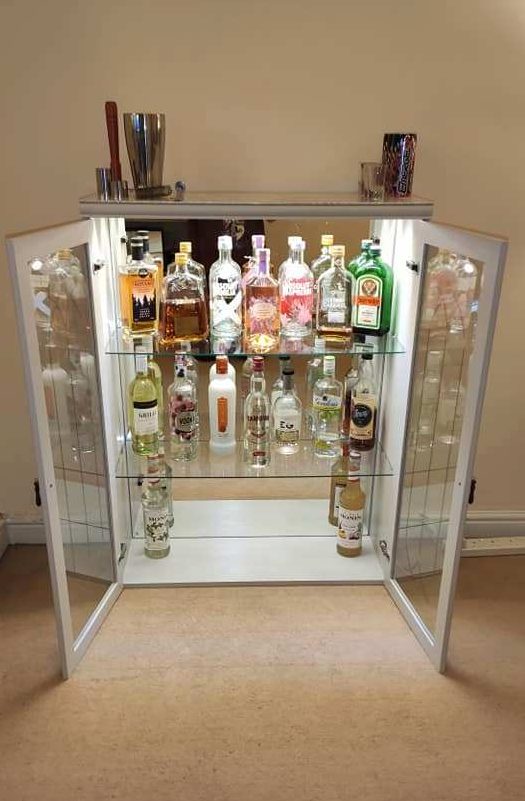 S0 impressed by the transformation, one person suggested he start his own business up selling old, used goods.

"Beautiful, well done. Perhaps you should start a new business upselling," she said, while another seemed more impressed by the alcohol stash stored in the cabinet.

She said: " What a fabulous job you've done! Party at your house after lockdown!"

Now that's one party we'd like to be at.

In other DIY news,  this mum makes stunning feature wall in her bathroom using masking tape trick and old paint.

Plus this DIY fan transformed her tired patio tiles using £7 stencil and it looks amazing.

And this woman made a stunning window seat for just £30 using leftover wood and cot mattress.