A DOTING dad who built an outdoor playhouse from scratch has proved nothing is off limits when it comes to pleasing his three-year-old daughter after she begged him for a treehouse in their garden.

Despite not having a suitable tree, Tom Cole from Abergavenny, Monmouthshire used old pallets to build the impressive free-standing structure and it only cost him £10 to do. 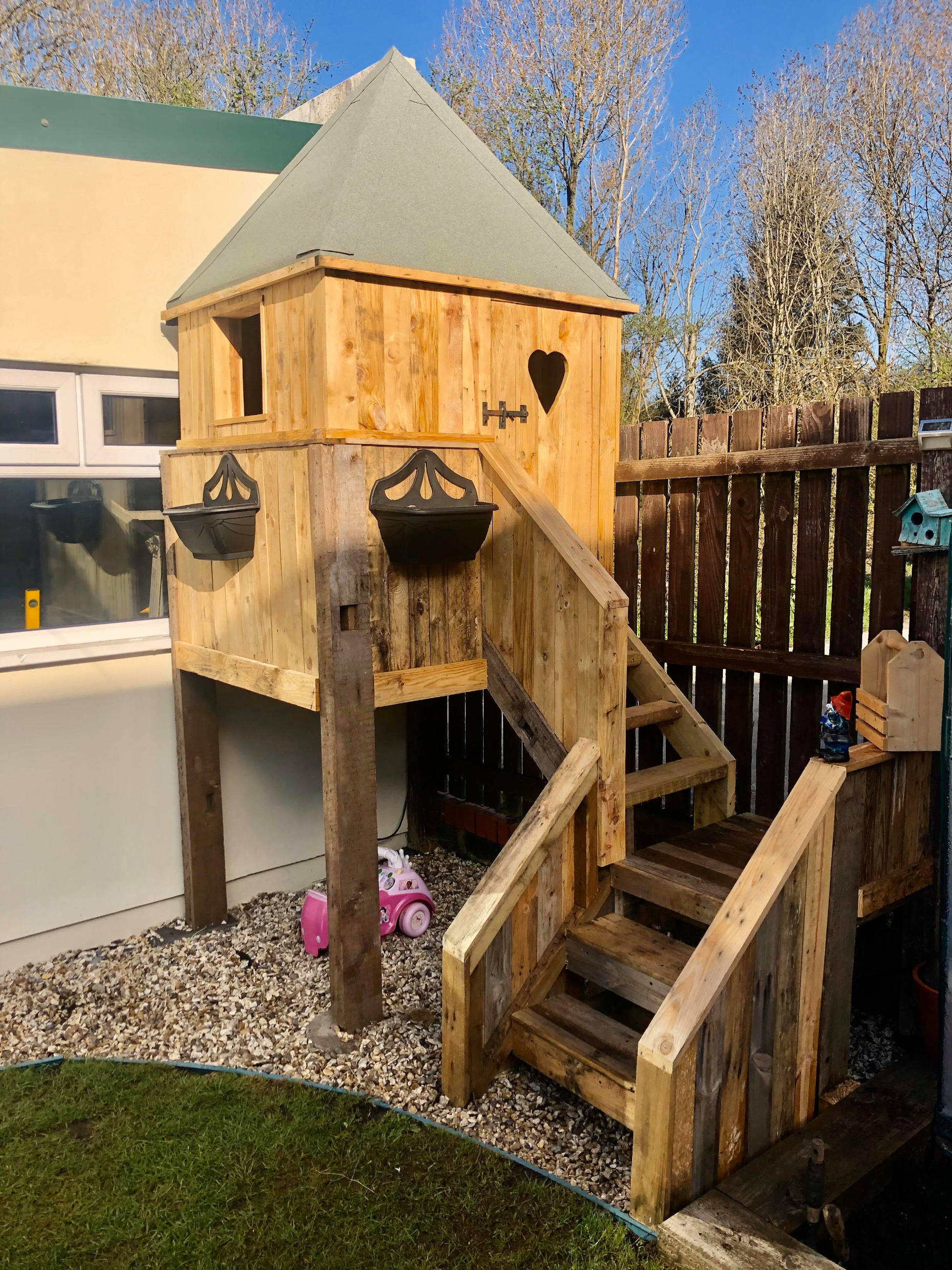 The 31-year-old dad obtained the free pallets from a neighbour and revealed he had only planned on making a “basic” structure.

But the end result was an “awesome” two storey treehouse which now sits in Tom’s back garden following weeks of hard work.

It appears Tom had the help of his daughter Mila as he snapped a photo of her perched on the treehouse mid way through construction.

The crafty dad was delighted by the end result and took to the DIY On A Budget UK Facebook group to share the finished product with other DIY fans. 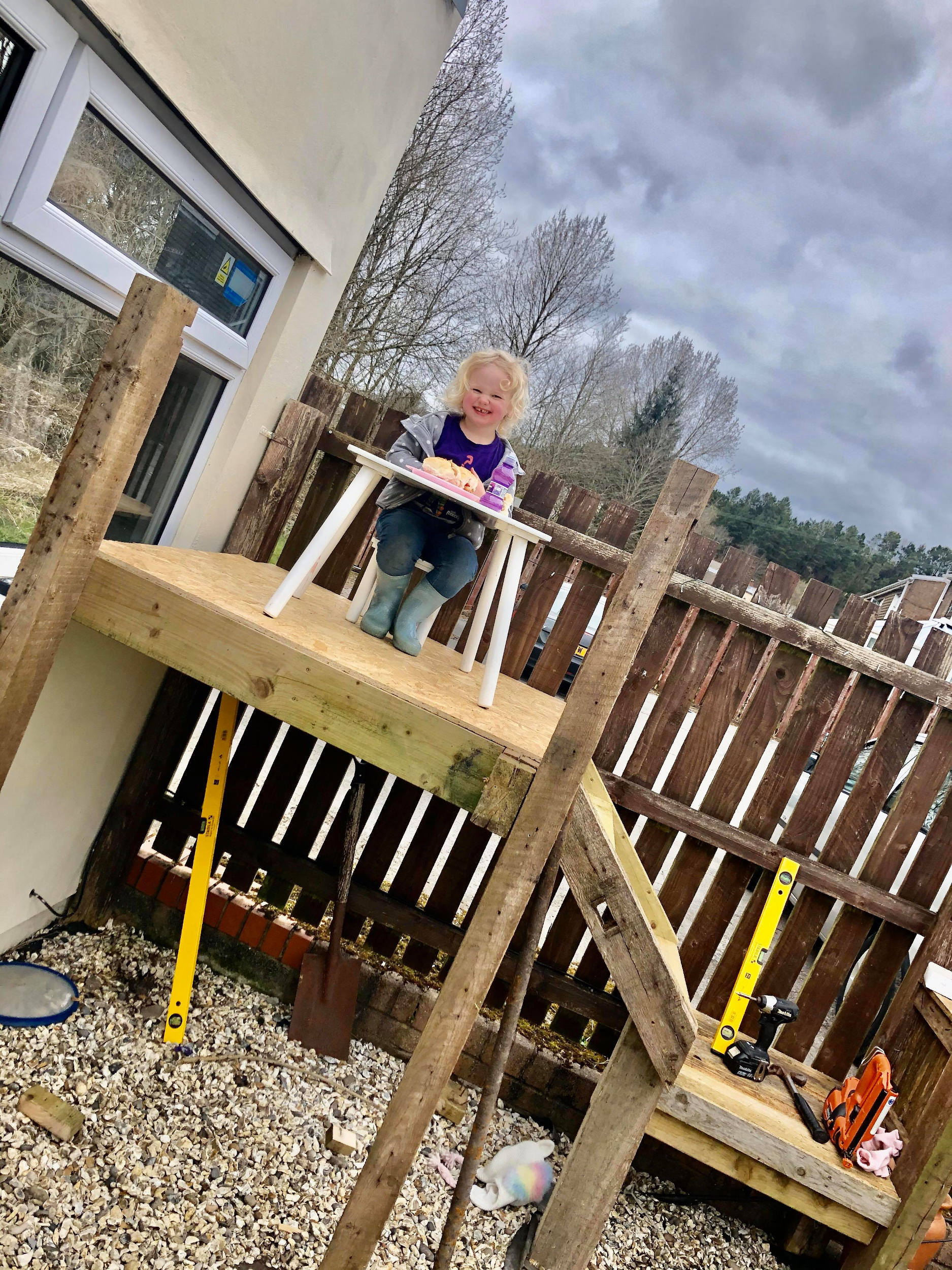 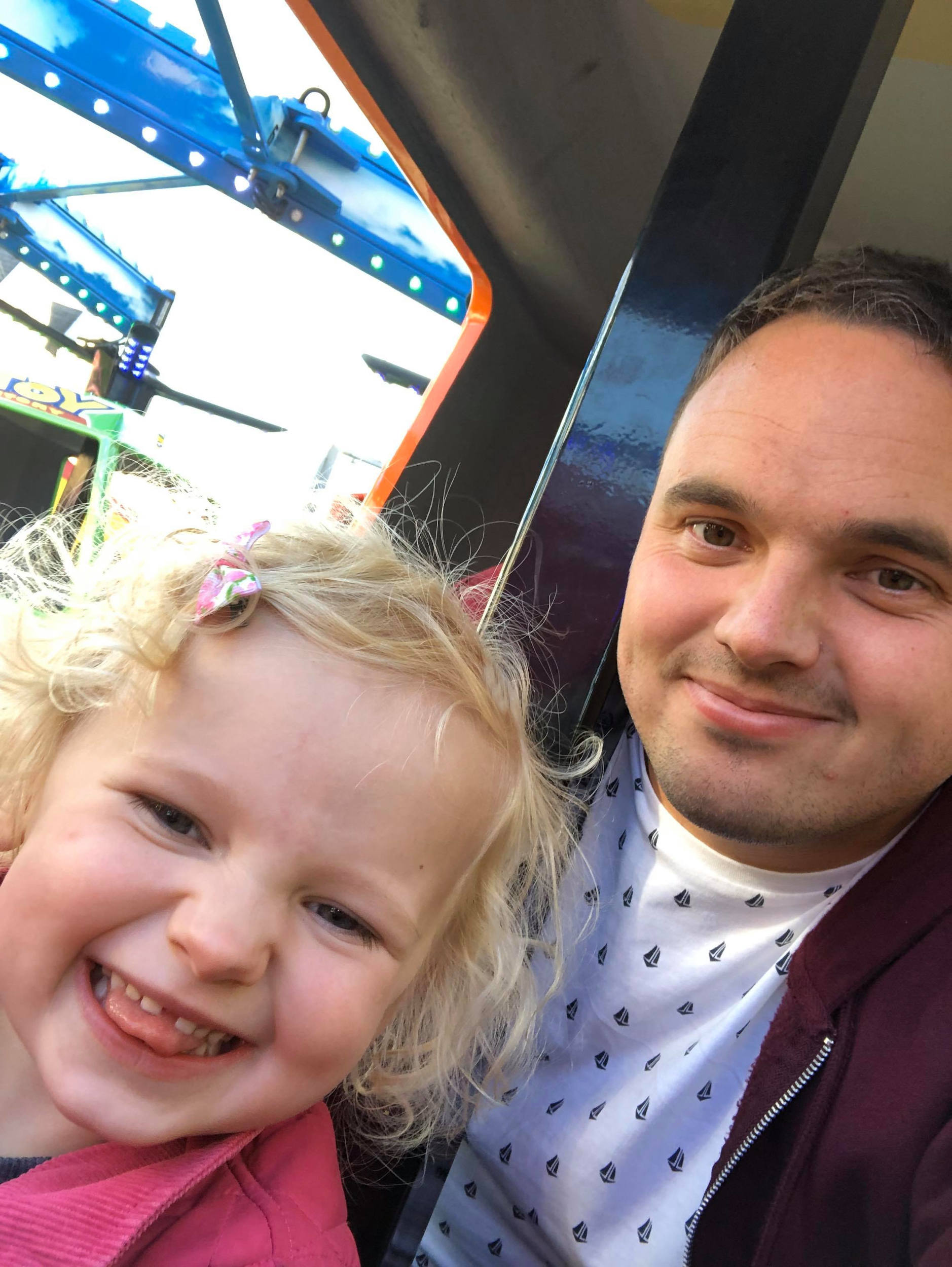 He posted a photo of the cheerful Mila atop her castle,  and wrote: “Grand total of £10 spent on it.

“Stripped down a load of pallets which is the biggest pain in the a***! One happy girl.”

It goes without saying, the project was met with astonishing praise which amassed to almost 5,000 likes and comments.

Impressed by the treehouse, one person said: " She is a very lucky girl having a dad who would do that! My kids would love to have something like that. But I wouldn’t no where to start! Looks great."

And another said: "Looks amazing x my girls have been asking for one (we are lacking a tree as well) wish we could do something like this as it looks so great.

"Absolutely amazing!" said another, "She truly is one lucky girl!!"

Speaking of the project, Tom said: “The only £10 I spent to be totally honest was the pallets.

“I know they can be sourced free and the guy I get them from is happy enough to give them to me, but I wanted to give him a little something as thanks. 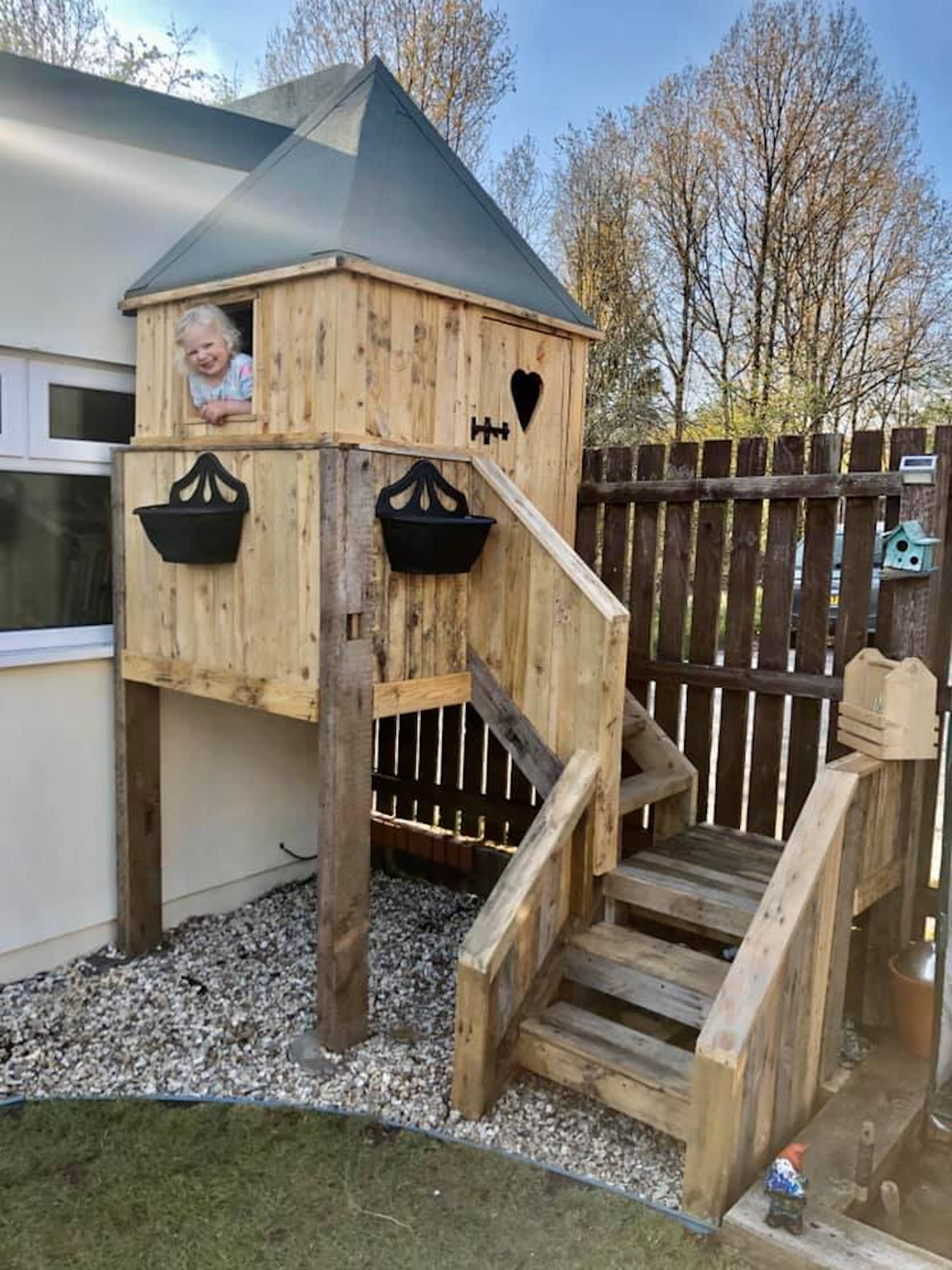 “I did it slowly over the course of a few weeks. There is only so much pallet stripping one can take at a time to be fair.

“I have found it difficult to keep Mila entertained with my other half having to be in work, but this project really did help us pass the time together, she’s a good helper.

“I’m proud of her, that’s for sure. People say I should be proud of building it. All I aim to do is make her happy which I guess I have done."

For more parenting stories, this mum transformed her lounge into an amazing campsite with paddling pool and fire after their Easter holiday was cancelled.

And this mum shared the clever way she dip dyed her daughter’s hair using crepe paper – and the colour is amazing.

Plus parents are transforming their old trampolines into comfy summer dens – and they look amazing.