A SAUSAGE roll lover who missed Greggs bakery so much during lockdown has gone viral after getting their logo tattooed on her BUM.

Mum Caitlin Jones, 20, from Paisley, Scotland, was so happy to be reunited with her daily Greggs after the UK lockdown was lifted that she decided to mark the occasion, and her behind, with their logo. 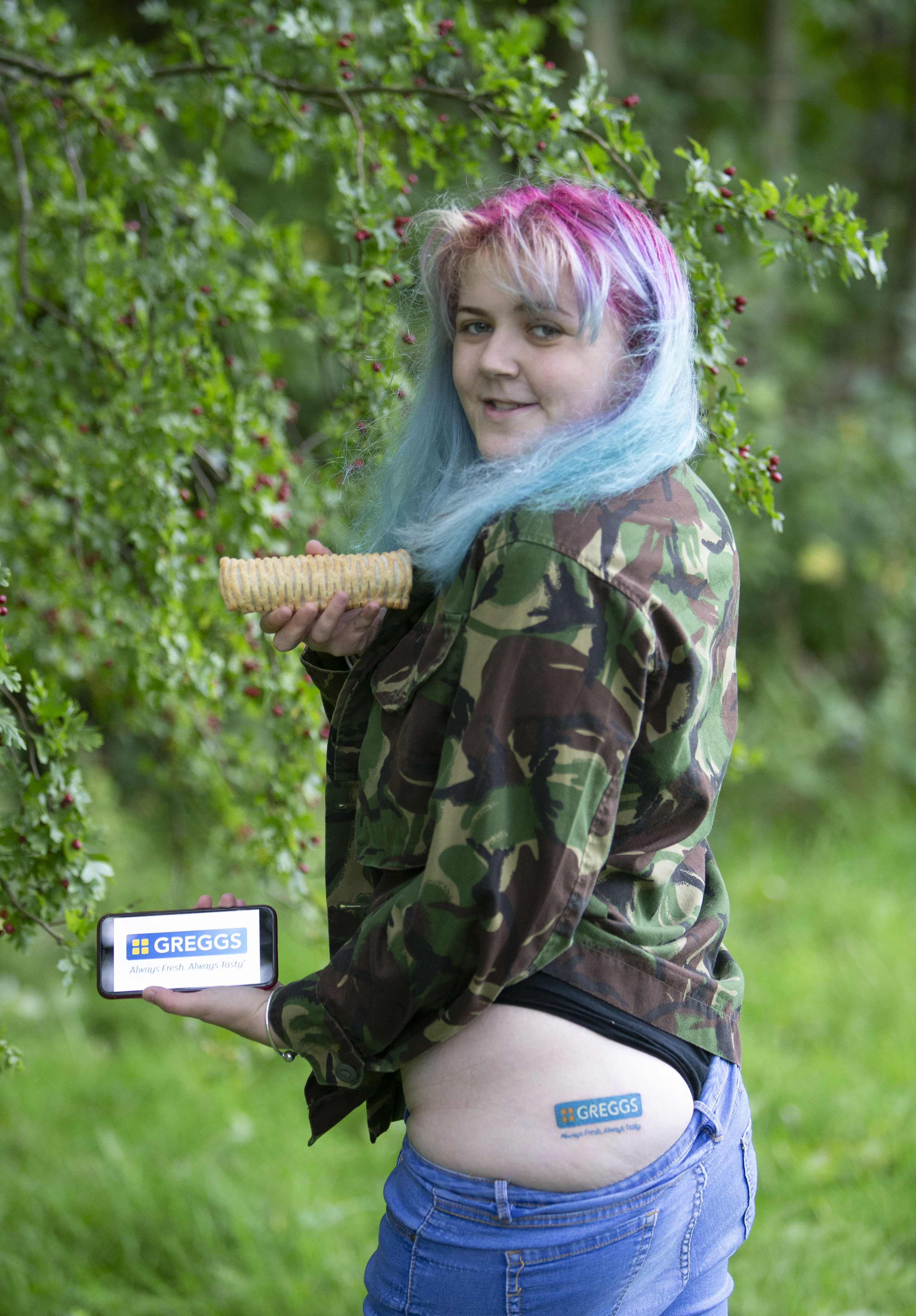 The mum-of-one had the idea when the tattoo parlours finally reopened seven weeks ago and immediately booked herself in for the first available appointment on Monday September 14.

Now Caitlin, who is at hairdressing college, says she has no regrets about the artwork despite jibes from online trolls that it's 'embarrassing'.

She said: "I'm obsessed with Greggs and I've always loved their sausage rolls.

"Before lockdown I used to get one nearly everyday so I was absolutely gutted when they closed for lockdown. 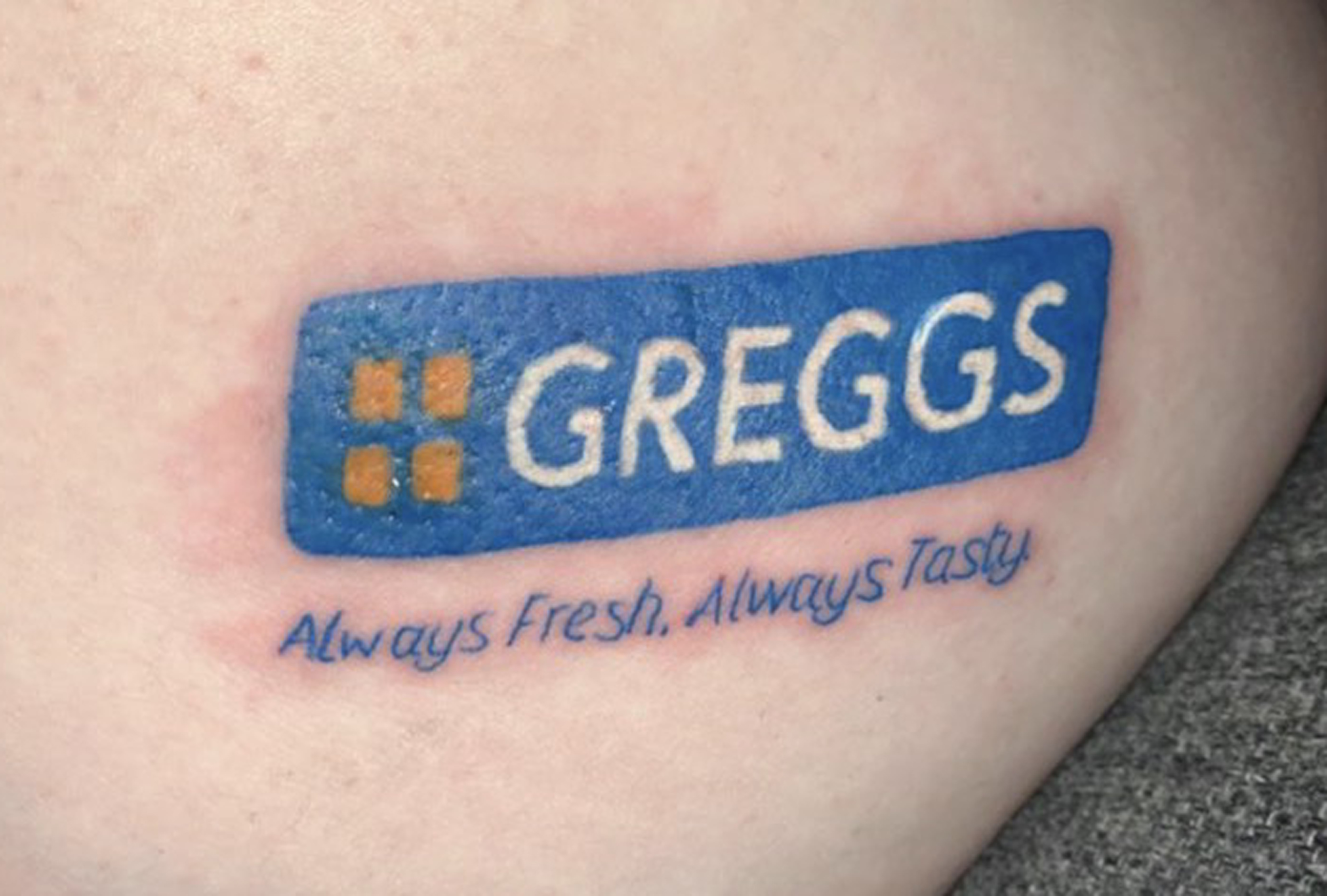 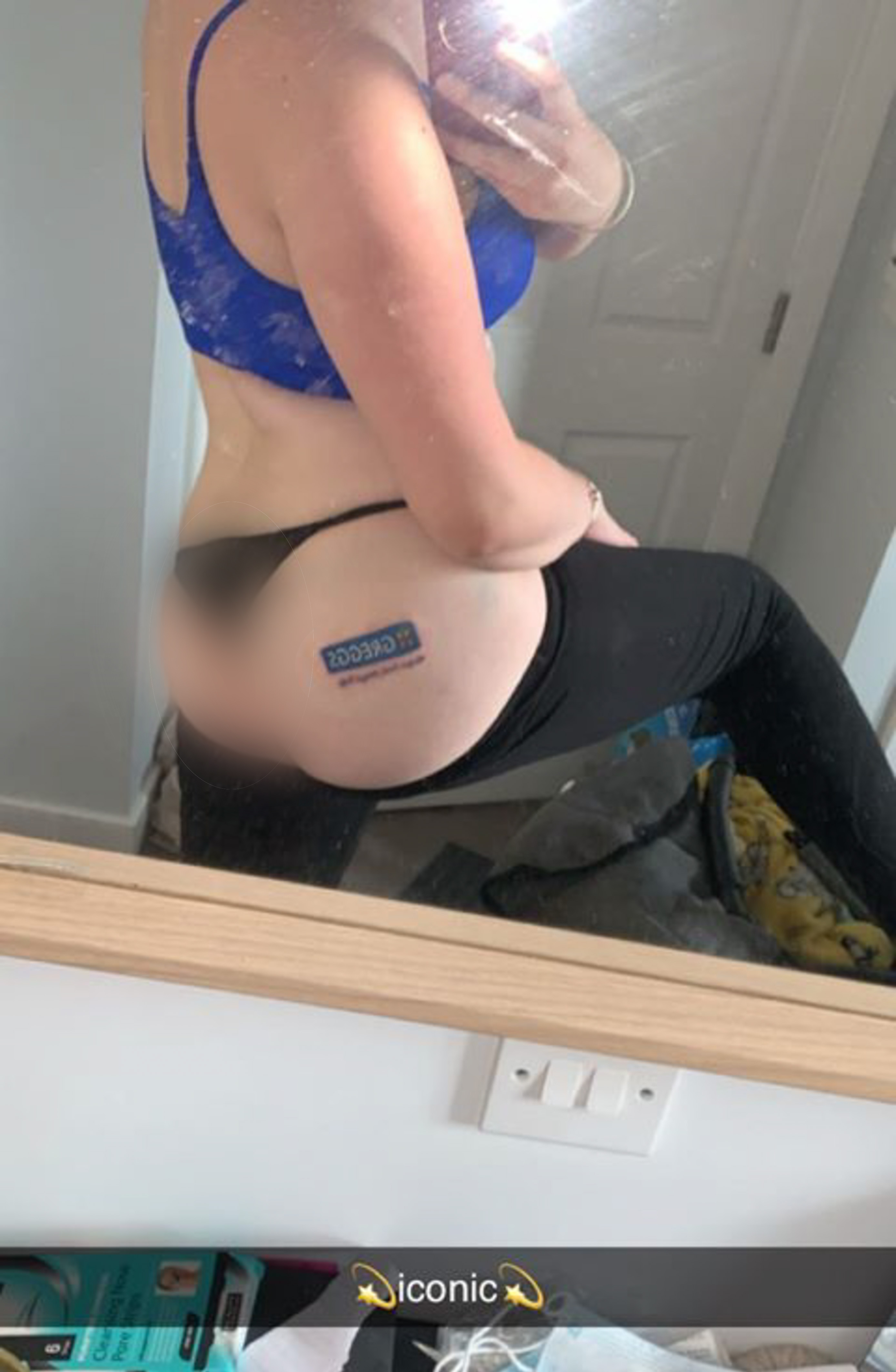 "I was more bothered about Greggs reopening than the pubs so I decided when the tattoo parlours re-opened that I was going to get something to share my love for them.

"Most people love it and think it's hilarious, the tattoo artist said to me he was buzzing to do it and other people have said it's iconic and that I'm a legend.

"Some people have said it's embarrassing but I got over that pretty quickly and I'm still in love with it." 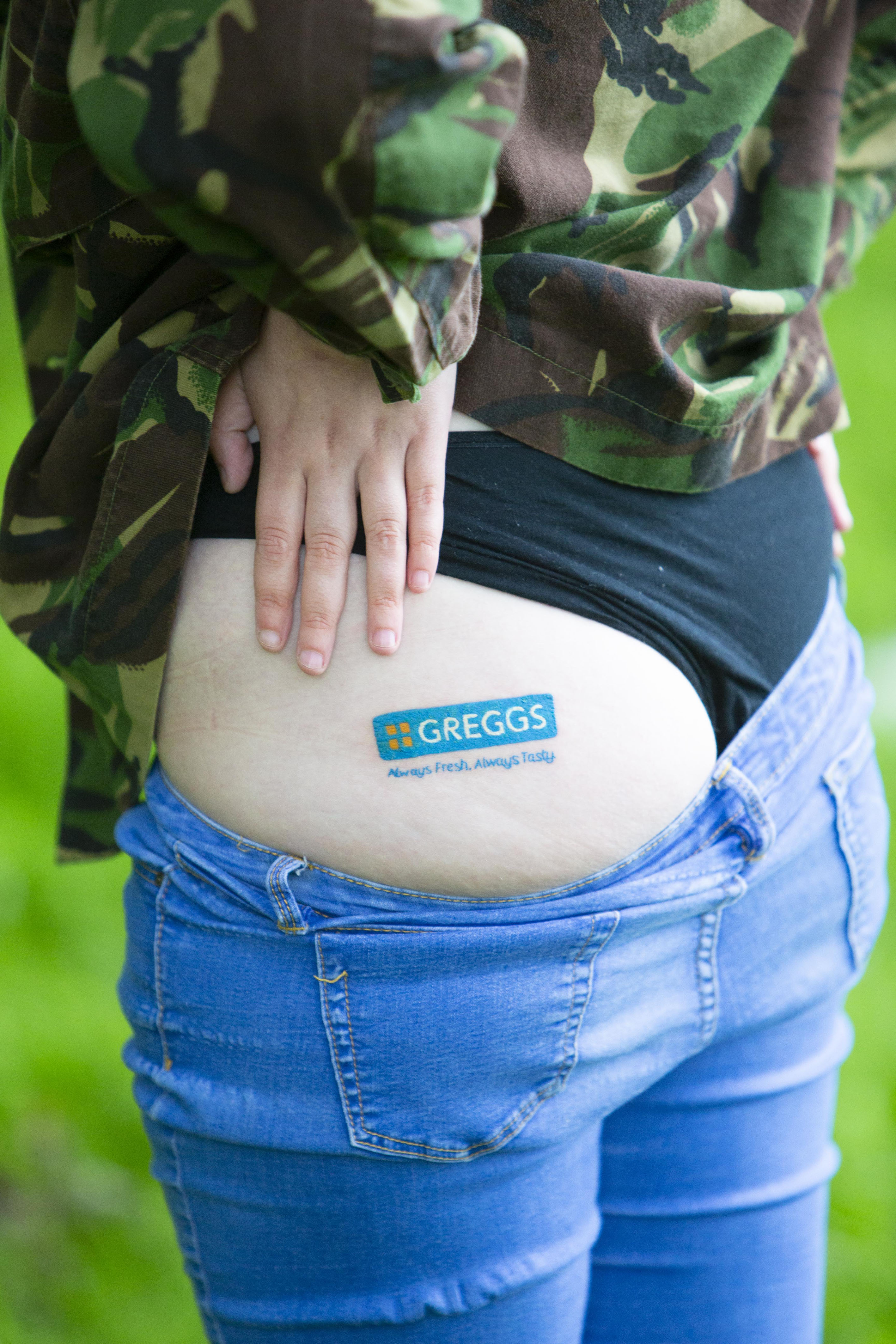 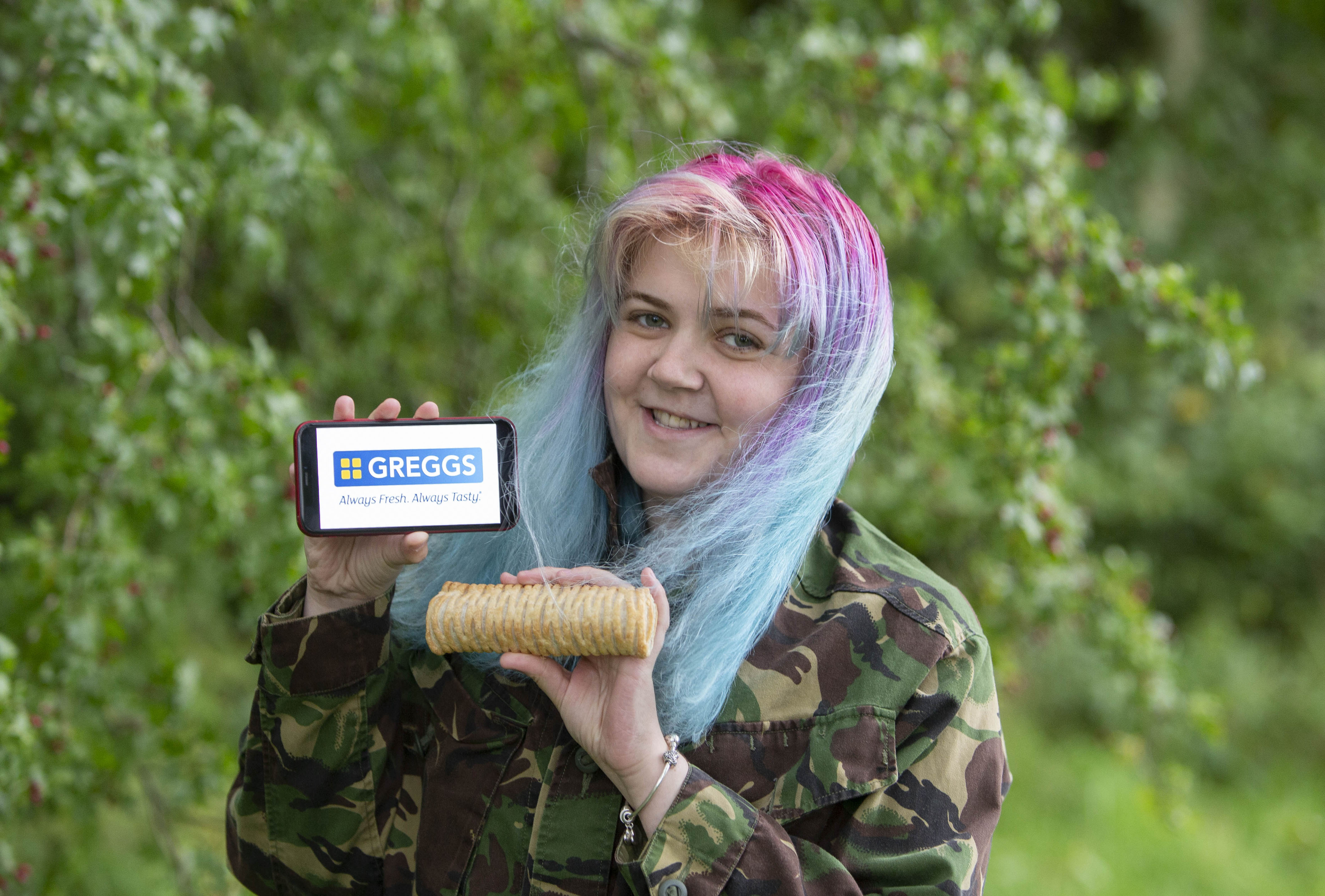 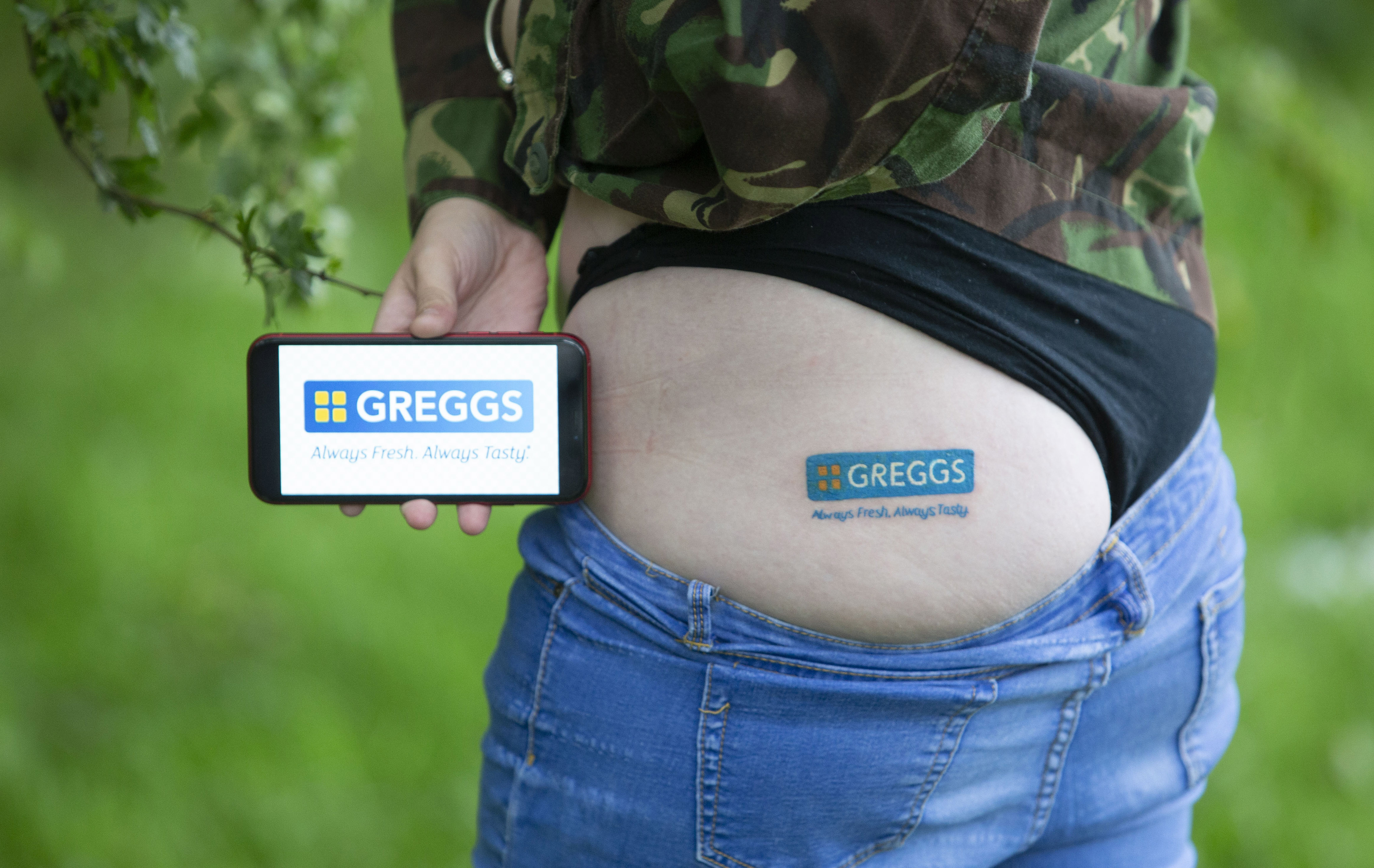 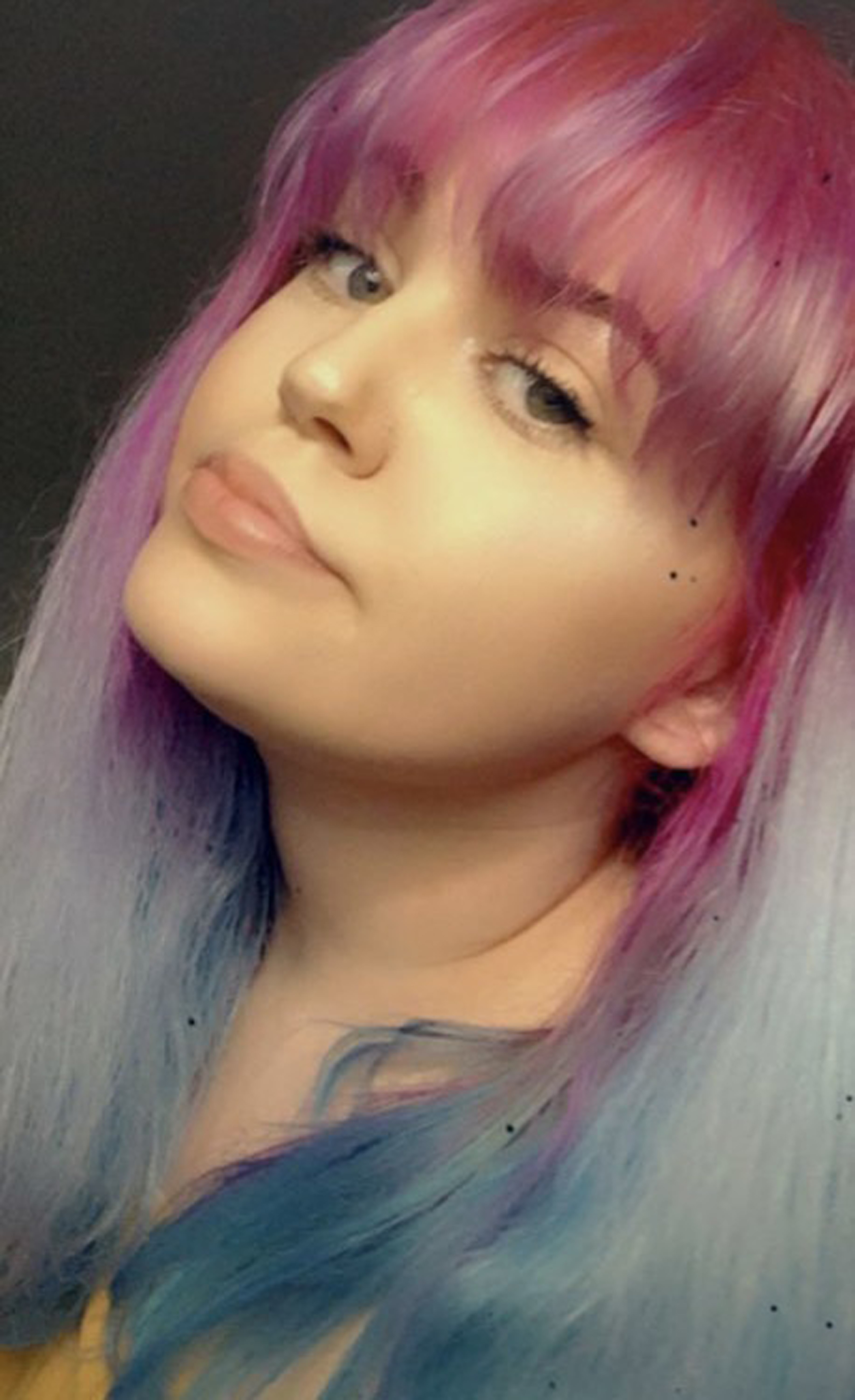 The single mum to son, Brody, 11 months, paid £100 for the three inch by one inch ink work on her left bum cheek which took 90 minutes to complete.

After sharing pictures of her new keepsake on Facebook, Caitlin racked up nearly 3,000 likes and 1,800 shares but hasn't ruled out getting another Greggs tattoo in future.

She said: "I did have some doubts when I was going to get it and I toyed with the idea of getting a sausage roll on the other side too but I think I'll wait until the dust settles on this one first."

Meanwhile, Greggs is giving away 10,000 free sausage rolls to students – here’s how to get one.

And Greggs has added four items back to its menu including Belgian buns and ham and chicken melt baguettes.