TikTok star Hyram Yarbro has a #HyramApproved skincare must-have for you all — his own line, Selfless By Hyram!

In less than a year, Arizona-native Hyram Yarbro has amassed over 6.8 million TikTok followers and his #HyramApproved skincare recommendations have a devoted following among Gen Z and millennials. There’s a reason people are drinking the Kool-Aid, and it’s because the 25-year-old who grew up on a cattle farm knows what he is talking about, right down to the side effects of each ingredient and how your skin will react. Now, a new #HyramApproved skincare line has come to the market, and it happens to be his own, Selfless by Hyram.

“My message has really been all about skincare simplicity and trying to make that you know, as accessible as possible. So with this line, I really wanted to make sure it spoke to the specific concerns expressed by my audience, and that’s primarily people who are relatively new to the skincare space,” Hyram explained in an EXCLUSIVE interview with HollywoodLife.com. “This line is really a natural progression from where I’ve seen most of my following. People who are passionate about social change, people who want to make a difference in the world, people who’ve mindfully looked through their ingredient lists and want products that support the health of the skin, rather than support the most instantaneous, dramatic change, and they are mindful about making sure that the health of their skin is maintained.” 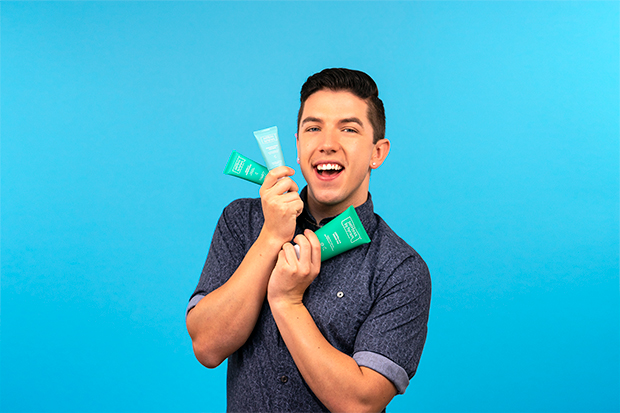 Hyram said that he has found his Gen Z following is very interested in “preventative skincare” rather than trying to “fix” unhealthy skin. “This entire line is based off of the new generation of preventative skin, where it’s more focused on taking care of the healthier skin,” he explained, pointing out his Retinol & Rainbow Algae formula that “was created with people in mind who struggle with hyperpigmentation, dark spots, and acne scarring.” “I like to focus on preventative care, while still embracing the human natural process that comes with aging. It’s important to speak to fighting premature aging, so that you’re not seeing that damage ahead of time, which signals that your skin is struggling… But not necessarily anti-aging, where it’s like trying to reverse or get rid of the process that’s very natural and expected to happen.”

The skincare guru added, “If you’re prioritizing the health of your skin, your skin will be happy and healthy.” He referred to his Niacinamide & Marajucá Daily Barrier Support Moisturizer, which “was focused on making sure the skin’s moisture barrier is properly protected every single day, so that you don’t run into issues like overexposure to a bunch of things that irritate the skin, over-exfoliation.” 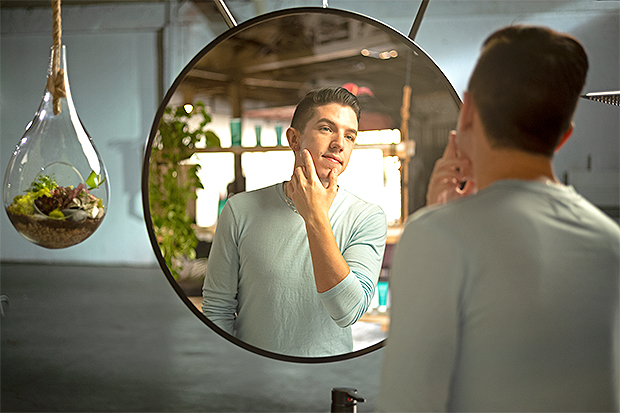 When it comes down to it, Selfless By Hyram is a line that uses gentle, simple ingredients that work on the most sensitive of skin. While his products are full of sustainable nourishment for your body’s largest organ, the collection is both affordable and climate conscious — two elements most important to Hyram. “One of the primary reasons I partnered with The Inkey List was because of their incredible knowledge, expertise and experience within the industry and connection to credible ingredient suppliers, but primarily because of their price point accessibility as well,” he explained. “I knew with the standards I have for skincare products — the sustainable sourcing, the social impact, the sustainable packaging — I thought there was no way these products weren’t going to be expensive.”

He continued, “Working with The Inkey List, I knew I was working with a partner who was committed to providing products at the most affordable price point possible while still honoring the values of philosophy of the company, which are based around making the selfless choice at every turn.”

Selfless By Hyram partnered wit the long-established Rainforest Trust to help end deforestation and the youth activated water charity, Thirst Project. Every single product purchased will directly impact these organisations, either by providing a year’s clean
drinking water or protecting tropical forest from deforestation through land purchase, a mission that is clearly called out on pack. In the first 12 months alone the brand’s ambition is to protect over 2,500 acres of rainforest from deforestation, restoring over 370,000 tonnes of CO2 (equivalent to 80,000 cars for a year!) and fund projects in over 60 communities in Eswatini, Africa, providing access to clean water to over 35,000 people for life.

The Complete Set of Hyram’s 5 debut products are currently retailing for $124. Selfless By Hyram is now available to purchase at Sephora and SelflessByHyram.com.