IT was like a Disney movie. On the first day of Cheyenne Cottrell’s honeymoon in the Florida sunshine she held her new husband’s hand as they walked along the golden sand, overlooking the Atlantic Ocean.

“Dalton had never seen the ocean before and was in complete awe,” remembers the 24-year-old teacher from Kansas City, Missouri. 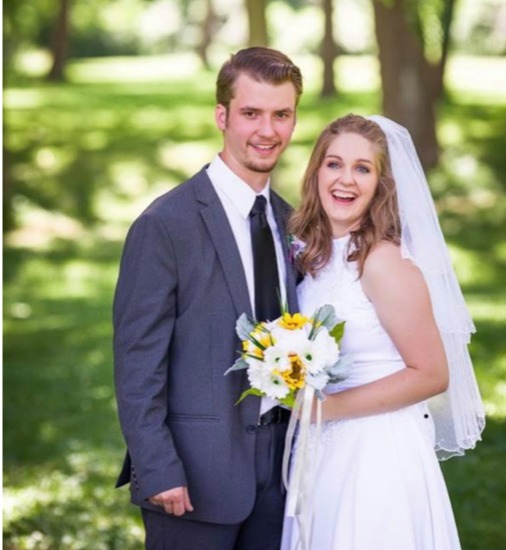 “It was amazing to be there together. We were so in love and we honestly thought nothing bad would ever end this. We were made invincible by love.”

Cheyenne had no idea that tragedy was about to strike. That just three days after saying her vows, she would become a widow.

The pair first met at university in 2016, where Dalton was studying to become a pastor, but didn’t fall for each other until the spring of 2018.

Cheyenne says: “Dalton was kind and patient, always wanting to help everyone. So after a three-hour date in a coffee shop, when he asked me to be his girlfriend, I instantly said yes. 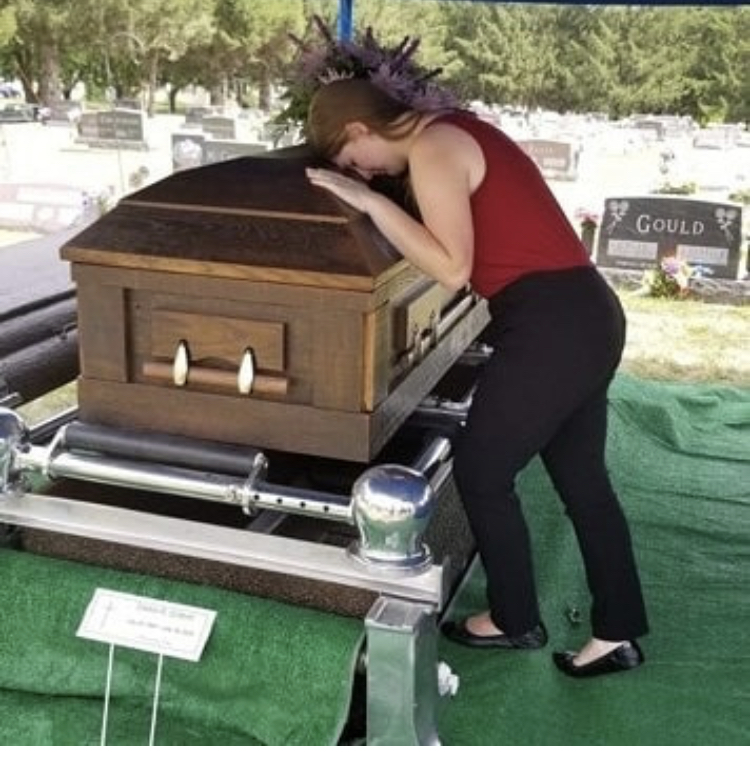 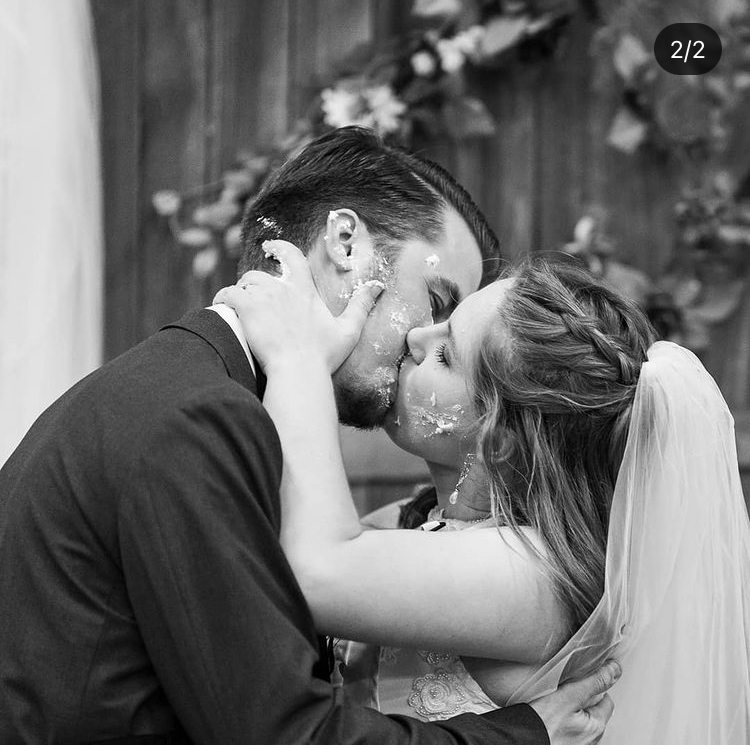 “I was completely giddy through my 10-hour shift at work. I knew then I would marry him one day.”

She didn’t have long to wait. On January 3, 2019, Dalton took her to a park and surprised her with a gift.

She recalls: “It was a picture frame. Inside was a beautiful puzzle put together that said ‘Cheyenne Rae Pernice-Hedrick will you marry me?’

“As I tearfully looked up at him, he was down on one knee with the ring in his hand. We told all of our family that night. We were so excited to be beginning a new chapter in our lives together.”

Cheyenne was so happy that wedding planning felt surreal. 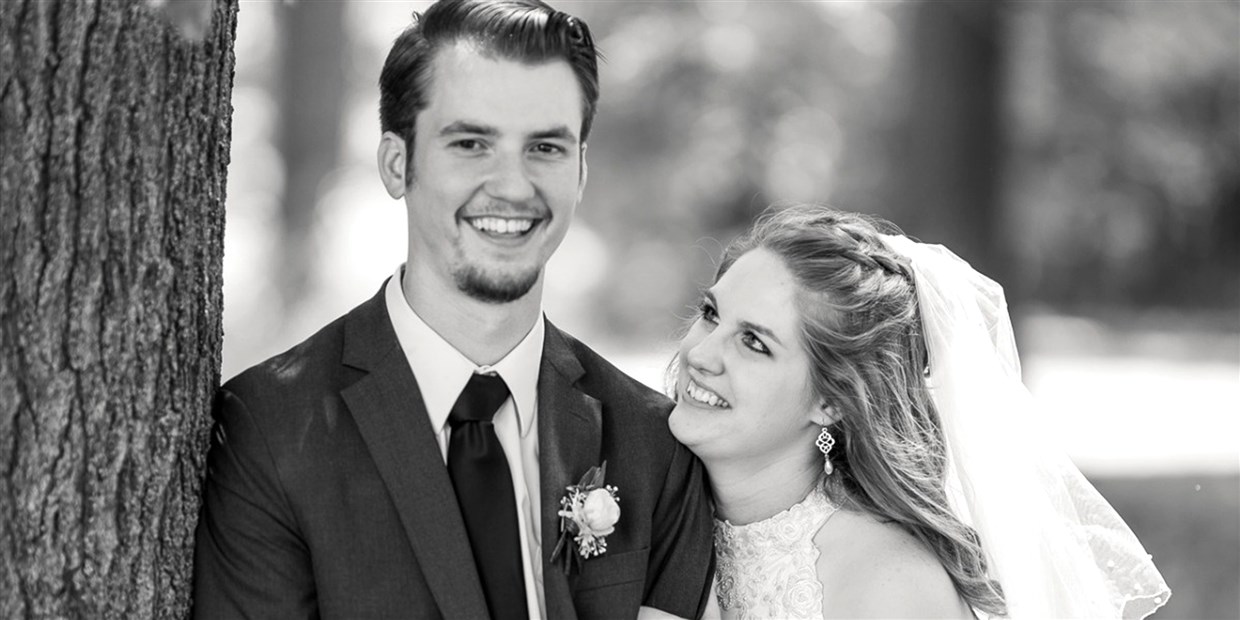 She says: “Part of me thought it was a dream I would wake up from.

“The other part was so excited to have met the man of my dreams and have the chance to spend the rest of my life with him. I cried so many happy tears.”

As she said her vows on July 27, 2019, Cheyenne was overwhelmed with love and hope for their future.

She says: “I knew that we’d love each other for the next 50 years of marriage – or more. We were so excited to have our own little family together. We knew we wouldn’t be rich, yet we had so much love for one another that it did not matter.”

They arrived in Florida the next day, giddy with happiness, and decided to go for a dip in the ocean on their second day.

Cheyenne says: “We began with just our ankles in the water. I wanted Dalton to become used to the ocean, as he’d only ever been in a lake before.”

They went in a little further, laughing and having fun. Until a wave hit and startled him. 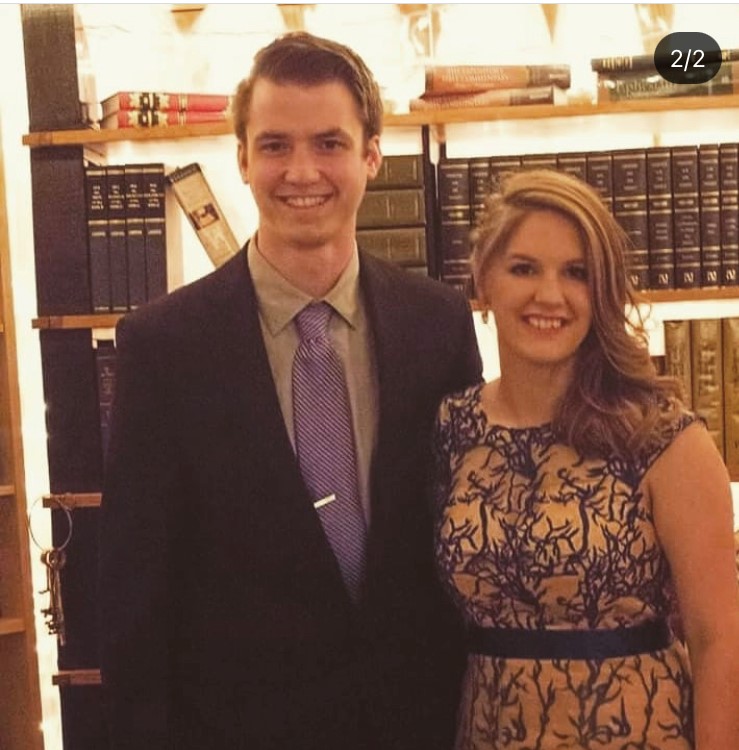 She adds: “As Dalton began to panic another wave took him out further, to where the water was shoulder height. I’d spent every summer swimming in the ocean so began treading water, calmly explaining to Dalton to do the same. But he went into a full panic.

“I swam over trying to help, but he pulled me under. Shocked I quickly fought to get back to the surface, trying to speak calmly and explain what we needed to do. At this moment I was calculating everything I needed to do in order for us both to survive.”

When she spotted a lifeguard vehicle driving by, Cheyenne began yelling for help. 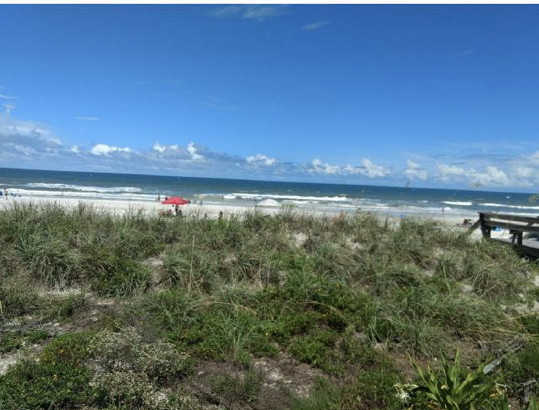 She says: “Quickly a lifeguard began swimming towards us. I knew if I could just get Dalton to hold on for 60 seconds, we’d have help.

“I was desperate, pleading in my mind for the lifeguard to get there quicker. I was overwhelmed with panic but tried to calm my mind and think about the next step. I also began praying for a miracle.

“Then, without expecting it, Dalton pulled me under for a second time. This time he was holding my hair and I couldn’t get up for air.

“I was terrified that we both would die. Somehow, I was able to free myself and then pushed him away. I still regret that to this day, but I know if I hadn’t put distance between us, we would both have lost our lives.” 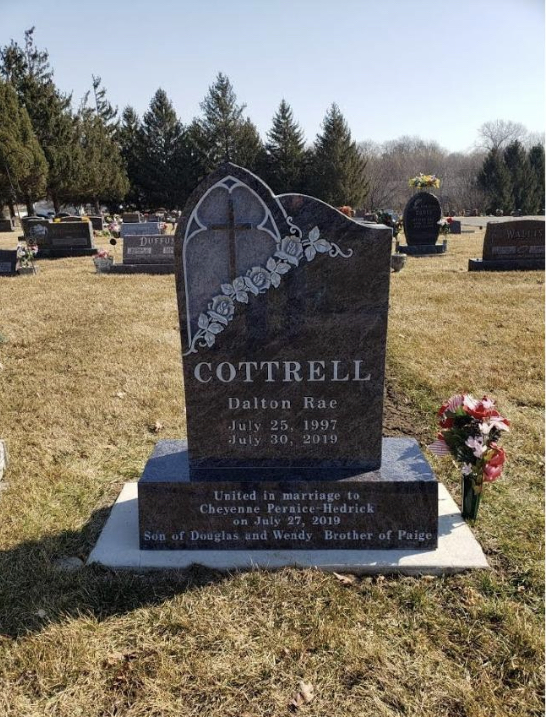 Terrified, Cheyenne told Dalton to hold onto her ankles as she swam.

She says: “He let go. I quickly spun around to see what was wrong. He looked into my eyes and said, ‘I’m tired’. Then he lost consciousness and went under.

“In that moment I seriously considered letting myself drown with him. I had no fight left. I thought it would be better to die with Dalton than to live without him.”

But, finding a tiny well of fight, she kept going.

I knew that I didn’t kill Dalton and that everything was a complete freak accident, but I was terrified others would not see it that way.

She says: “As I tried to hold his head above the water, the lifeguard was finally beside me. As he pulled Dalton onto the long board he was turning almost a purplish colour and convulsing. My energy was almost gone.”

Finally on the sand, Cheyenne passed out. Held by a stranger she glimpsed Dalton receiving CPR.

In the hospital she waited, torn between hope and the devastating sadness of knowing that he was already gone. Hearing the words from the doctor, that last shred of hope vanished. 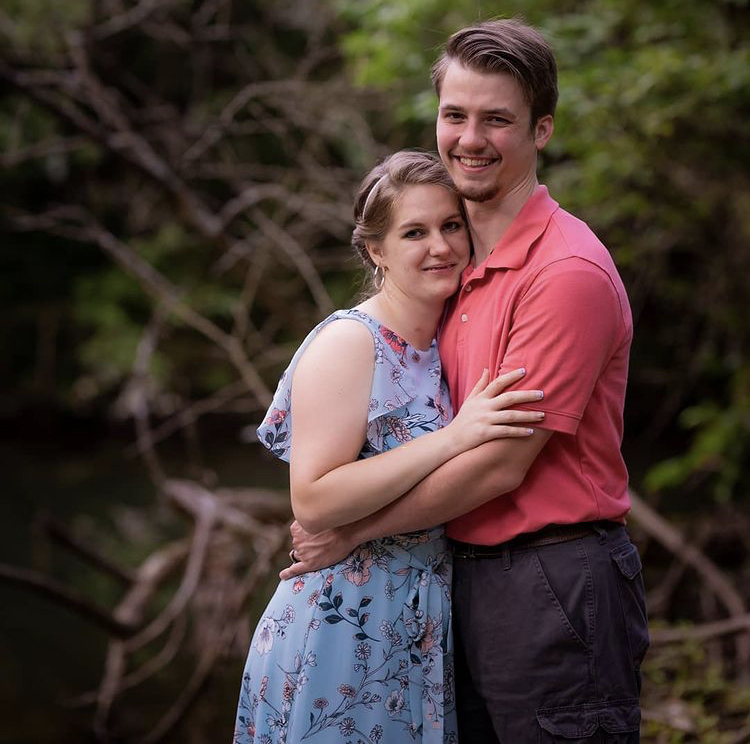 As well as the heartbreaking phone calls to both their families, Cheyenne had to be interviewed by police.

She says: “I knew that I didn’t kill Dalton and that everything was a complete freak accident, but I was terrified others would not see it that way.

“Thankfully the detectives were kind and gracious, assuring me that I did everything in my power to save Dalton and that they believed my story. I felt so grateful to them for that.”

Back in Dalton’s hometown in Grinelle Iowa, she faced even more challenges.

She says: “I stayed with Dalton’s parents and planned the funeral. I’d only been married for three days, so there was a strain as we tried to figure out who decided what. Should it be his parents or his new wife?

“It all seemed completely unreal. I couldn’t wrap my head around the fact that I’d been a wife and was now a widow.” 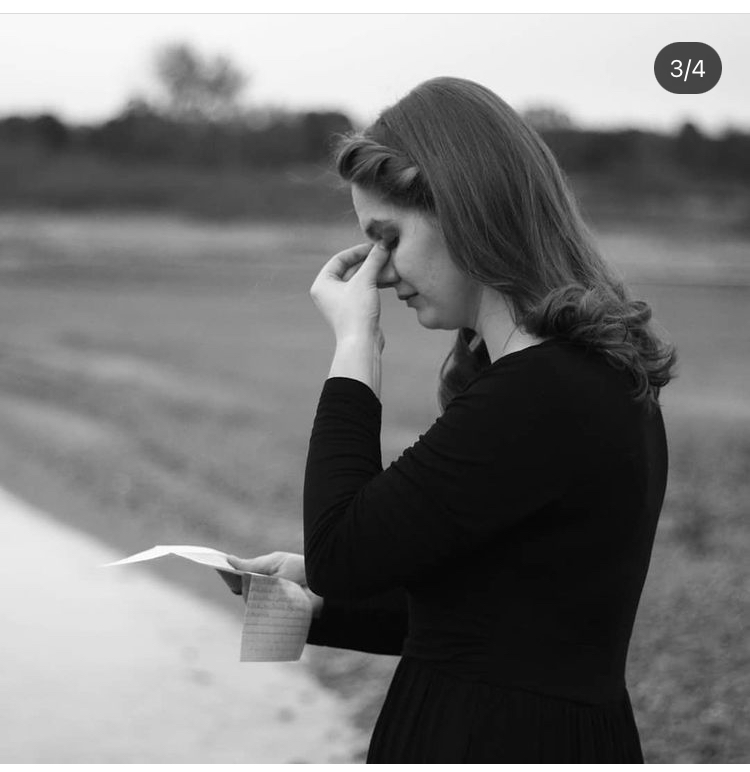 On August 10, 2019, instead of starting her new life with Dalton, she was standing at his funeral. More than 600 people attended. As Cheyenne rested her head on his coffin, she was overwhelmed by grief.

She says: “Even in that moment, I was fighting flashbacks. The sound of my voice calling for help, the look of terror in Dalton’s eyes, and the sound of the waves. I was doing everything in my own power to keep myself from crumbling into a ball of hysteria.

“I just wished I’d done more. Everyone assured me that I’d done everything right, yet in my mind it wasn’t enough. Dalton didn’t make it and I did. My survivor’s guilt at that moment was so painful.”

Somehow, she got through the day, and the many that followed. Back in Iowa she returned to studying to become a teacher, fighting through what she called ‘widow’s brain’.

She says: “You’re in a fog, sloshing through a swamp trying not to get eaten by crocodiles called your emotions. I had no clue when this fog would lift. It was also hard to be surrounded by memories of Dalton, of the happy times we had spent there together.”

Dalton didn’t make it and I did. My survivor’s guilt at that moment was so painful.

But Cheyenne had amazing support from her family, professors and friends.

She adds: “I also joined a group on Facebook for widows and widowers and this new family of mine is beyond amazing. They’re there for me even at three in the morning.”

Cheyenne has found her own way through the grief. Making memory boxes and sitting by Dalton’s graveside to talk. Climbing a 14,000-foot mountain on what would have been their first wedding anniversary. Cheyenne now describes her feelings as bittersweet. 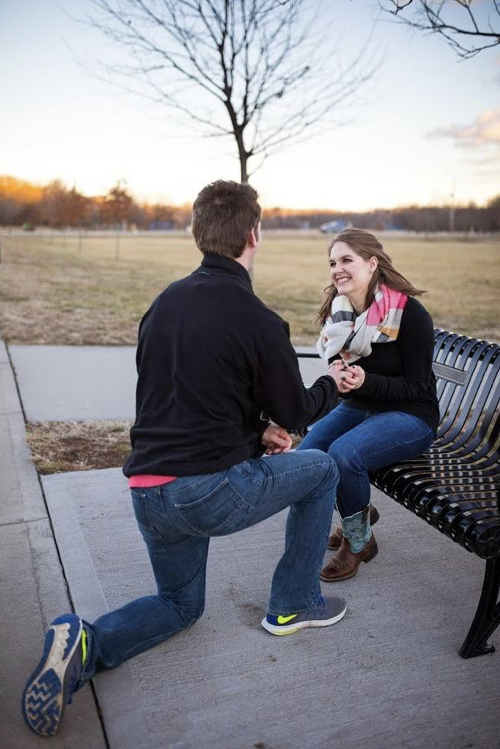 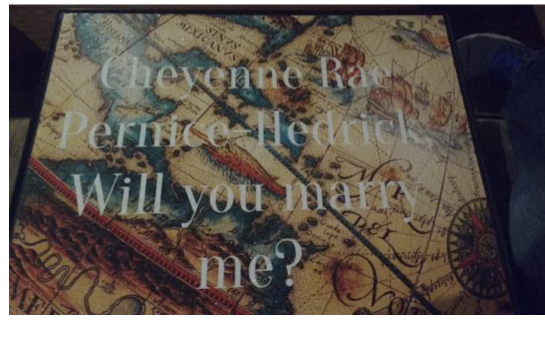 She says: “Sometimes I want to cry because I miss Dalton so much. Other times I find humour or happiness in the memories we had together.

“He was my better half and I’m honoured to carry on his memory. As long as I’m alive, I will talk about Dalton, sharing the story of this amazing human who lived on earth for just 22 years.

“I’m just so thankful for having had the chance to be Dalton’s best friend and then wife, even if it was only for three short days.”

Previously, a groom, 31, died from lung cancer just four days into honeymoon despite having no idea he was ill.

And a young groom drowned while snorkelling on honeymoon in the Maldives just two weeks after getting married.