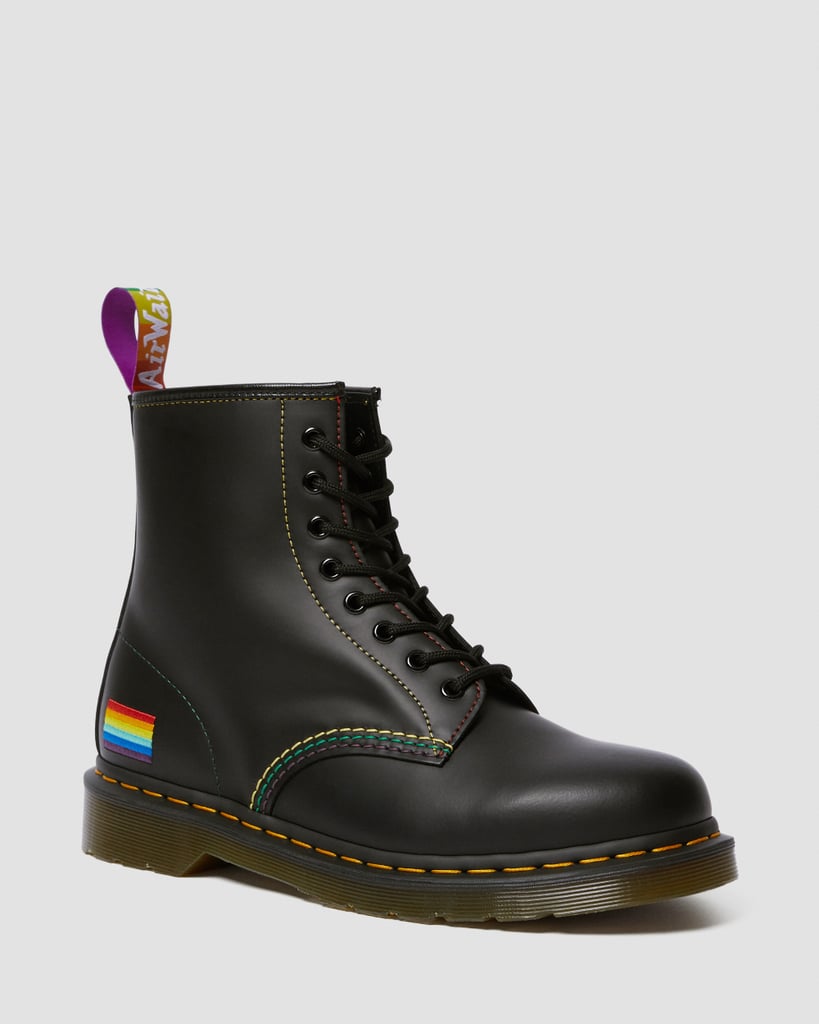 Guess what? Dr. Martens has reimagined its classic combat boot for Pride Month. The footwear brand has given its 1460 boot a rainbow makeover to support the LGBTQ+ community. In case you weren’t aware, each year, Dr. Martens releases a Pride-inspired 1460 boot as a tribute to the brand’s upbringing in subcultural circles like LGBTQ+. This year, the brand gave its iconic boot a subtle rainbow makeover that is perfect for anyone to wear.

The combat boots feature rainbow-colored stitching all over the shoe. They also feature a rainbow flag on one side of the boot as well as a rainbow pull tab. You can swap between either black laces or rainbow ones, too! As for the price point, the boots cost $150 and are available in a full range of adult sizes on drmartens.com.

Another amazing thing Dr. Martens is doing to celebrate Pride Month? Along with the redesigned combat boots, the brand is making a $25,000 donation to The Trevor Project, which is the world’s largest suicide prevention and crisis intervention organization for LGBTQ+ youth. Keep reading to get a closer look at the boots from all angles, then shop them if you want to support as well!