Women experience anxiety as they go through menopause during lockdown 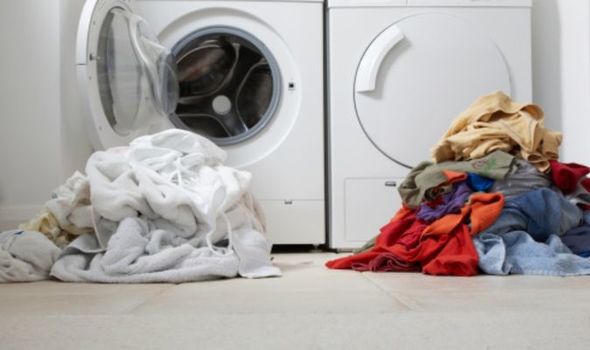 Scientists put a white t-shirt under a UV light to show the marks which are invisible to the naked eye. The marks you can see only make up around a third of the dirt on clothes – such as mud, stains and food. But other dirt not visible to usual scrutiny includes sweat, skin and bodily fluids.

It comes after research of 2,000 adults found one in six have re-worn t-shirts up to three times before washing them.

And a shocking one in five (22 percent) even admitted to re-wearing dirty underwear.

A scientist from Ariel Labs, which carried out the research, said: “While we tend to focus on the dirt we can see, this only makes up a small proportion of the total dirt on an item of clothing.

“Around a third of dirt on our clothes is from mud, stains, food – the marks you can see.

“But with the average male producing up to 55 grams of body soil per day – this is made up of sebum (grease), sweat, skin flakes and bodily fluids such as saliva and urine – need I say more.

“This can’t be seen by the naked eye and means up to 70 percent of dirt on clothes can be invisible, so there’s much more to that seemingly clean t-shirt than you might think.

“Clothes can appear deceiving on appearance – 34 percent of Brits believe if there is no obvious stain or smell it is easy to assume it doesn’t need washing and can be re-worn as many times until it does. However, this is not the case.” 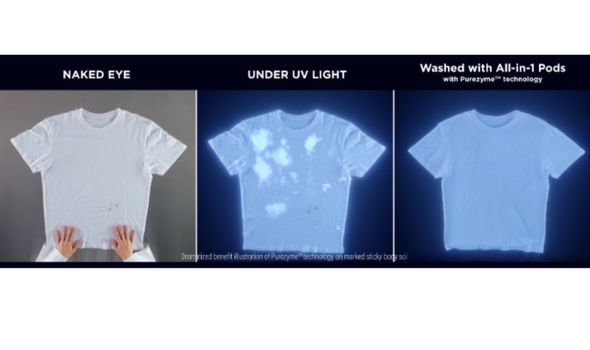 The study also found almost half of adults also admitted to taking dirty clothes out of the washing basket and re-wearing them.

And 76 percent owned up to doing the ‘sniff test’ before wearing a non-washed item.

A quarter of those polled blame their lack of enthusiasm to find an alternative piece of clothing as the reason why they re-wear dirty clothes.

T-shirts are the most popular item for being re-worn before washing, followed closely by jogging bottoms.

It also emerged that the most common place for adults to leave clothes that have been worn – but aren’t going to be washed – is on a chair or at the end of the bed.

And 22 percent put them back in the wardrobe or a drawer until the next wear.

Airing by hanging them up is the most popular choice for ‘cleaning’ clothes with a plan to re-wear them, while 29 percent of adults use deodorant or anti-bac spray to freshen them up.

More than half of those polled, via OnePoll, are happy to wear the same piece of clothing more than once without putting it in the wash.

Another 40 percent never bother to iron their clothes after coming out of the washing machine.

But while one in 10 avoid doing the washing because they dislike doing it, 16 percent don’t have enough time and 14 percent just have too much to keep on top of.

Ariel Labs’ scientist added: “Getting an extra wear out of a piece of clothing that might look clean is like skipping a shower just because you don’t have any mud on you.

“The soils our bodies produce are transferred onto our clothes and need to be removed, not only for good hygiene but also for good clothes maintenance as they can build up over time and cause fabric to become dingy, dull and stiff and odours to appear.

“The best way to ensure your clothes are truly clean and to maintain good laundry hygiene is to wash clothes regularly and use a high quality detergent, such as Ariel All-in-1 Pods with unique cleaning technologies like PurezymeTM.”

How often should clothes be washed

Related posts:
TV and Movies
'The Bachelorette': After Tayshia Adams Meets With Noah and Bennett, Fans Hope This 1 Contestant Goes Home
Jennifer Biry to Replace Pascal Desroches as WarnerMedia CFO
‘Soul’ Review: From the Minds Behind ‘Inside Out’ Comes an Even Deeper Look at What Makes People Tick
Molly-Mae Hague transforms her home into a Christmas paradise with silver tree, decs galore and cosy candles
Whoopi Goldberg, Morgan Freeman & Mark Hamill Among SAG-AFTRA Members Slamming Union’s Health Plan Modifications In New Video
Recent Posts
This website uses cookies to improve your user experience and to provide you with advertisements that are relevant to your interests. By continuing to browse the site you are agreeing to our use of cookies.Ok