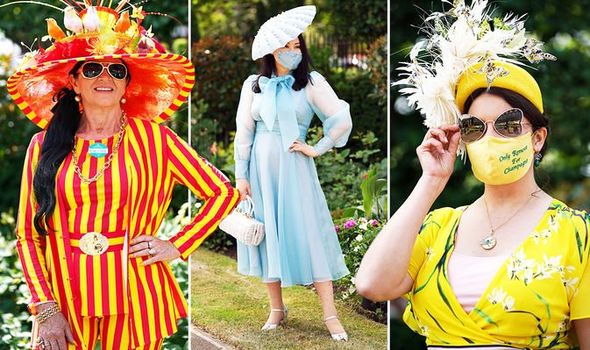 Britons have not had many chances to dress up recently and those attending Royal Ascot 2021 seem to have taken the opportunity to put on their fanciest gowns. Guests have chosen huge hats and colourful dresses.

Attendees were seen at the races today wearing their best frocks for the first Royal Ascot with guests for two years.

Following the usual style of the races, women attending completed their looks with huge hats.

Wearing a headpiece is expected and stated in the dress code.

The official Ascot website states: “Hats should be worn; however, a headpiece which has a solid base of four inches (10cm) or more in diameter is acceptable as an alternative to a hat. Fascinators are not permitted.” 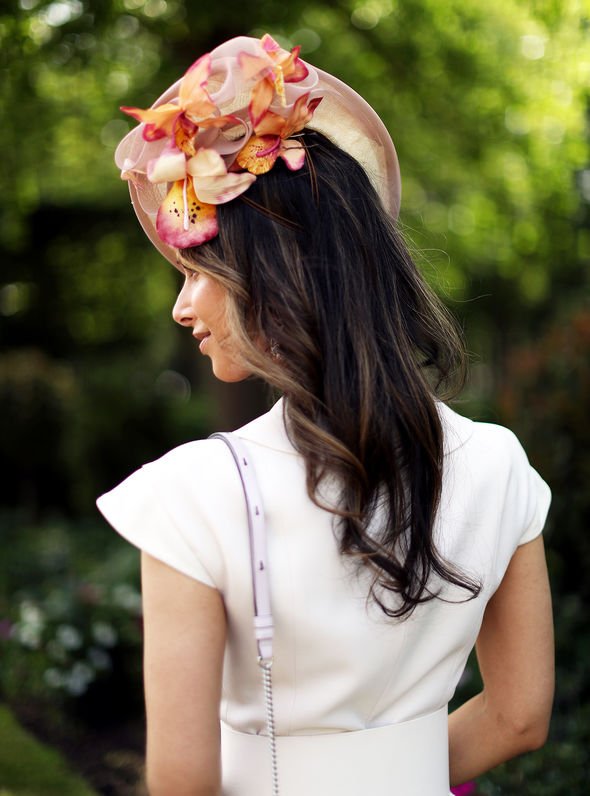 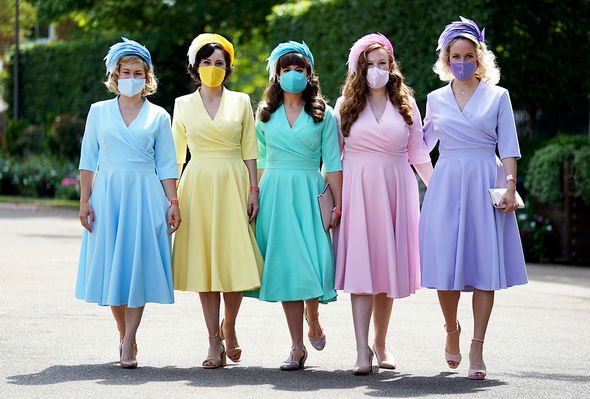 One woman arrived wearing an oversized bold red headpiece which was made from a lace material.

Another guest also chose to brighten up the races in a red dress and matching hat.

The large hat half covered her face and had black, white and red lace gathered at the back.

Another racegoer was seen wearing a large black sun hat which had a black bow tied around the middle.

Others used their hats to make a statement by choosing colourful and unique designs.

One woman put on an eye-catching display matching a colour hat to a mustard and red pinstripe suit.

The large pinstripe sun hat was decorated with colourful birds and a range of feathers.

Another chose a simpler look wearing a yellow headband with cream features and butterflies springing from it. 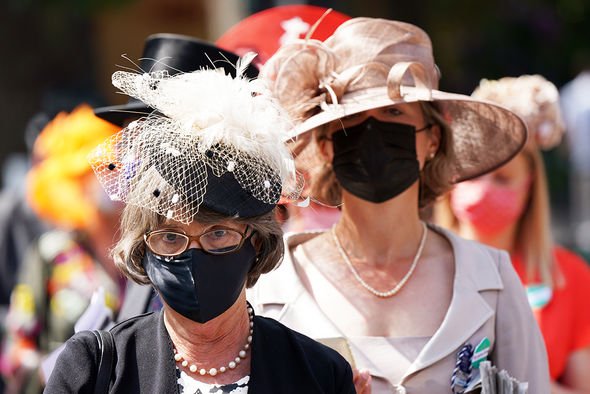 She wore it with a yellow face covering which read: “Only remove for champagne.”

This year, the number of guests who can attend the races has been limited due to ongoing coronavirus restrictions.

However, there are still a number of celebrities in attendance among the racing fans.

Actor Yuan Li arrived wearing a long sleeved baby blue dress which appeared to be inspired by royal looks of the past.

She matched the outfit to a pale blue hat which was designed to look like a shell. 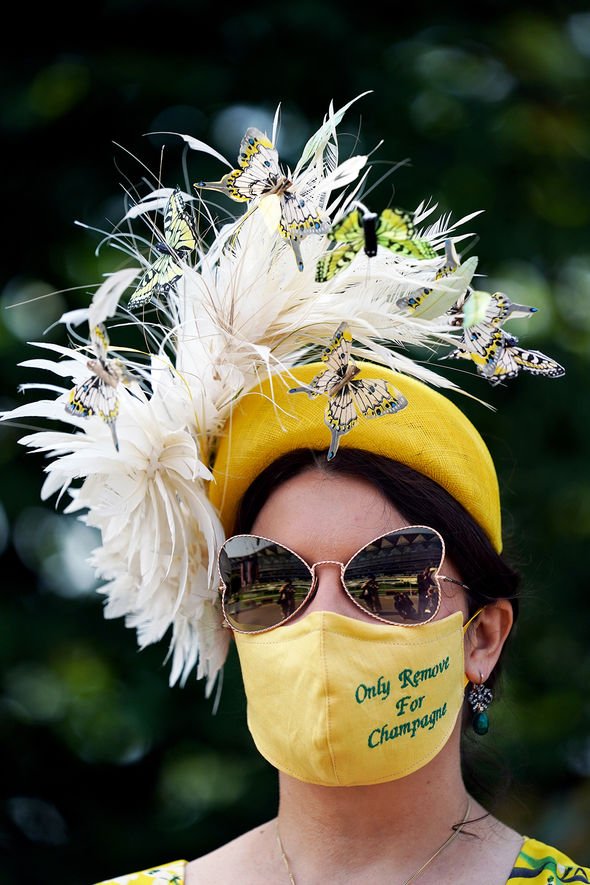 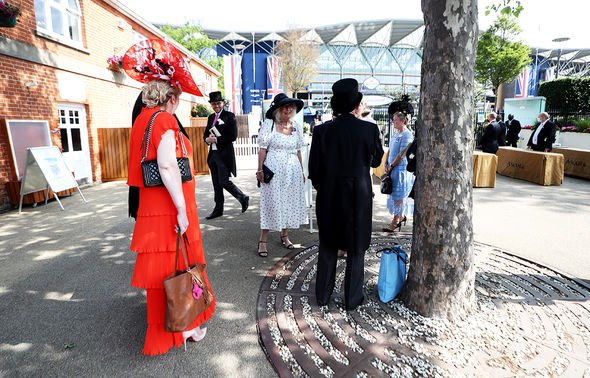 Each dress was in a similar crossover wrap style and all had three quarter length sleeves.

However, the colours were different and they wore blue, yellow, mint green, pink and purple between them.

They also opted for small matching hats which had a feathered design across the front.