Simone Biles is unsure of her return to the Tokyo Olympics.

The 24-year-old withdrew in the gymnastics team all-around event on Tuesday, citing a “medical issue” according to an official USA Gymnastics statement. However, it was not a physical injury that hindered Biles’ performance, but mental health, stating the pressure to be successful and stress of being the greatest gymnast in history was too difficult to combat.

“Physically she is fine,” Biles’ coach told NBC. “But she is done for tonight.”

In the vault stage of the team event, Biles struggled with her landing, which cost Team USA points as they faced difficult competition in the Russian Olympic Committee. Afterward, she left the floor with her trainer and withdrew from the event as a whole.

Though Biles’ teammates Jordan Chiles, Grace McCallum and Sunisa Lee stepped up to the plate to perform their best, they fell short of being champions for the third consecutive Olympics. The Russian Olympic Committee won the gold medal, with the United States taking silver and Great Britain with the bronze.

During a press conference after the event, Biles spoke more on what was going through her mind. “I just felt like it would be a little bit better to take a backseat. Work on my mindfulness,” she said. “I knew the girls would do a great job, and I didn’t want to risk a team medal for my screw-ups.”

“There was definitely a lot of emotions going through all of our heads,” Lee said at the press conference on finishing without Biles. “We were going through so much. We were very stressed, put a lot of pressure on ourselves, but we ended up coming back.” 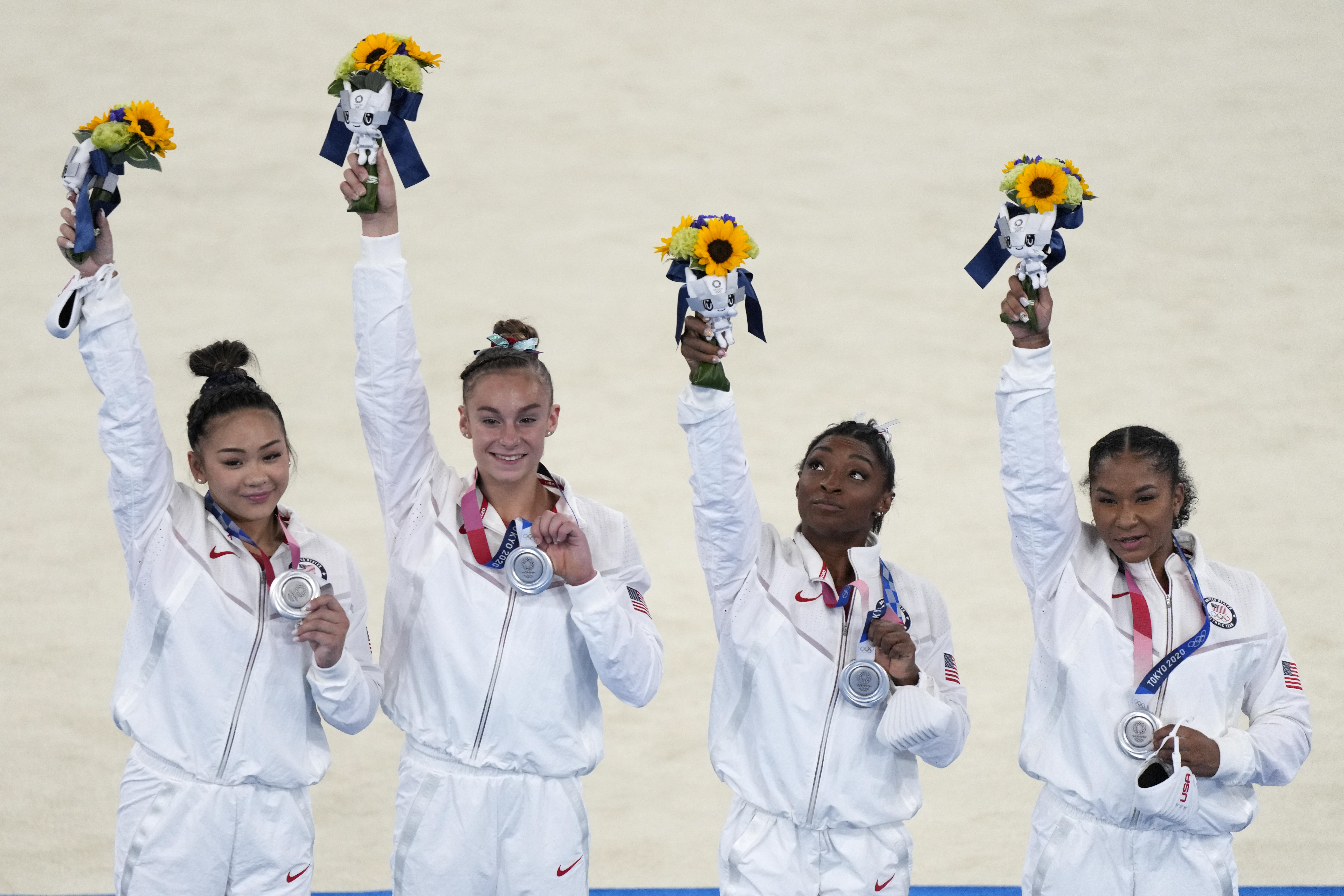 Biles mentioned she will rest tomorrow and decide then whether she’ll be able to compete in the remaining gymnastics events.

In the 2016 Summer Olympics in Rio de Janeiro, Biles stunned the world when she won four gold medals, including the team event, the individual all-around, the vault and the floor exercise. Since then, Biles continued to win more medals and has become one of the most decorated athletes in history.

The winning team of the Russian Olympic Committee consisted of Angelina Melnikova, Lilia Akhaimova, Vladislava Urazova and Viktoria Listunova, with the latter two being only 16 years old.

The individual all-around is the next event for gymnastics, which will air Thursday, July 29 at 6:50 a.m. ET on NBC.

A Look Back at Simone Biles’ Fashion Deals

17 Athletes to Watch at the 2020 Tokyo Olympics