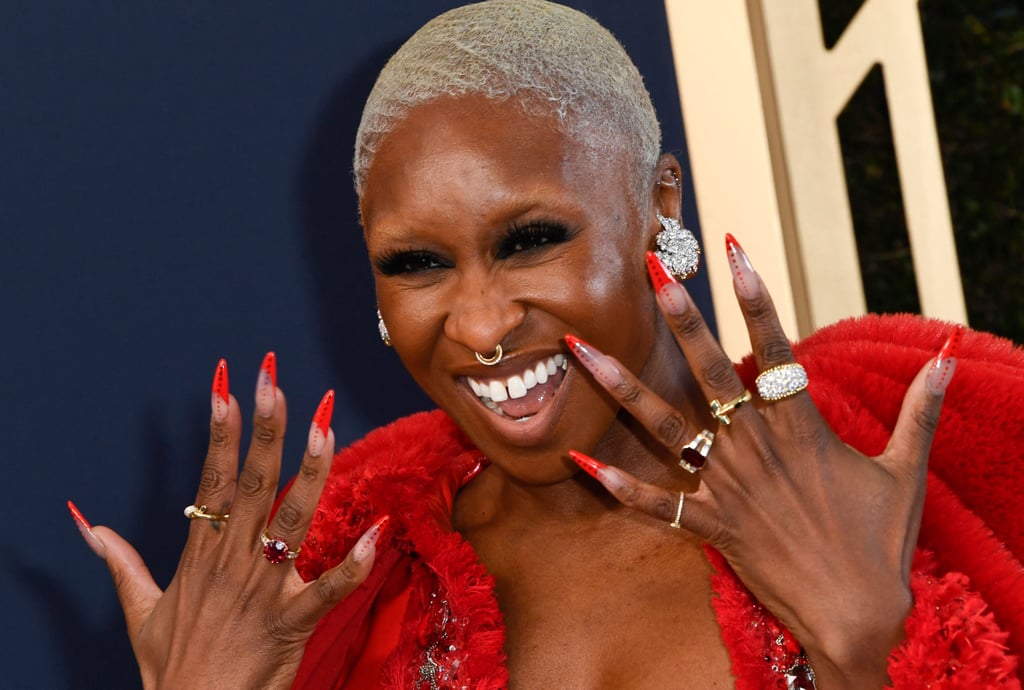 The 28th Annual Screen Actors Guild Awards are Sunday night, and the show most definitely brought the heat — especially in the beauty department. With a nominee list that reflects all the hottest actors and actresses of the year, it should come as no surprise that the hair and makeup looks would be just as off the charts.

The best glam looks include, but aren’t limited to matching outfit/hair accessories, bubble ponytails, and lots of french manicures. For nails, Laverne Cox’s wore the crystal french manicure trend with her neutral embellished tips while Cynthia Erivo rocked a red french manicure with dots down the center. In the hair category, Poppy Liu’s served major hair inspiration with her trendy bubble ponytail and curtain bangs combo. And, of course, the cast members of your favorite shows like “Squid Game” and “House of Gucci” shined on the red carpet with looks that deserve awards of their own.

Take a look at the best beauty looks from the show ahead. We can promise that you’ll be starry-eyed.