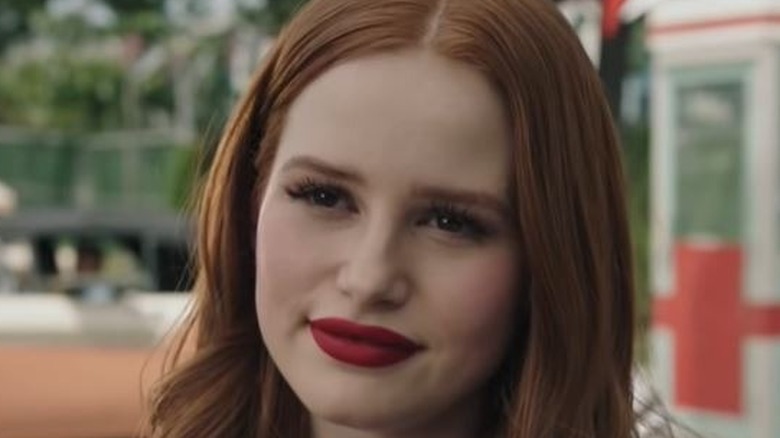 “Riverdale” is full of beauty icons, but nobody shines brighter than Cheryl Blossom. The iconic queer character, portrayed by Madelaine Petsch, is known for her scheming ways but no matter what Cheryl is up to, she’s always sporting casually tousled auburn locks and a signature red lip. The actress tasked with bringing Cheryl to life acknowledged to Glamour she also has a go-to shade. “I’ve had pretty much the same color on my lips for the last three years,” Petsch revealed to the outlet in 2018.

Funnily enough, however, she opts for “a mauve nude” shade rather than her most famous character’s attention-grabbing hue of choice. In fact, most often, the actress can’t be bothered and just slicks on some lip balm before heading out. She has learned from Cheryl though, admitting that prior to “Riverdale,” she “was always really afraid to go big with my makeup.”

Petsch might not be opting for red-hot lips IRL, but if you’re wondering what shade she wears as Cheryl, here is the exact one.

The attention-grabbing hue is also a bargain buy 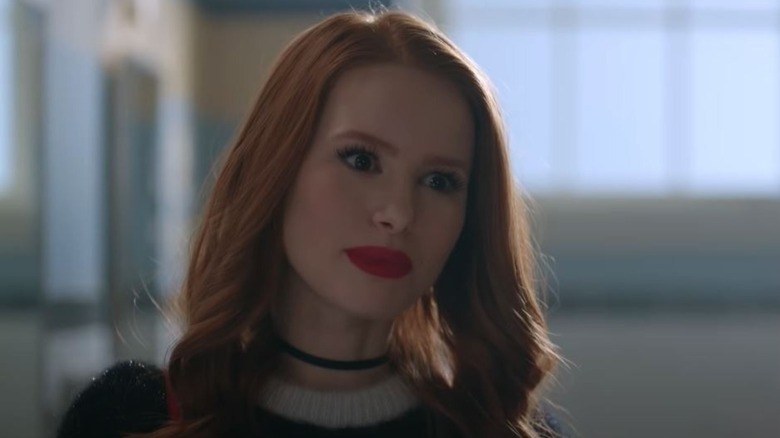 While chatting to Refinery29, the makeup artist for “Riverdale” revealed that Madelaine Petsch wears none other than Lime Crime’s Red Velvet Matte ($20 from Lime Crime’s website) when playing Cheryl Blossom on the show. The color is not just about looking great, either. The stunning actress revealed to Refinery29 that Cheryl’s fashion and beauty choices subtly communicate what the character is dealing with internally. For instance, wine-colored nails symbolized Cheryl “going through a darker period of time.” The “Riverdale” star enthused, “It’s tiny details like that, that our makeup artists think of. We show motifs and emotions through the way she looks.” Likewise, how closely the young lady has clung to her signature look might have something to do with how badly Cheryl was mistreated by her parents growing up and was compounded by the fact her beloved twin brother was murdered.

Petsch advised, “My interpretation of the red is that this is something her family has forced on her for a long time, that red is the color she always has to be wearing.” As the character has grown more into herself, she’s started experimenting with wearing different hues, both in her outfits and makeup looks.

Still, although the HBIC of the drama-ridden town will naturally undergo many personal changes as the show continues on, Petsch reassured PopSugar her killer red pout isn’t going anywhere. “I’m still wearing red lipstick,” she confirmed, quipping, “My lips are basically red constantly. Like they grow, red.”