AN ethical designer has revealed a trendy light collection made entirely from recycled lenses from glasses – and you never would have guessed.

Waste is a serious issue in the eyewear industry with a small optician typically binning 200 new display lenses a week. 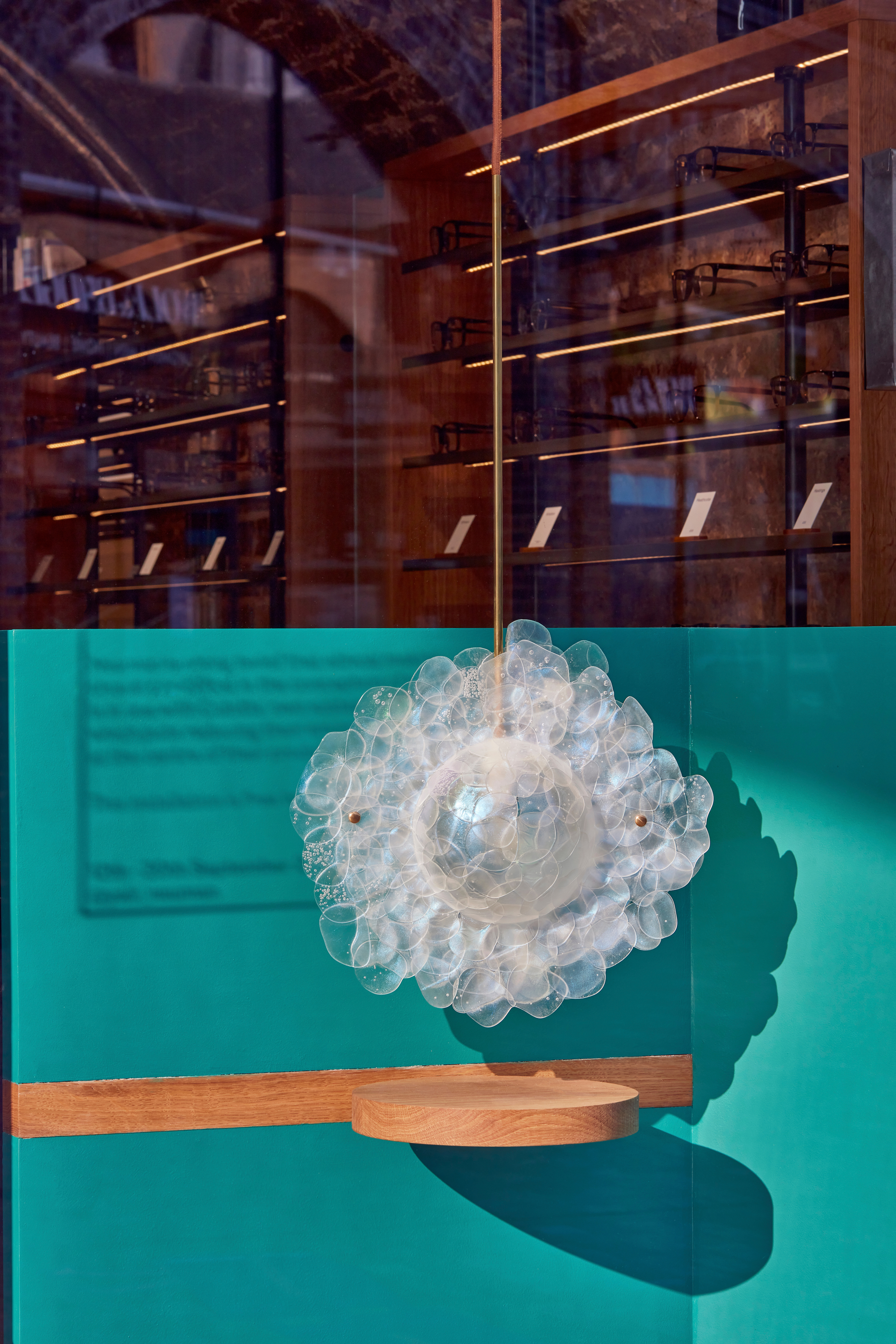 To combat the issue, Yair Neuman decided to repurpose lenses otherwise destined for the dump and transform them into striking, sculptural lights.

His ‘Lens Light collection’ is made up of hanging spheres, flower lamps, pendants, a fan-shaped base light, and a vase light.

The London-based designer, who has partnered with modern specs maker Cubitts on the project, said: “Witnessing the enormous waste generated in the processes of selling eyewear was the beginning of this project.

“By simply collecting these lenses, experimenting to make a new material, we now have, in effect, a new supply chain.” 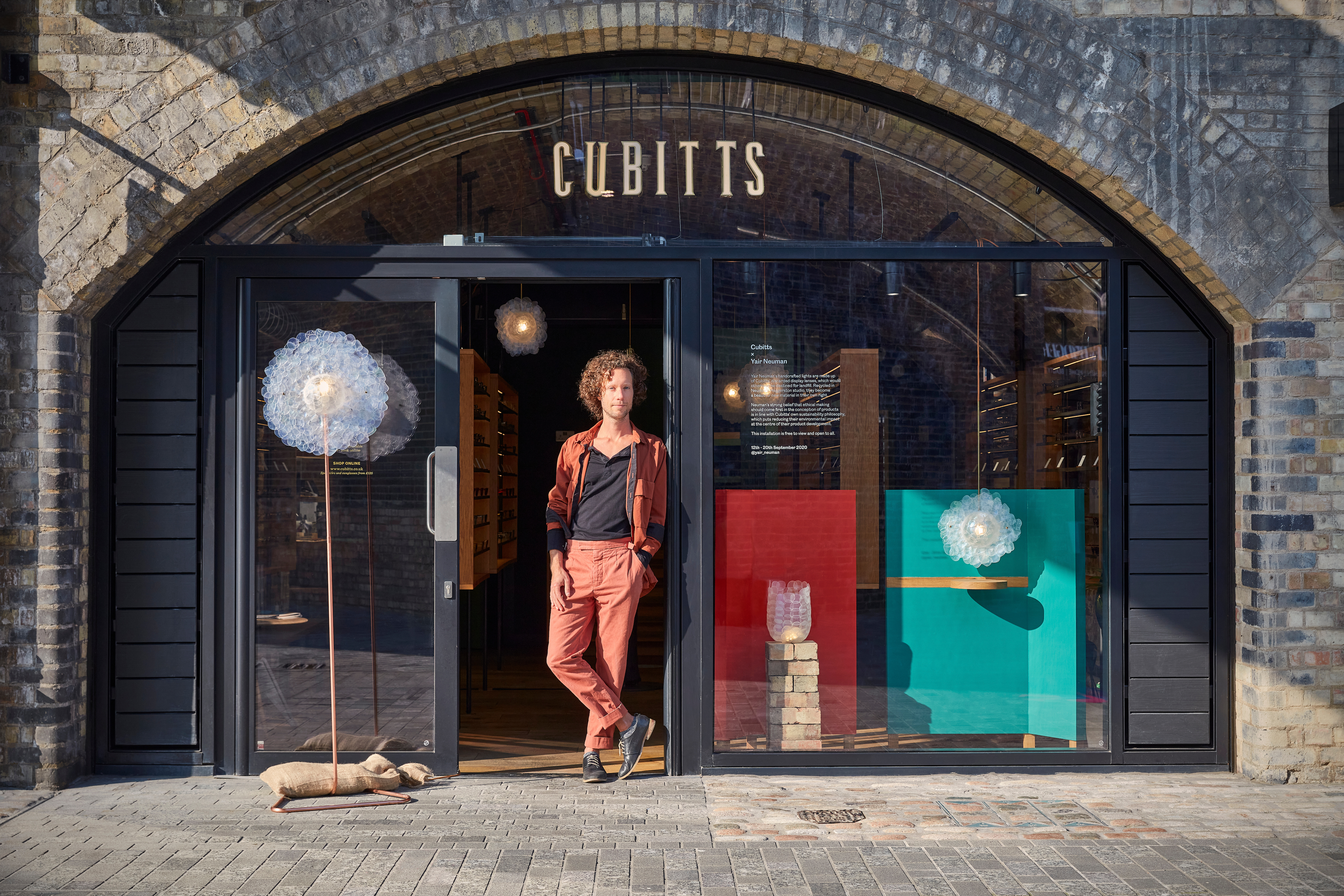 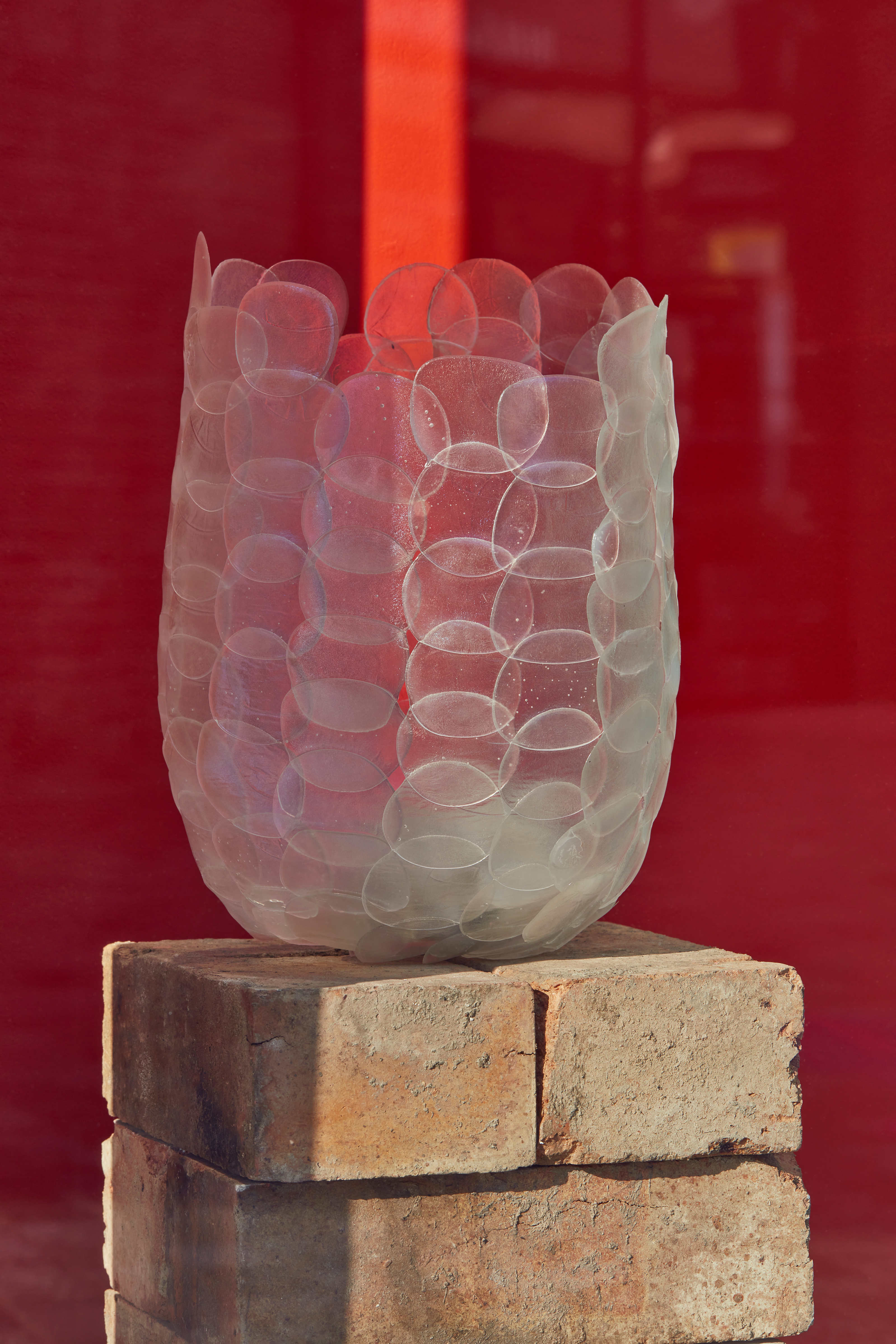 At Cubitts, as with most eyewear stores, frames are displayed with dummy ‘plano’ lenses that are replaced with prescription lenses once selected by the customer.

They are made from optical grade polycarbonate and usually destined for landfill.

Experimenting in his studio, Neuman developed a method to fuse the lenses into a sheet material.

He creates texture in the pressed sheets by working with the lens form and curve direction, shaping the sheets using jigs, manual moulding and freehand, to create the six unique lights. 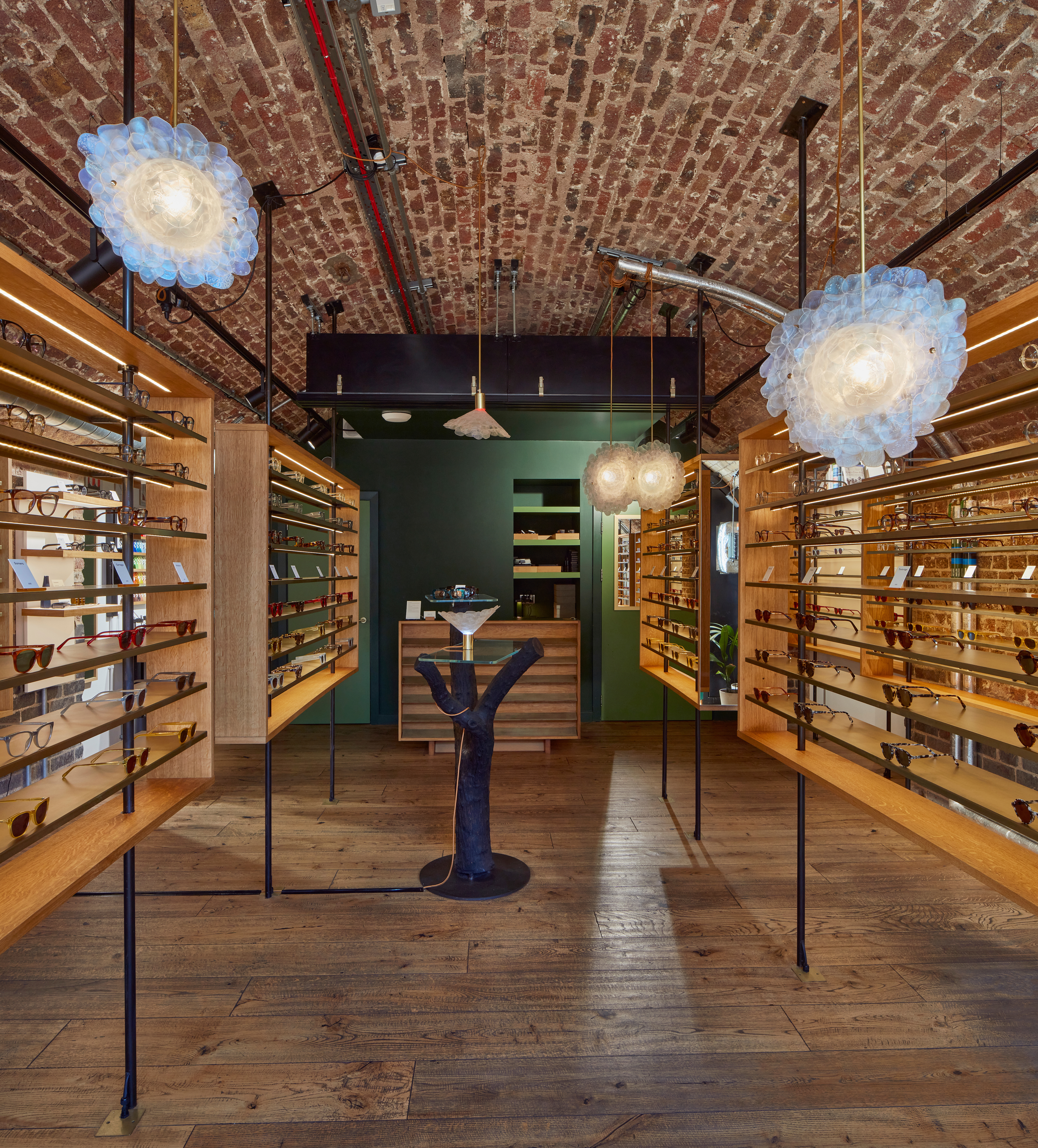 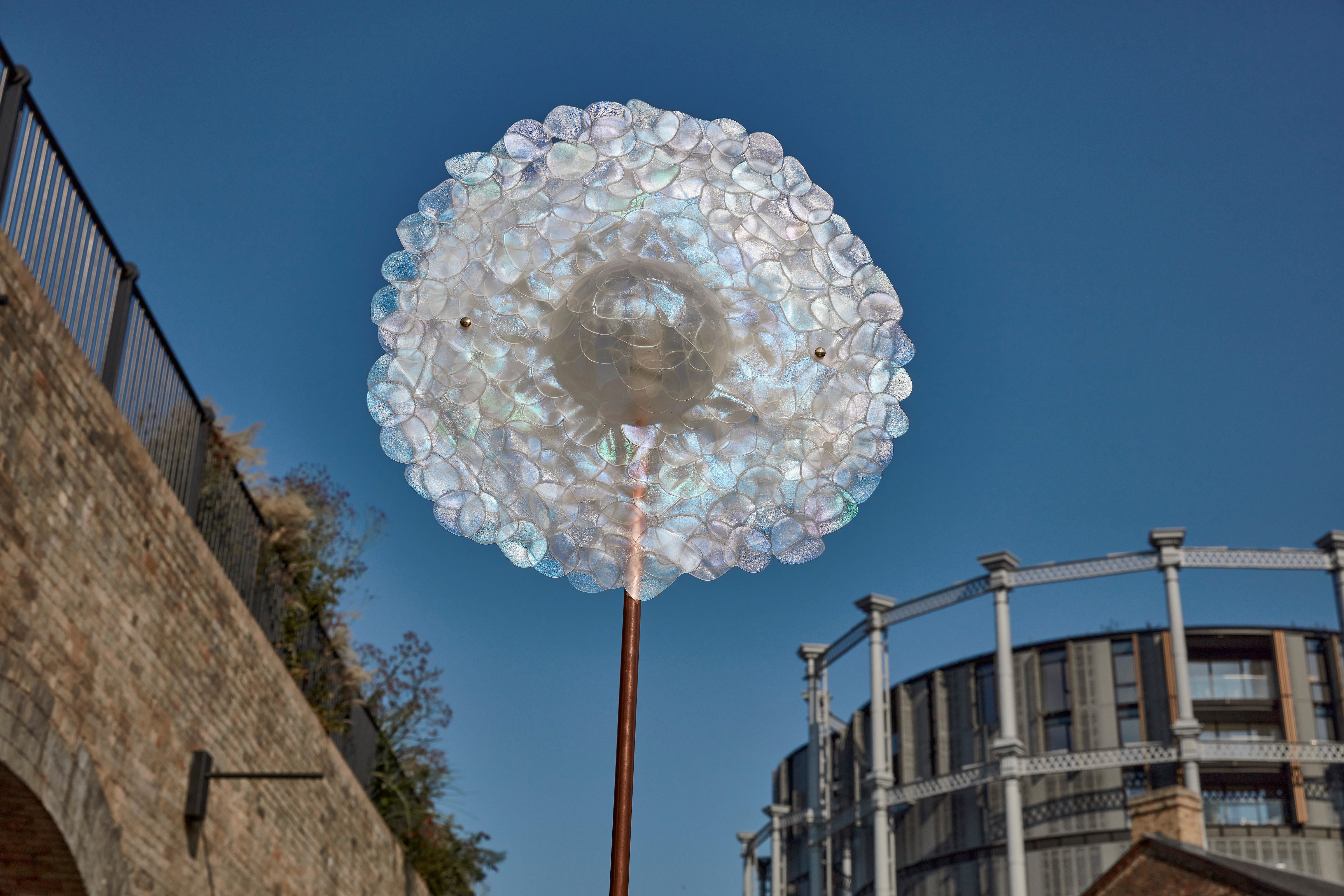 The material captures and emits light, with its gleaming iridescent surfaces while embedded filters in the lenses mean colours change depending on the viewing angle.

Neuman’s strong belief that ethical making should come first in the conception of products is in line with Cubitts’ own sustainability philosophy, which puts reducing their environmental impact at the centre of its product development.

In the past, Cubitts has made cleaning cloths from recycled plastic bottles, glasses cases cut from a pattern that utilises every bit of fabric, and chains made from their own off cuts. 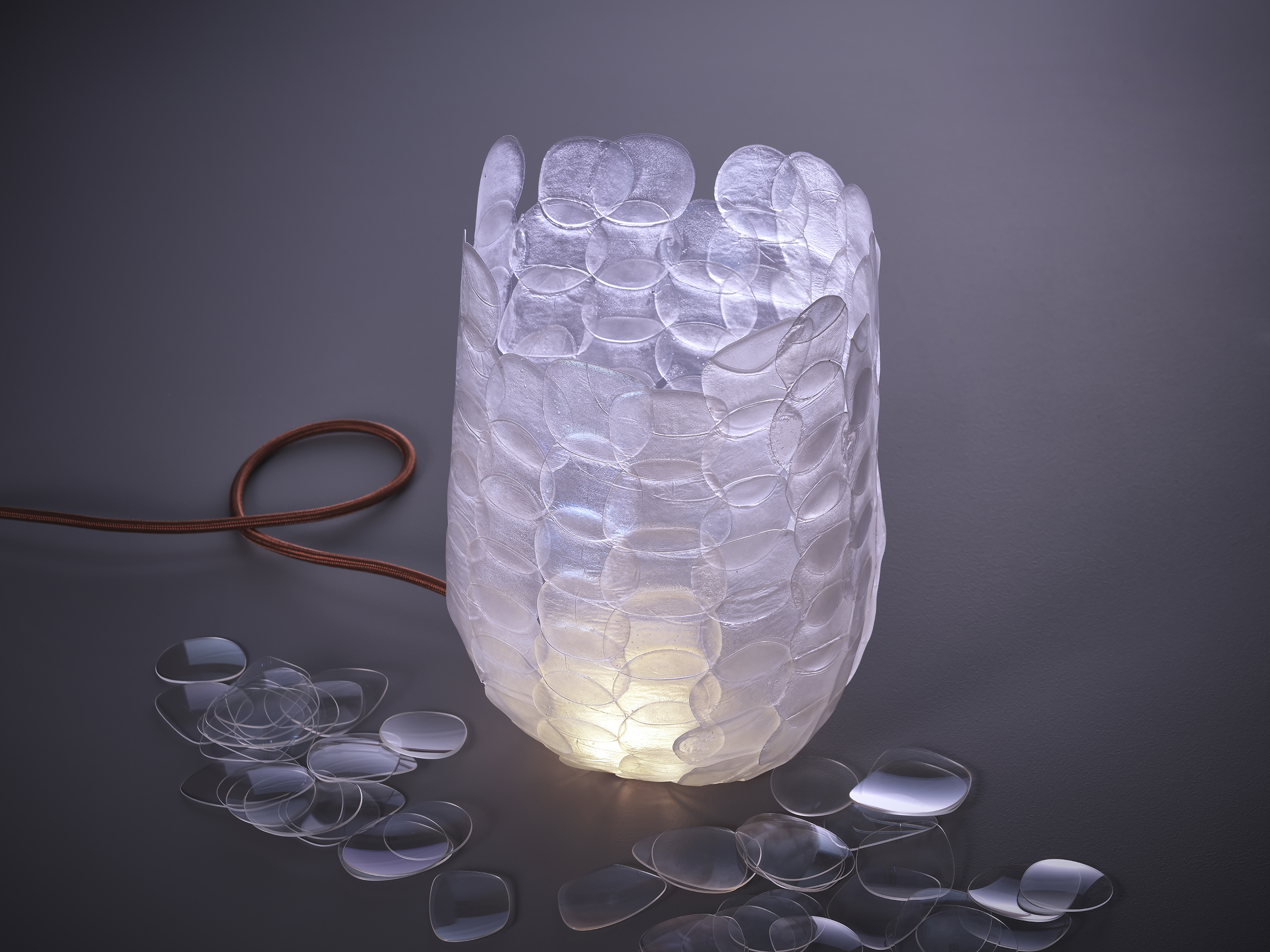 Neuman added: “Cubitts has been singular in their support to make this installation happen.

“Most of all the Lens Lights are designed to be aesthetically pleasing, thought-provoking and honest.”

The Lens Light collection in collaboration with Cubitts is installed at their eyewear firm’s Coal Drops Yard shop in King’s Cross, London, until September 20.

Vote in our Good Influence Awards and win £500

Fabulous is launching its Good Influence Awards to celebrate women using their platforms for good, turning social media into an empowering space.

To be in with a chance of winning £500,vote for your faves before 11.59pm on Sunday September 20 to and help us decide the shortlist.

The winners will be selected by our judges Maura Higgins, Katie Wallwork and Nana Acheampong.

What are you waiting for? Get voting!

We also shared how people are turning cupboards-under-the-stairs into playrooms, gaming dens & even DOG beds, here’s how to do for cheap.

For more DIY hacks, one woman shares her cheap IKEA hack which instantly makes your room look twice as big.

As we previously told you, one DIY fan who couldn’t afford new shelving transformed an old Ikea unit instead – and it cost her next to nothing.