Modern Love in miniature, featuring reader-submitted stories of no more than 100 words.

Still Cooking Side by Side

I fry cutlets for chicken parmigiana, doing math: In my 53 years, I have fried thousands. My mother taught me. When I was 7, we would fry chicken side by side, her hip touching mine. “Cover yourself,” she would say. “You’ll get hurt and dirty that shirt.” As a teenager, I’d snap, “Ma, I hate when you use ‘dirty’ as a verb.” But, no matter the age, I would listen and grab an apron. More math: It’s been over two decades without her. But still, like magic, she reminds me to separate the cutlets and back away from the flame. — Kathy Curto 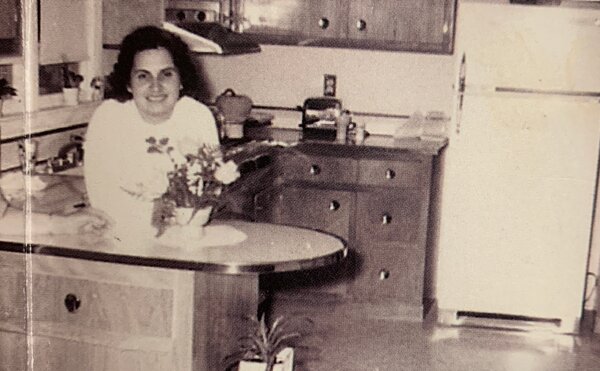 My abuela raised me, her first grandson, in Santiago in the 1970s, while my parents worked to support us. Then, when I was 6, we moved to Melbourne. I missed my abuela. When I was 15, she visited us in our new country, where she didn’t speak the language but still bargained at the market. At 24 and beginning law school, I returned to Santiago. My abuela cooked me lunch every day. A practicing lawyer at 40, I returned in time to say goodbye at her bedside. My family doesn’t say “I love you,” yet by my being there, I think she knew. — Miguel Belmar Salas

Miraculous in the Mundane

My husband and I were 30 with three children under the age of 6 when we adopted a 16-year-old from foster care. Days were spent trying to be cool and strict and look like we knew what we were doing. Sleepless nights were spent recounting the day’s failures. But every morning we got up and did it again. Made mistakes. Laughed. Cried. Argued. Apologized. Prayed. Reminded Brandan to wear his retainer. Cheered for him at football games. Cut his hair in the garage. And, somewhere in the mundane, I became Brandan’s mother. And Brandan became my son. — Denise Kendrick

In my 40s, I spent summers with my widowed mother in England. Before returning to New York, I would write playful notes and hide them around her house. Under the silver candlestick, she discovered: “The butcher, the baker and the candlestick maker — and your daughter — love you.” For weeks after I left, she would call and laugh. “I found another one of your little notes!” Cleaning out her house after she died, I found a box in her bedroom. Inside was every note I’d given her, organized by year — a gift she gave back to me. — Jennifer Fell Hayes

Want more from Modern Love? Watch the TV series; sign up for the newsletter; or listen to the podcast on iTunes, Spotify or Google Play. We also have swag at the NYT Store and two books, “Modern Love: True Stories of Love, Loss, and Redemption” and “Tiny Love Stories: True Tales of Love in 100 Words or Less.”