GROWING up, Esther Calixte-Bea felt ashamed whenever hairs cropped up on her chest.

As a teenager, the artist, from Montreal, Canada, "obsessively" shaved and waxed out of fear her school friends would see her unusual body hair. 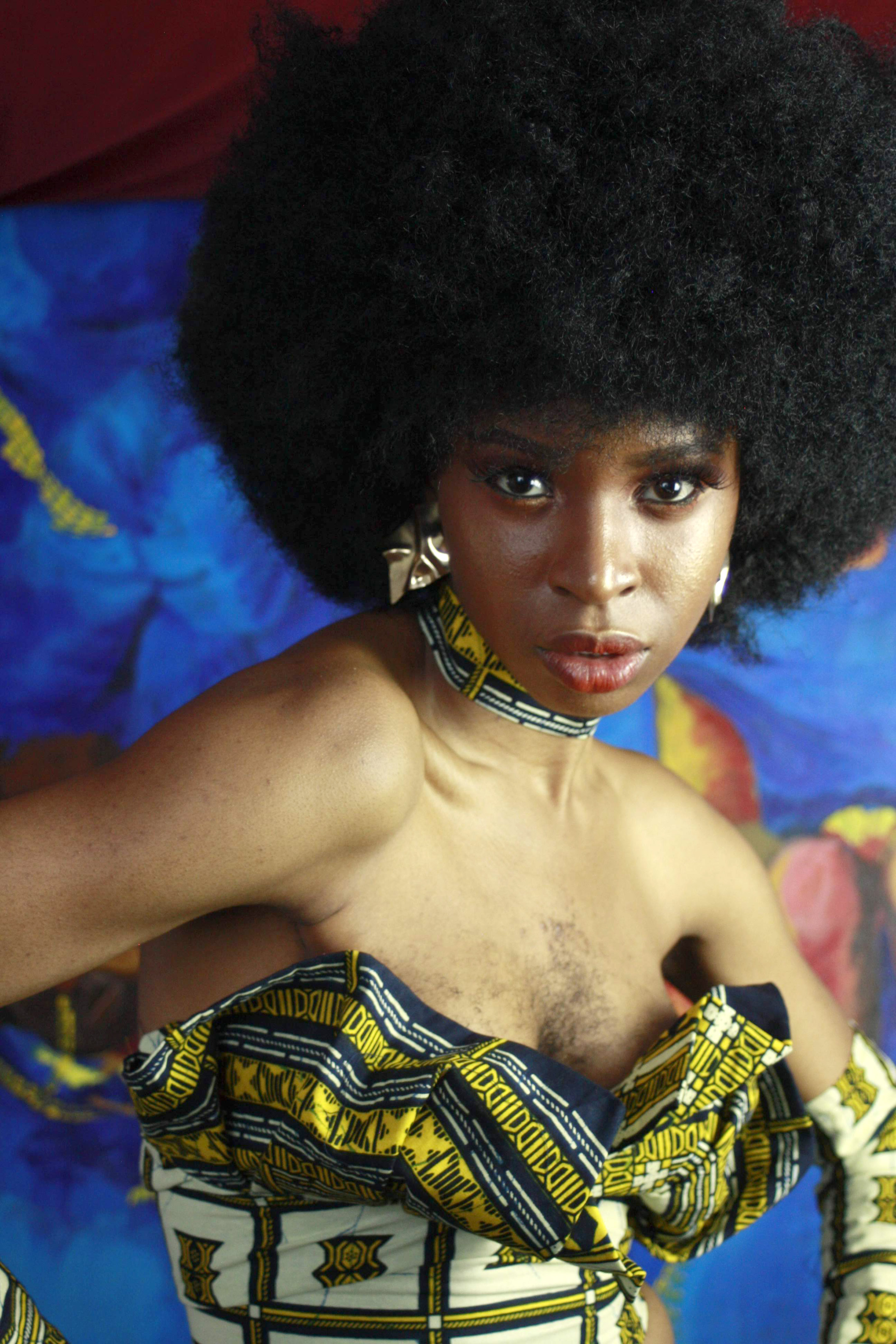 "I would freak out if just two hairs appeared," Esther recalled. "Shaving and waxing caused me tremendous amounts of pain."

Describing how she's just a "very hair person", she added: "There is no medical explanation behind my hair.

"I have recently learnt that the women on my father's side are quite hairy and it is perfectly normal."

"I come from the Wè tribe in Ivory Coast, Africa, and the women in my great grandmother's time were very hairy and it was seen as beautiful." 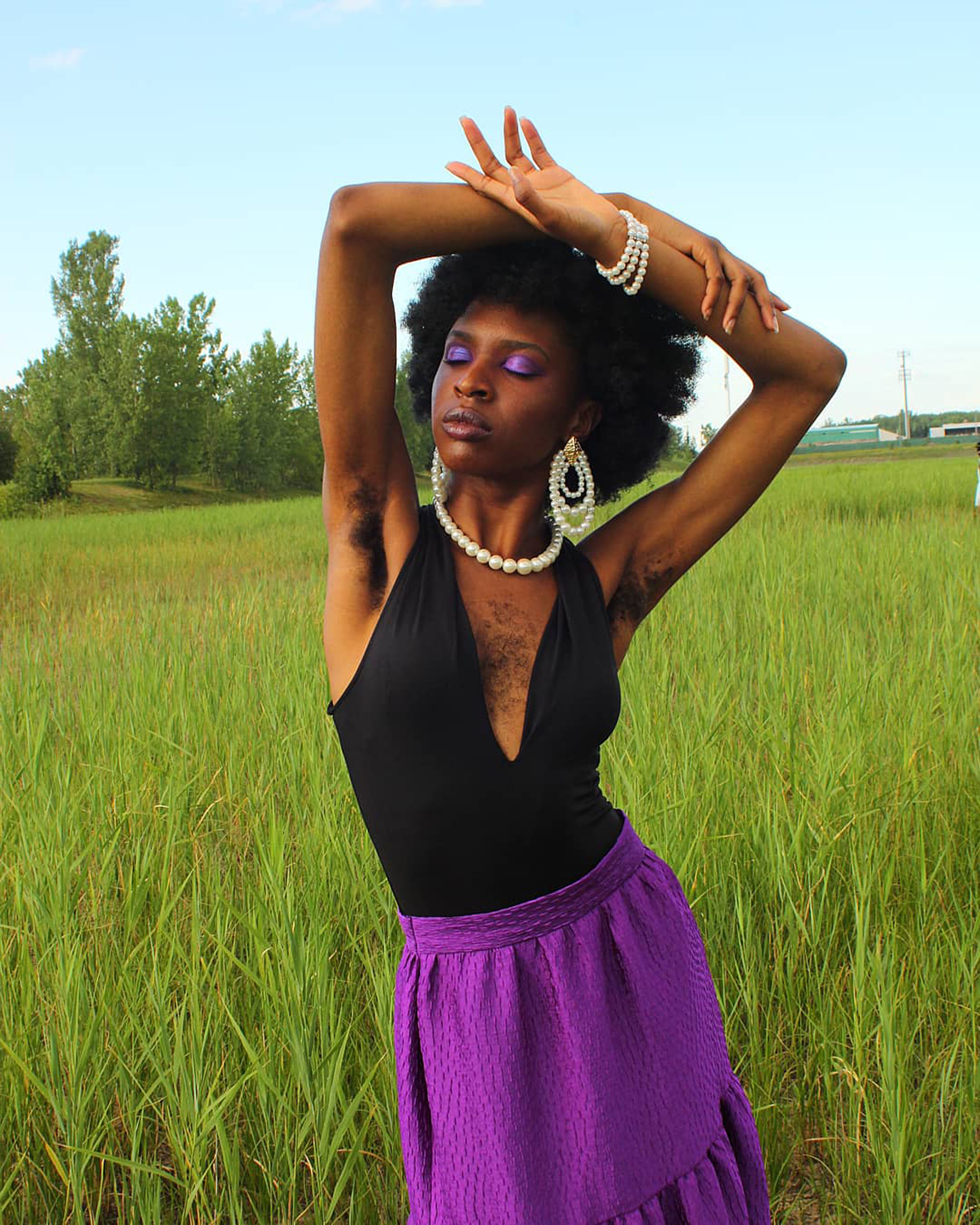 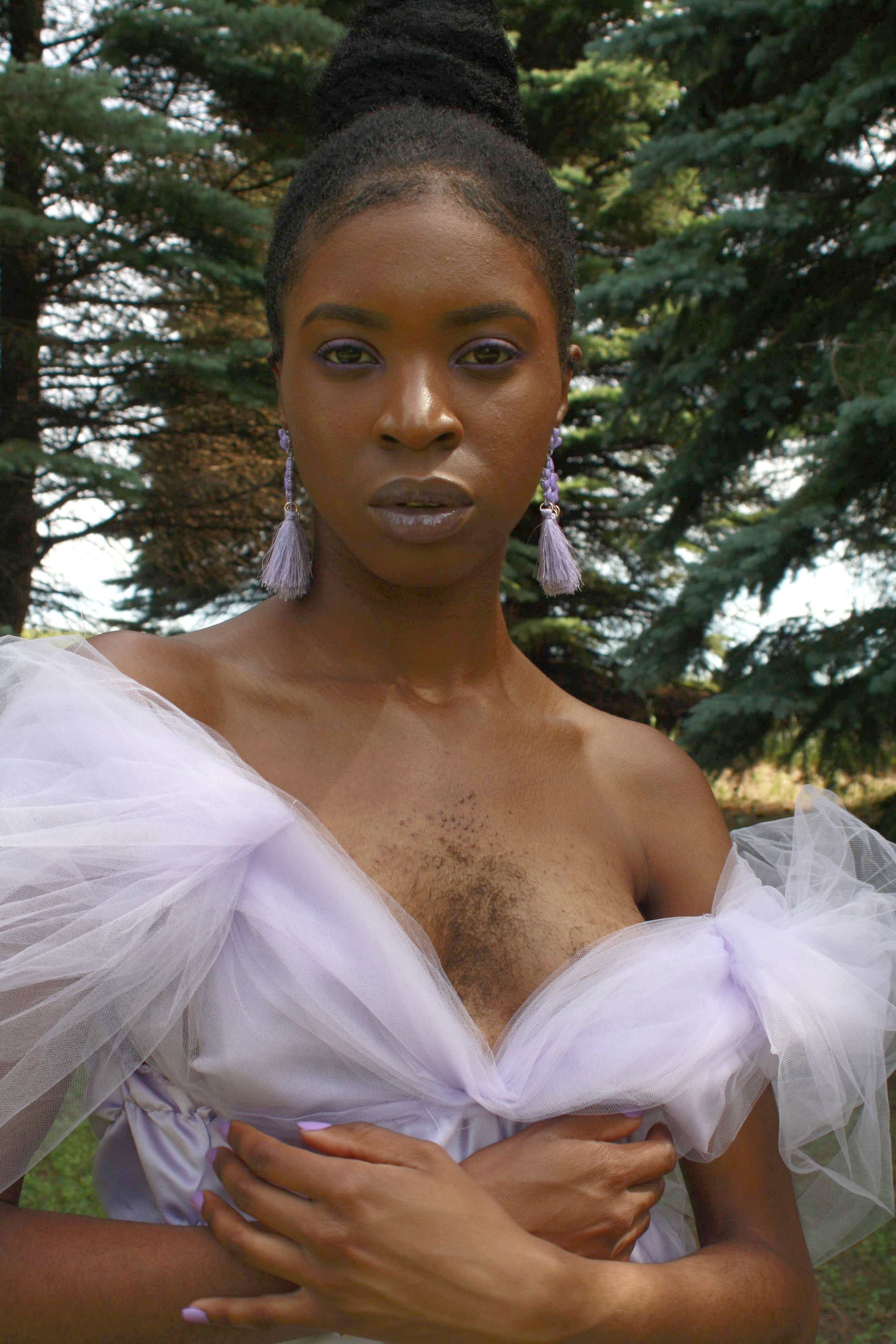 But developing a hairy chest as a teenage girl in the noughties wasn't easy for Esther and she struggled with depression for years.

The body positivity activist said her body hair was a "heavy burden" for many years and it even left her suicidal in her teens.

She continued: "It has taken me most of my life for me to accept my body and embrace who I am.

"I became fed up with feeling insecure and shy. It was tiring carrying around a heavy burden and hiding my hair from people."

I would freak out if just two hairs appeared. Shaving and waxing caused me tremendous amounts of pain

In the summer of 2019, Esther decided to confront her fears and stopped shaving completely.

"It is the best thing I have ever done as I feel sexier and comfortable in my own skin," she said. "It was more hassle than it was worth."

At first, Esther felt nervous going out in shorts that showed her hairy legs – but now feels totally comfortable in her own skin. 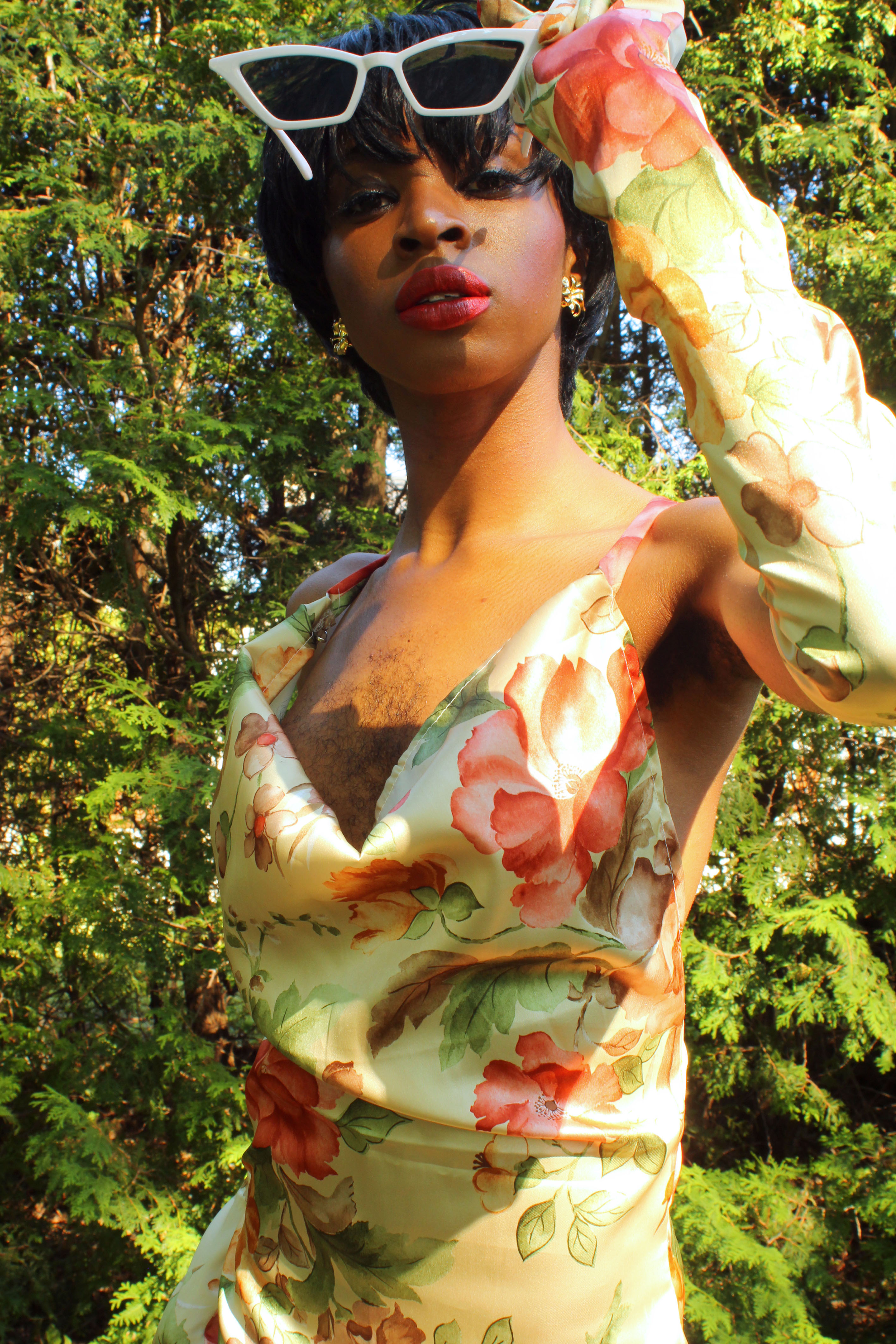 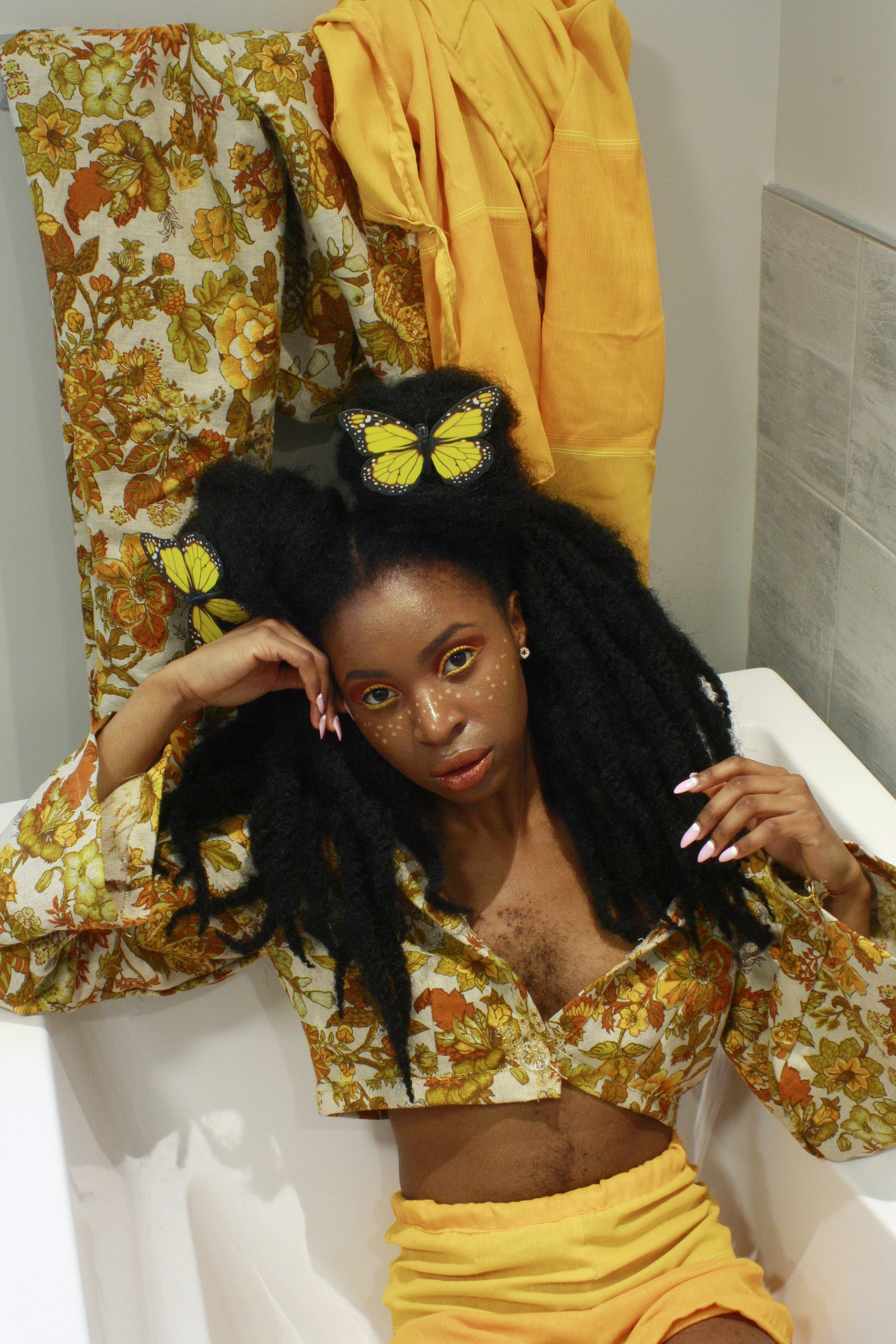 Now that she proudly wears clothes that show off her leg, armpit and chest hair, Esther questions why she ever felt the need to cover it in the first place.

She added: "If women weren’t supposed to have hair, we wouldn’t grow it. It is the society that tells us to shave.

"I have redefined beauty for myself and I no longer allow society to dictate it for me. I have decided what beautiful is for me."

Although Esther says she's occasionally filmed while out and about, she says the reaction has been 90 per cent positive.

What causes women to grow hair on their chests?

"I have received thousands of messages from women all over the globe who thought they were alone," Esther said. "I have shown them that facial and body hair is nothing to be ashamed of."

The artist also paints women with body hair in a bid to normalise it.

"I paint beautiful pictures of women who have hairy bodies," she added. "I don’t want hair to be an obstacle anymore. I refuse to victimise myself because of it.”

For more real life stories, this traveller groom who said he’s a ‘two woman kind of man’ dumped his pregnant girlfriend because ‘arguments are bad luck’.

And family found a hidden message left by girl inside second-hand caravan – and people think she’s a ‘legend’.

Plus this woman was called a ‘disgusting fat pig’ who was good for ‘one f**k’ by her Tinder match so she got him fired.