A WOMAN who's worth £230,000 at just 25 has revealed her money-saving food recipes and a few supermarket tips that'll help keep the grocery bill down.

Queenie Tan, from Sydney, is a Marketing Manager and YouTuber and started investing at just 19, which has allowed her to accumulate her wealth in just a few years. 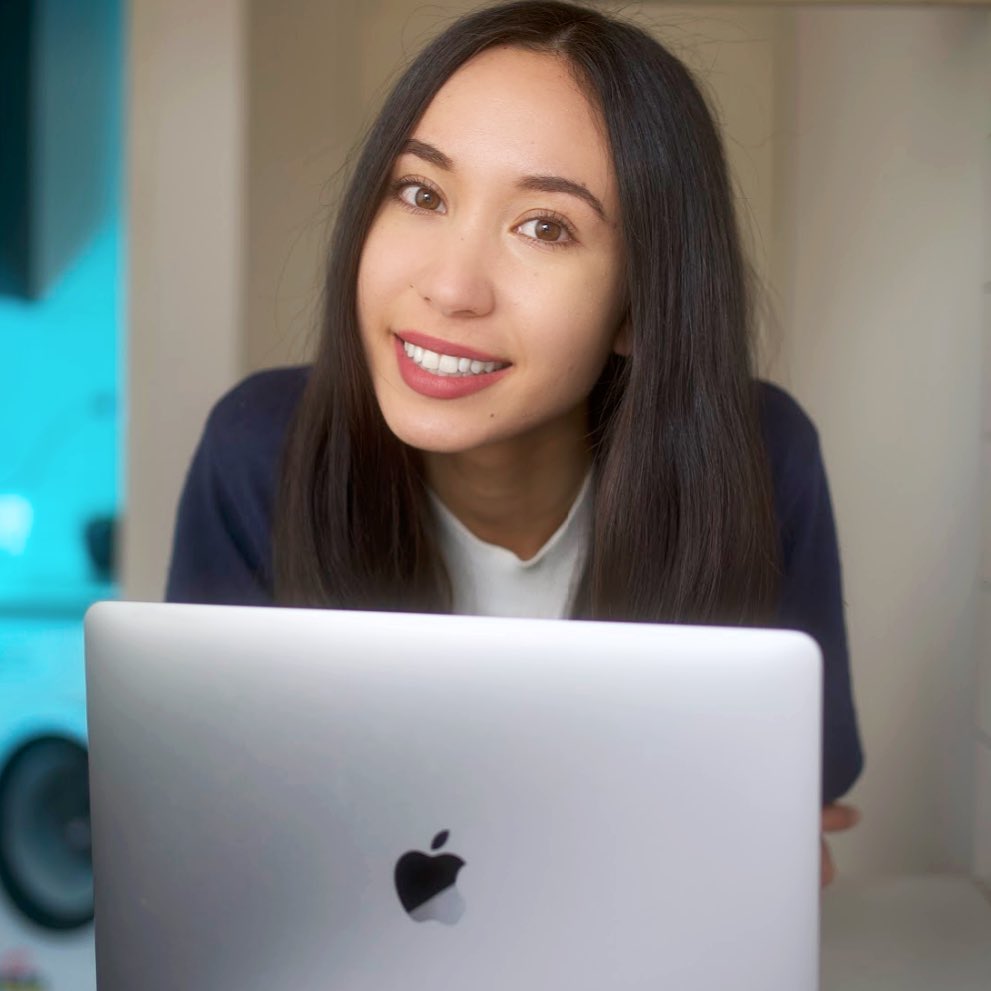 But Queenie, who lives with her boyfriend Pablo, is conscious about what she spends on a daily basis and has now shared her top three budget-friendly meals.

All three meals are super quick and easy and cost less than £3 a serve which is ideal for cutting costs while eating well.

What's more, Queenie has a few supermarket hacks up her sleeve which allow her to reduce her weekly spend on food.

"Eating well on a budget does not mean you need to put up with cr*p food," she said in her recent video.

"Here are three of my favourite go-to recipes that taste great and can be made for under $5 (£2.64) per serve.

For Queenie, who is pescartarian, the meals are all meat free, but she suggested adding some meat if you wish without spending loads more.

1. Pre-heat oven to 240 degrees Celsius, cut vegetables into cubes, placing them into a bowl.

2. Cut onion into quarters and peel off the layers. Place asparagus and cherry tomatoes in a separate bowl.

3. Crush garlic and add it to the vegetable mix. Add a teaspoon of salt, olive oil and pepper to vegetables and mix.

4. Lay them out on a baking tray and bake in th oven for 20 minutes.

5. While that's cooking, cook your pasta in boiling water.

6.At the same time, make your marinade by cutting a lemon in half and squeezing out the juice. Add the garlic, extra Virgin olive oil and salt and pepper and mix it in a bowl before adding your cubed feta.

7. After 20 minutes, add the asparagus and tomatoes to the tray and put it back in the oven for another five minutes.

8. Remove the veggies from the oven and mix with the pasta and marinade, stir well. 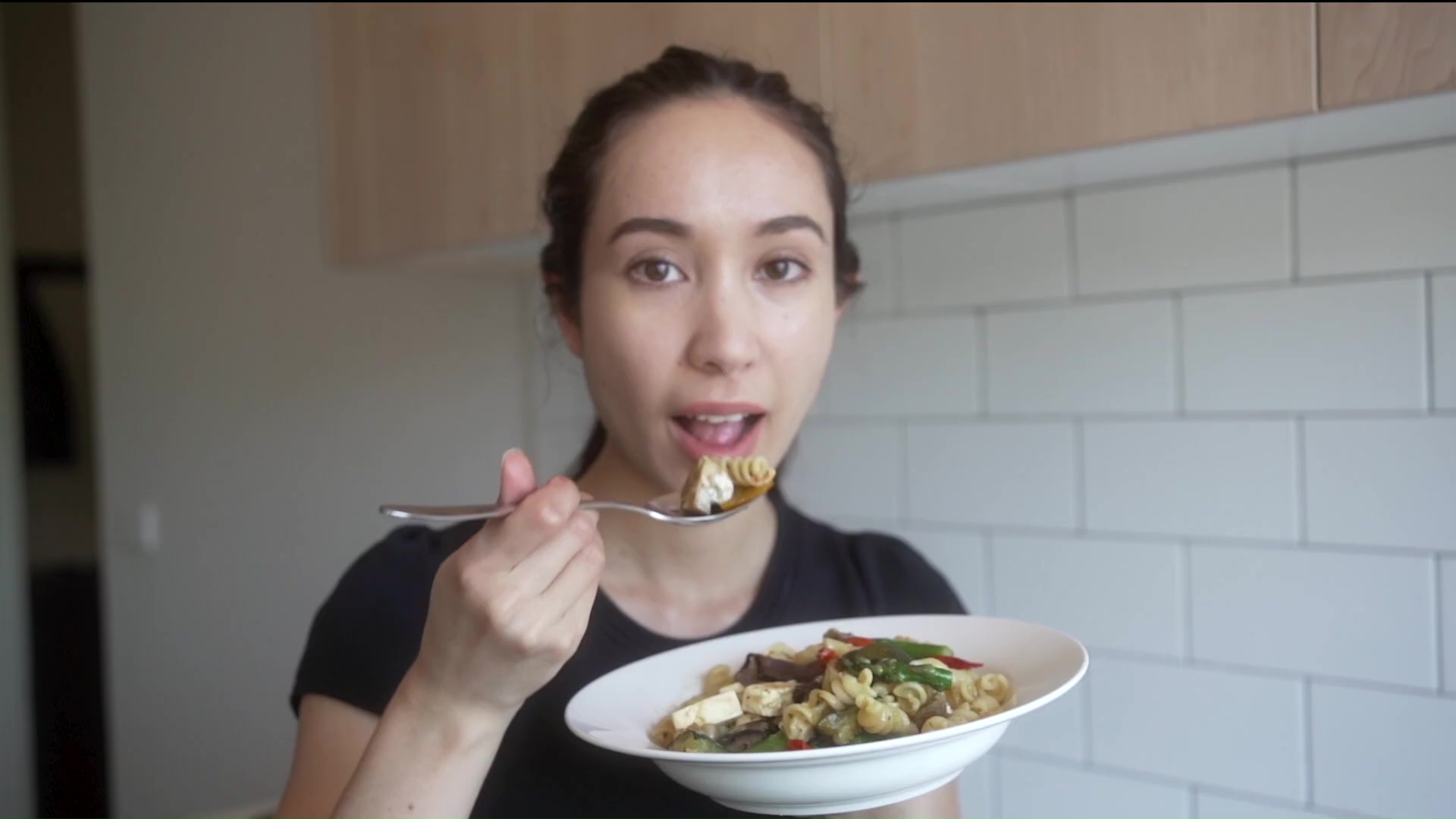 Tip: Enoki mushrooms and shiitake mushrooms more expensive so Queenie says you can swap them out for regular cup mushrooms.

She said: "If you want to cut down the price of this recipe even more, you could always substitute them with cup mushrooms."

However, the 25-year-old loves to use the more expensive options on occasion as it makes her feel like a meal you'd get at a restaurant, despite eating at home.

1. Chop off the ends of the green onion and chop into small pieces.

2. Chop the shiitake mushrooms into small pieces and put them into a bowl.

4. Peel and crush the garlic and add it to a bowl.

5. For the sauce, add a tablespoon of soy sauce, mirin and three tablespoons of oyster sauce.

6. Add ramen noodles to a bowl with the boiling water. Leave for two minutes and 15 seconds, before draining them.

7. Add some canola oil to a pan and add the shiitake mushrooms,frying until they are golden.

8. Once they are cooked, add garlic, sesame oil and enoki mushrooms until soft. Add the sauce and the noodles and mix it all together.

9. Add the spring onions and cook for several minutes.

1. Remove the skin from the pumpkin and cut it into small pieces. Put it in a steamer and boil until it is soft – roughly 10 minutes.

2. Remove from the steamer and mash it up in a strainer until smooth.

3. Put some paper towel on your strainer and leave it there for five minutes.

4. Add flour, Parmesan, ricotta, salt, pepper and eggs to a bowl with the pumpkin, and mix until it is all combined. Queenie suggests using your hands and keep adding more flour until it becomes firm.

4. Once you have the right consistency, flour a benchtop or a chopping board and cut the dough into equal parts.

5. Then, roll out the gnocchi using a fork. Put them in the fridge so they become firm.

6. To cook, boil some water with salt. In a separate pan, fry some butter and sage.

7. Add the gnocchi to the water and cook until it comes to the surface of the water.

8. Drain it,add it to the pan with the butter and sage andfry it until it looks crispy and golden.

Firstly, the savvy spender says to always buy in bulk when items are on special, particularly canned good and "things that don't go off."

This means you end up saving money in the long run and you'll always have items at home to use.

This works well when using cheaper ingredients also, or if you pick up something on special.

To make sure you aren't doubling up on ingredients you might already have, Queenie says to always use a shopping list.

She uses an app to do this called AnyList, but you can still achieve the same thing by writing it out.

"Shop at cheaper supermarkets to save money," Queenie said.

Queenie explained she saves money on groceries by buying most of her items from Aldi, and just a few purchases more expensive shops.

Often, she and her partner will "split up the shop" but communication is key.

"We communicate with each other throughout the shop to find out where is cheaper. It sounds like it takes time, but it's actually faster as there are two of us, and it always saves us money." 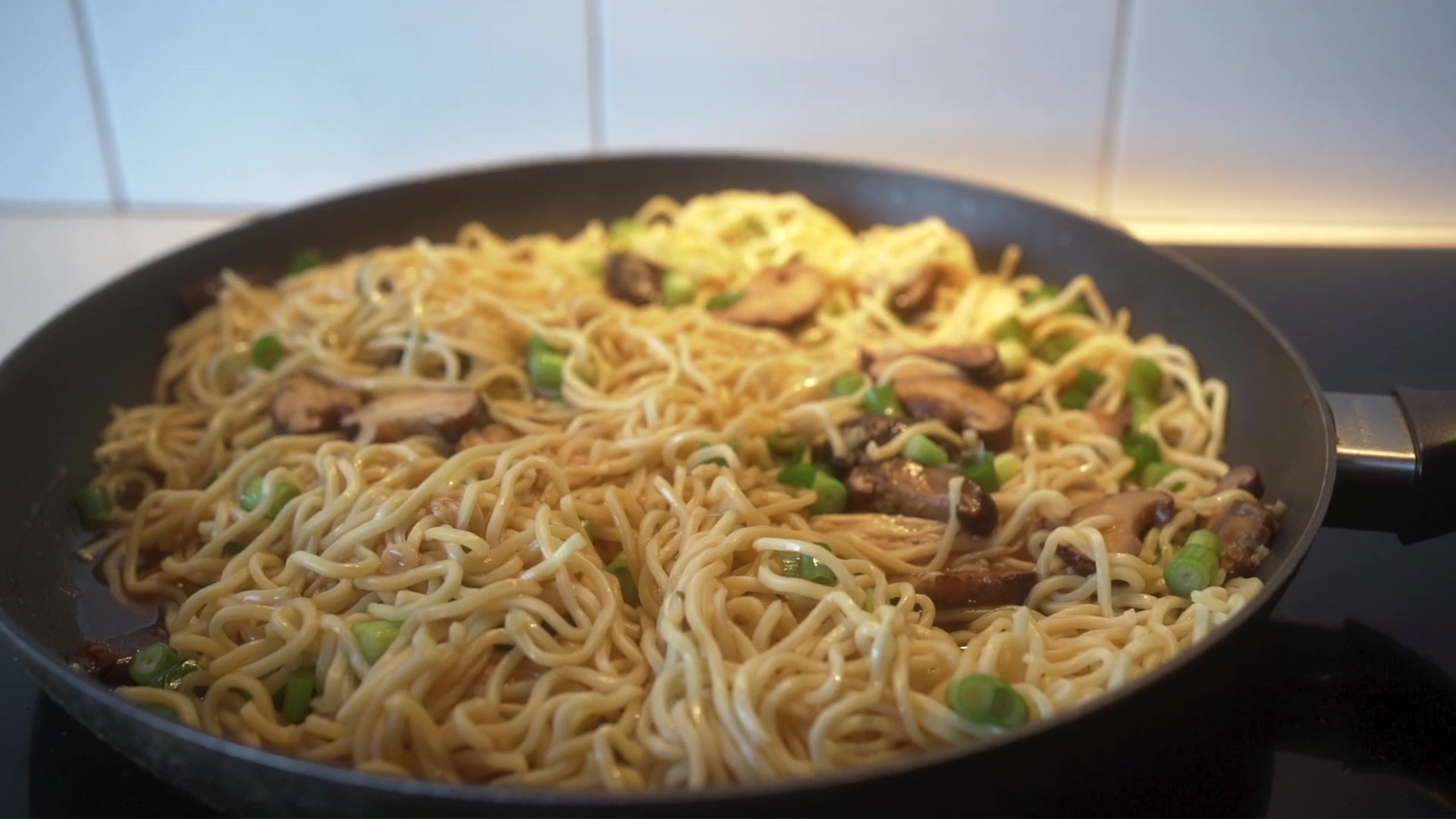 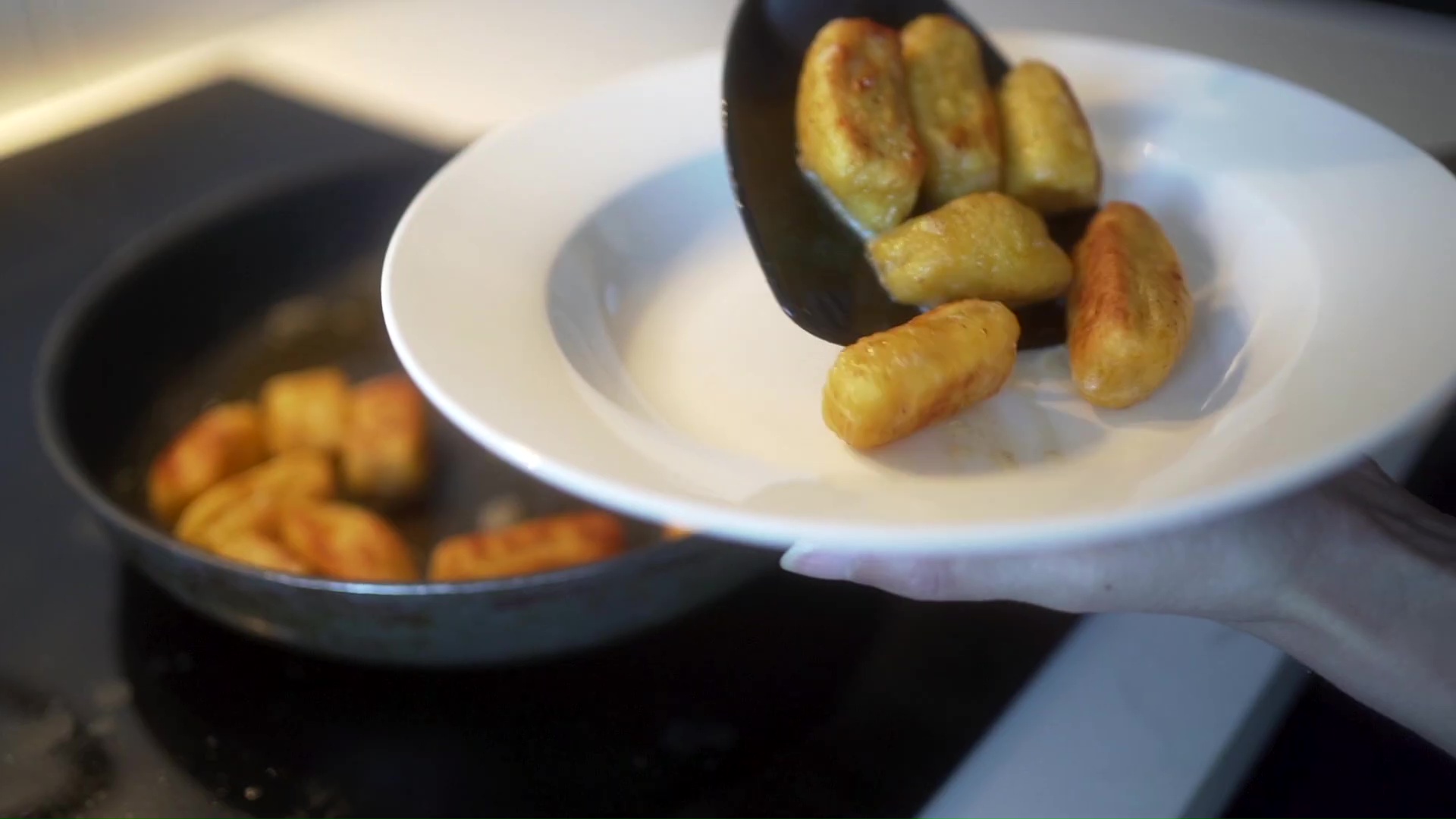