Arnold Schwarzenegger, 75, has caused some controversy after leaving a quote from the first Terminator film in the Auschwitz guestbook on a is it to the concentration camp. The actor toured the site with the Auschwitz Jewish Foundation.

He was recently awarded by the foundation for Fighting Hatred.

The Hollywood legend vowed to help the organisation earlier this month in a bid to “terminate hate”.

He said: “I am witness to the ruins of a country broken by the Nazis.

“I saw first-hand how this hatred spun out of control. 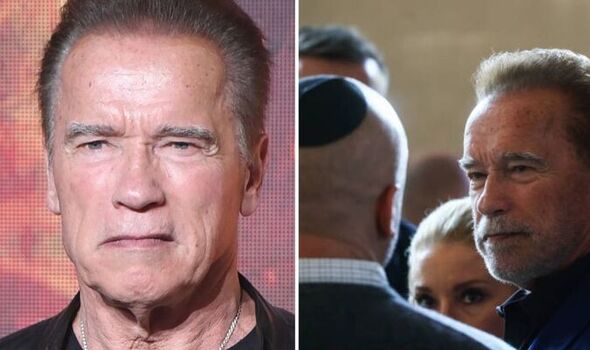 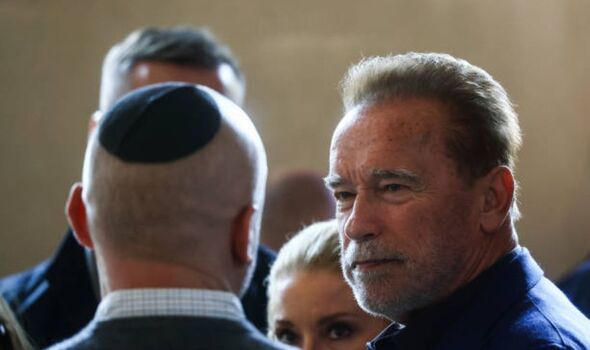 “I share these painful memories with the world in the hopes of preventing future tragedies and educating soldiers about personal responsibility.

“I stand with the Auschwitz Jewish Centre Foundation and their mission of education to ensure NEVER AGAIN.”

On leaving the Polish camp the former Governor of California signed the guestbook – with the site’s museum later sharing his inscription on it’s official Twitter account.

Arnie simply wrote “I’ll be back”, referring to a line first made famous in 1984 in the first film of The Terminator franchise. 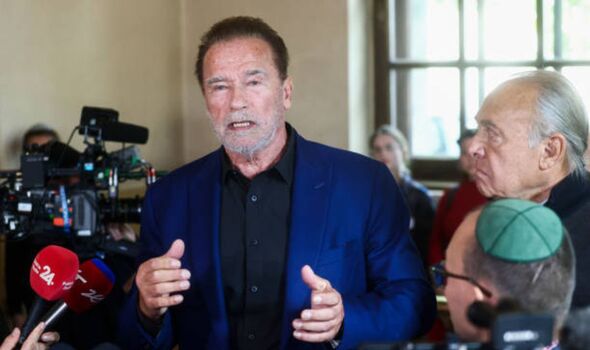 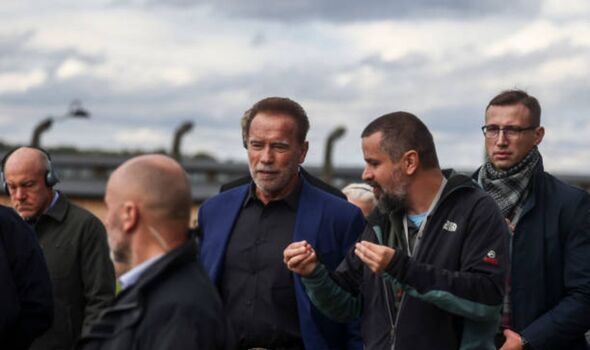 Users on the social media platform appeared to be slight shocked, however.

Many believed the star should have been a little more sensitive with his choice of words.

JPhilips88 said: “I’m glad he visited and wrote in the book but I had to think twice about the message.

“I’m sure he meant it in the nicest possible way and having been there I know its hard to find the right words but I’m not sure these were the best.”

HayleyM98 replied: “Not sure the tone of that was entirely suitable.”

G3bbieh0lmes00 added: “Not sure quoting a genocidal robot is appropriate in the circumstances.”

cHlo3Love wrote: “If my father was a Nazi I’d have written something more poignant, just saying.”

The museum later stepped in to defend Arnie and clarify the meaning behind his comment.

“This visit was planned to be relatively short,” it read.

“The inscription was meant to be a promise to return for another and more in depth visit.”