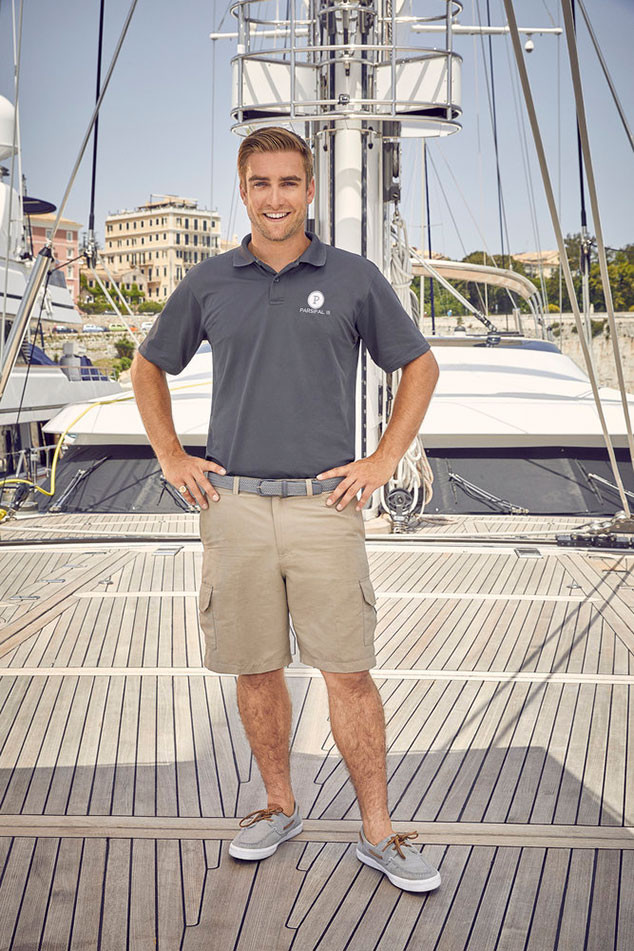 Parker McCown needs to shape up or ship out.

In this exclusive clip from tonight’s all-new Below Deck Sailing Yacht, Captain Glenn Shephard sits down with the deckhand to discuss his attitude.

“Your attitude is a problem, that is very thin ice that you’re on,” Captain Glenn informs his deckhand less than two days before Parsifal III‘s next charter. “I want you here if I can have the Parker that I need. I’m still not convinced of; can you do your job?”

“That’s up to you, Glenn,” Parker snaps back.

After the captain notes that he’s still trying to determine if Parker is up for another charter, the deckhand makes a shocking statement.

“Or is it up to me? Do I take the money I’ve earned, which is more money I’ve ever made in my life, and finish on this note right now?” Parker ponders. “Or do I chance it, be under twice as much pressure?”

In response to Parker’s questions, Captain Glenn makes it clear that he will not make this decision for him.

“If you think the best thing for you is to cut your losses and leave with the money in your pocket, that’s your decision,” the Parsifal III captain states. “So, if you want to give me your resignation right now…”

Even though Captain Glenn has been displeased with Parker’s behavior, he’s putting the final decision in the deckhand’s hands.

“I don’t like to lead by fear. I’m not the kind of person that needs to go in and say, ‘You’re fired!’ And throw them off a cliff,” Captain Glenn says in a confessional. “I like to lead by giving people ownership of their decision.”

As Parker struggles to make a decision, Captain Glenn urges him to “take time and think about it.” Meanwhile, with Parker on the verge of leaving, the rest of the crew can’t help but gossip about the situation.

“It really bums me out right now that Parker could be getting fired,” 2nd Stewardess Madison Stalker shares later on. “He’s one of the only people that have actually had my back on this boat.”

Below Deck Sailing Yacht airs Mondays at 9 p.m. on Bravo!