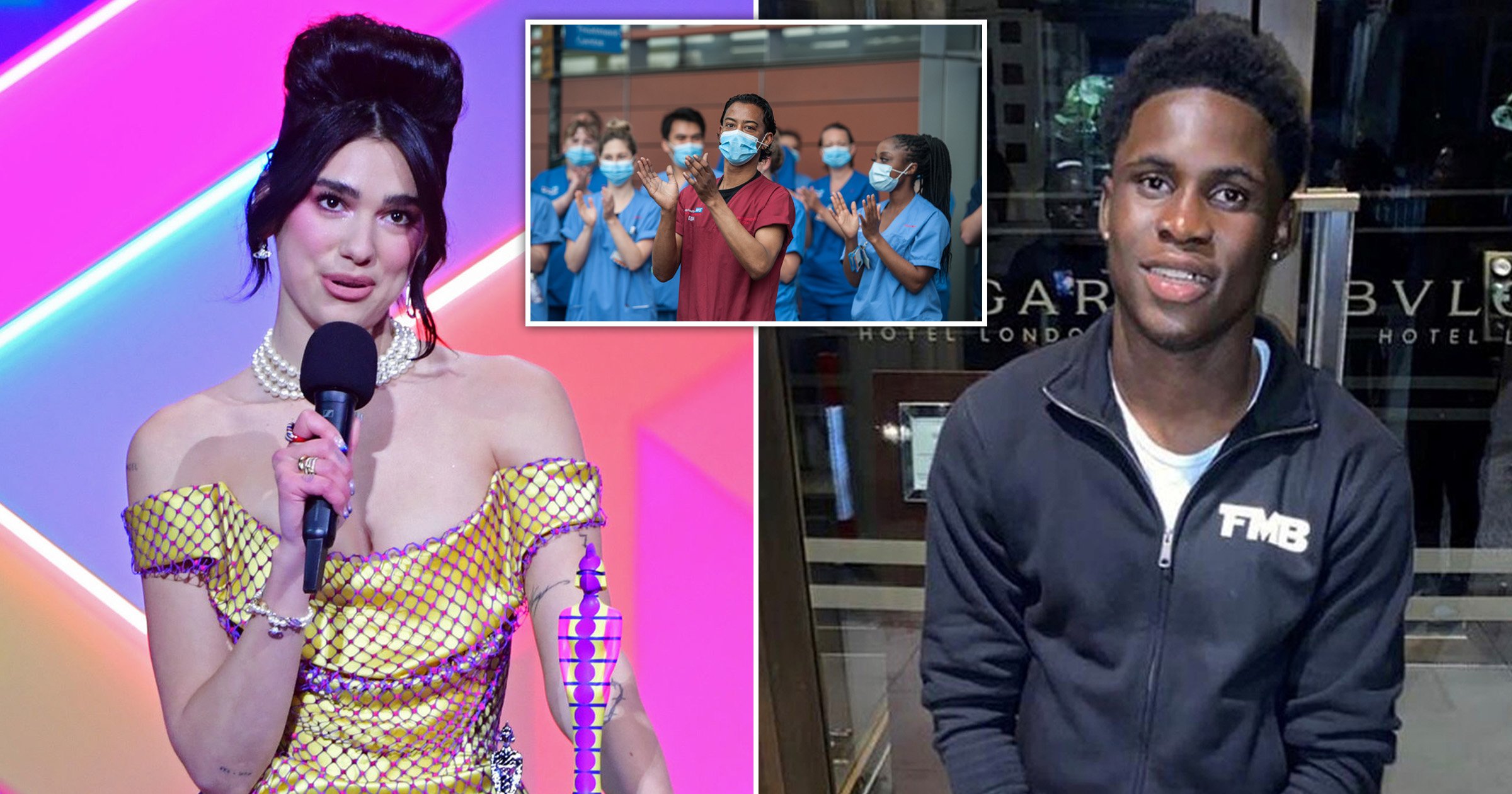 Dua Lipa has used her acceptance speech at the 2021 Brit Awards to ‘send a message’ to Boris Johnson as she calls for NHS workers to get a pay rise, as well as dedicating one of her awards to Folajimi Olubunmi-Adewole.

The Levitating hitmaker won the award for British female solo artist, and explained that she chose nurse Dame Elizabeth Anionwu as her fellow honouree to share her award with.

Dua explained that Dame Elizabeth has spent her career fighting against racial injustice.

‘She has also spent so much time and is a strong, strong advocate for protecting frontline workers,’ she added.

The popstar went on to reference the Clap For Our Carers movement, which saw people across the UK standing outside their front doors every week to applaud the NHS workers.

‘[Dame Elizabeth] has also said that there’s a massive disparity between gratitude and respect for frontline workers because it’s very good to clap for them but we need to pay them,’ Dua continued.

‘This award is for Jimi and Joaquin. Jimi, you have touched the hearts of the whole nation and we will never forget you.’

Dua also stunned fans with her performance at the Brits, going into the ceremony with three nominations.

The star said ahead of her appearance: ‘I am so excited to be returning to perform for you all at The Brits this year. It’s going to be truly special to be back on stage in the UK.’

Got a story? If you’ve got a celebrity story, video or pictures get in touch with the Metro.co.uk entertainment team by emailing us [email protected], calling 020 3615 2145 or by visiting our Submit Stuff page – we’d love to hear from you.