Chris Pratt announced that he was the ‘better Chris’ after claiming ‘two very, very close victories’ in fantasy football over his co-stars Chris Evans and Chris Hemsworth!

The actor revealed that he was raising money for the charity Special Olympics Washington and that, by making it into the finals, the pot went up to $80,000! Should Chris win, he could earn a whopping $150,000 for the charity. Of course, Chris’s victory didn’t come easily. “It’s a 14-man league,” he explained. “I had 14th draft pick. You know how hard that is?”

The actor went on to jokingly share that being “picked last” was “very traumatic,” adding that “anyone who’s been picked last knows how that feels.” The Parks & Recreation alum then gave a shoutout to two of Hollywood’s beloved Chrises — Chris Evans and Chris Hemsworth. “I snuck two very, very close victories off, the most recent off Chris Evans,” Pratt shared. “He had beat Chris Hemsworth last week, so I guess we can finally put an end to that debate of, ‘Who’s the better Chris?’” 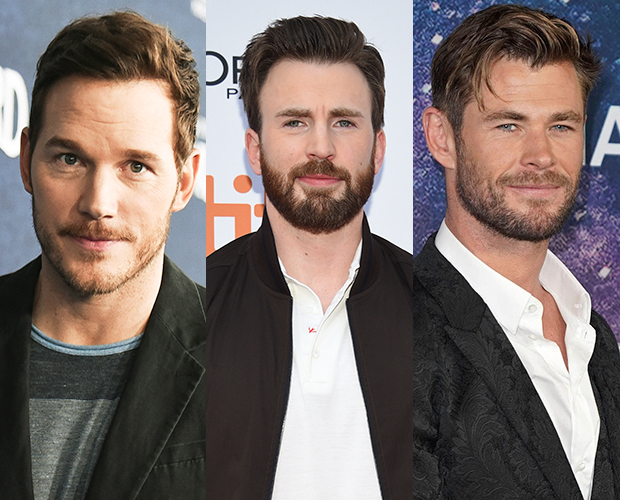 Fortunately, the debate has been all in good fun for Chris Pratt. The actor admitted that the “better Chris” was actually “one of them,” referencing Evans and Hemsworth. However, he jokingly added that there is one area of expertise where he beats out his co-stars. “I do have them in body-fat content, though. So I am more buoyant. Take that, gang.”