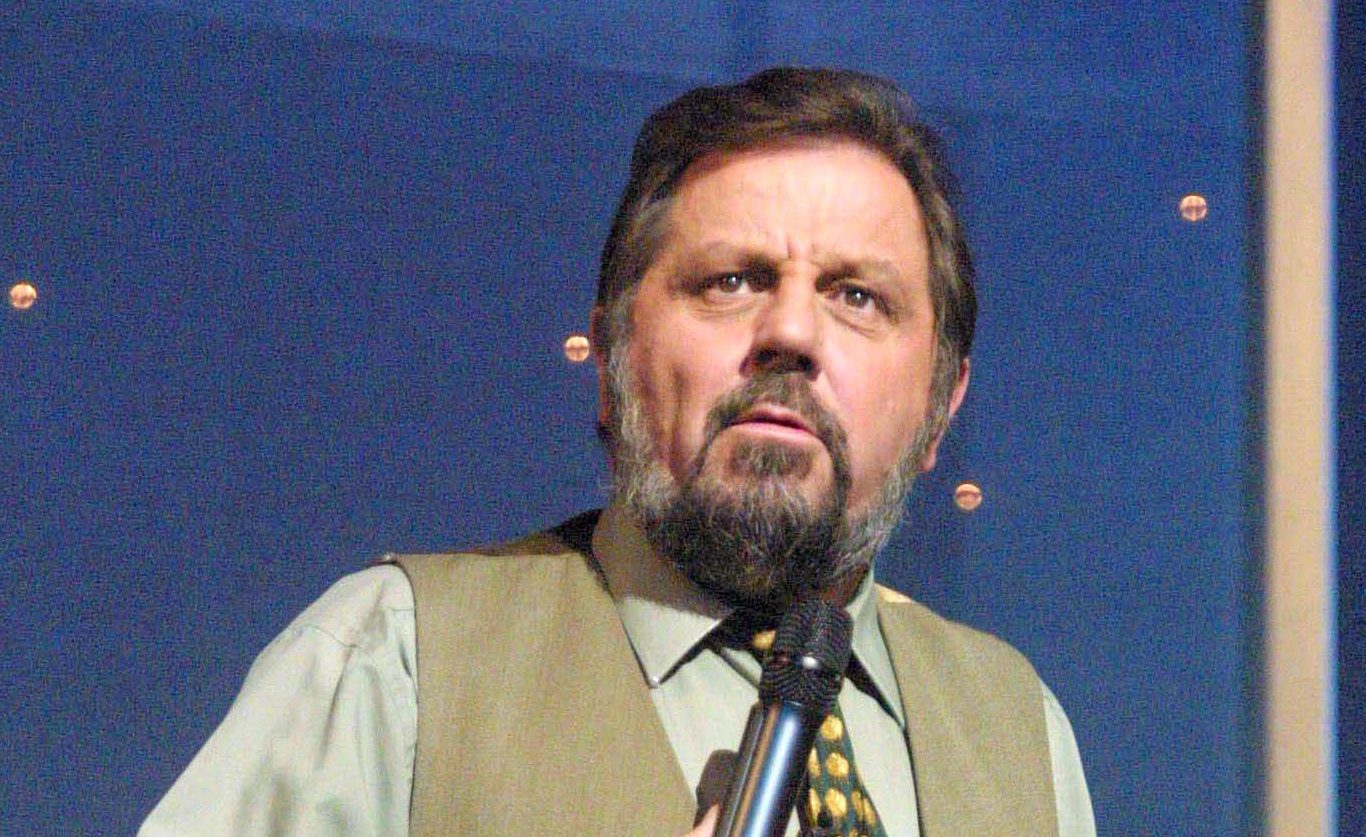 Comedy legend Jethro has died at the age of 73 after contracting Covid-19.

The news was announced on his official Facebook page, with a statement reading: ‘It is with tremendous sadness that we announce the passing of the well known and popular Cornish comedian Jethro.

‘Tragically Jethro passed away on 14th December 2021 after contracting Covid-19.

‘Jethro leaves behind his life partner Jennie, sons Jesse and Lanyon, step daughter Sarah, daughter-in-law Stacey and of course his much loved grandchildren.

‘We ask that you respect our privacy at this very sad time and give us all time to grieve.

‘We will continue to support each other in the knowledge that our lives will never be the same without him.’

Jethro – real name Geoffrey Rowe – first made his name as a singer and comedian, touring pubs and clubs and developing his act.

His first TV appearance was in 1990 on the Des O’Connor Show, with the star then going on to feature in Jim Davidson’s shows.

In 2001, Jethro appeared on the Royal Variety Show, and he also owned his own comedy club, which closed in 2012.

He was best known for his live comedy, with him previously saying he would sell out 250,000 theatre seats a year.

Just last year, Jethro announced he would be retiring from live comedy.

He said at the time: ‘I think it’s time to hang up my Mic. It’s been a hard decision, But my memory has made it easier for me.

‘I will honour all my dates booked in, but as of the end of December I will no longer be working my theatre tours.

‘A great big thank-you to everyone that has come to see me over the last 50 years, I’m sure I enjoyed you’re company more than you enjoyed mine’.

Comedian Jim Davidson was among those paying tribute to him, tweeting: ‘My good friend Jethro has left us. RIP Jethro, you will be greatly missed.’

Comedy impressionist Danny Posthill was also among those paying tribute on Twitter: ‘I remember when I first started showing an interest in comedy and I used to buy stand-up shows on VHS with my paper round money.

‘Lee Evans, Chubby Brown, Jim Davidson, Jimmy Jones and Jethro. Sadly today one of those legends have left us. RIP Jethro. Thanks for the laughs.’

One fan also shared their heartbreak: ‘This is so very sad. You bought so much laughter into so many peoples lives. RIP Jethro, one of a kind.’

Another added: ‘I’m so sad to hear this, true comedy genius. Condolences to all his family.’