Since much of the world went into lockdown, members of the royal family have been doing their best to remain engaged with the issues closest to them. And though Zoom calls have provided some limitations in the way that they work, the Duke and Duchess of Cambridge have found their own way to put a spin on video chats.

During a virtual meeting with care home workers in Wales, Prince William and Duchess Kate agreed to take part in a bingo game with residents living at the Shire Hall Care Home in Cardiff. The duke and duchess laughed as they took on the roles of bingo callers—complete with their own bingo cage and balls.

“Catherine’s going to pick out the first ball,” William announced as he spun a red ball cage, which had been delivered to their Anmer Hall home in Norfolk. “Six and two, tickety-boo,” Kate giggled as she read out the first ball, using one of the many number nicknames traditionally used in British bingo halls. 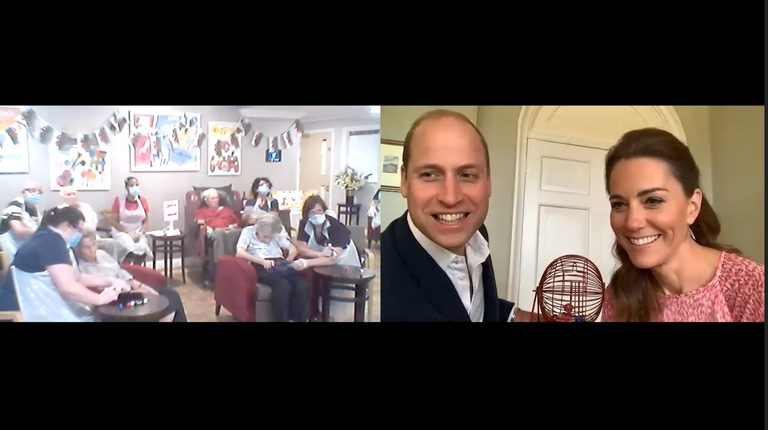 Shire Hall is one of the many care homes in the United Kingdom that has had to adapt how it provides residential, nursing, and dementia care during the current coronavirus crisis, including increased use of different technologies to allow residents to keep in touch with their families and friends.

After the game, William and Kate also chatted with members of the care team working at the home, which is part of a family-run network of 19 residences across England and Wales, about the impact of COVID-19 and the challenges they have faced since the country went into lockdown in March. They also connected with a number of the elderly residents living at Shire Hall, with William joking, “We’ll say a big thank you and goodbye to everybody, and we’ll try and do a bit better at bingo next time!” 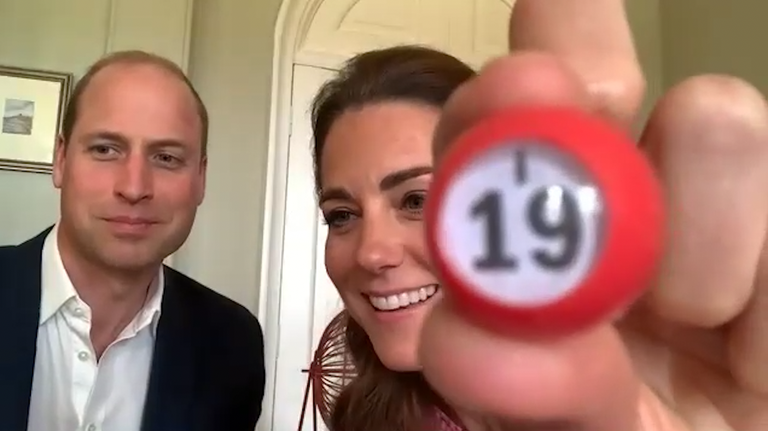 Earlier in May, the duke held several calls with care workers in England and Northern Ireland to discuss the unique challenges of providing care to vulnerable people throughout the pandemic, including the impact of the recent months on the mental health and well-being of those receiving care and also the caregivers themselves, many of whom are self-isolating from their own families.

“If there’s hopefully some positivity that comes out of this horrendous time, it is that there’s a light shone on all of the wonderful things you all do and on the social care sector, and it allows people to acknowledge, respect, and appreciate everything that you are doing,” William told care workers, including those providing care within people’s homes and supported living services, during a May 14 video chat. 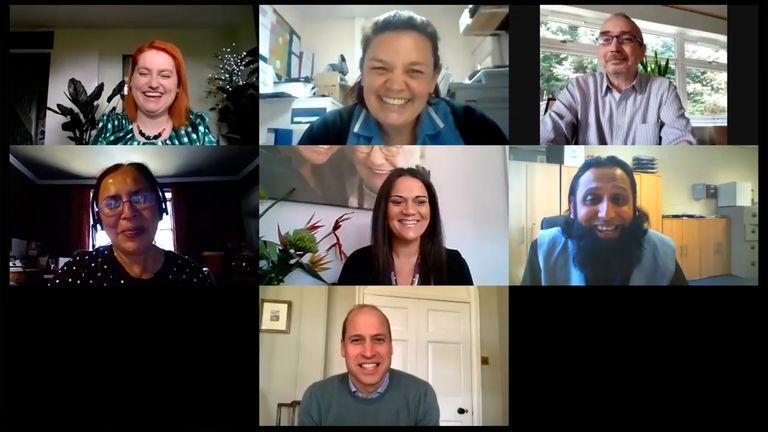 On May 6, the Duke of Cambridge also spoke to members of the Belfast Health and Social Care Trust to hear how staff are supporting service users and the bereaved. “Those on the video call also highlighted the unique challenges that young people in care face when schools are closed and normal life has significantly changed,” said a Kensington Palace spokesperson.