GETTR consultant and former Trump campaign communications director Tim Murtaugh praised Elon Musk's attempt to take over Twitter, saying he identified a "real rot" on the platform and that he hopes he receives an opportunity to resolve the issue. Murtaugh told FOX Business' Dagen McDowell that the organization needs to be "torn down to its core" to be fixed during a Wednesday appearance on "Mornings with Maria."

TIM MURTAUGH: It has been comical, and it's really funny. Every time conservatives would complain about the censorship on Twitter – which Elon Musk rightly identifies as the biggest problem with Twitter and the other Silicon Valley tech giants – every time we identified censorship is the problem, all we would hear would be, "Oh, go get your own platform." So, Jason Miller, launch GETTR and what was the reaction from the left and social media? They mocked it and said, "Oh, you guys have a good time over there." And now Elon Musk says, "You know what? I think I want to buy Twitter," and all the left can do is say, "No, no, no, you can't do that." So it's completely and totally broken.

Twitter cannot be fixed in its current state. It has to be torn down to its core: leadership, the board, senior leadership, middle leadership, even down to the programmers and coders. There is a real rot at Twitter. Elon Musk has identified it, they're going to make it really tough on him, and I don't know if he's going to be able to accomplish the purchase, but good for him for identifying the problem. Good for him for trying.

WATCH THE FULL INTERVIEW BELOW 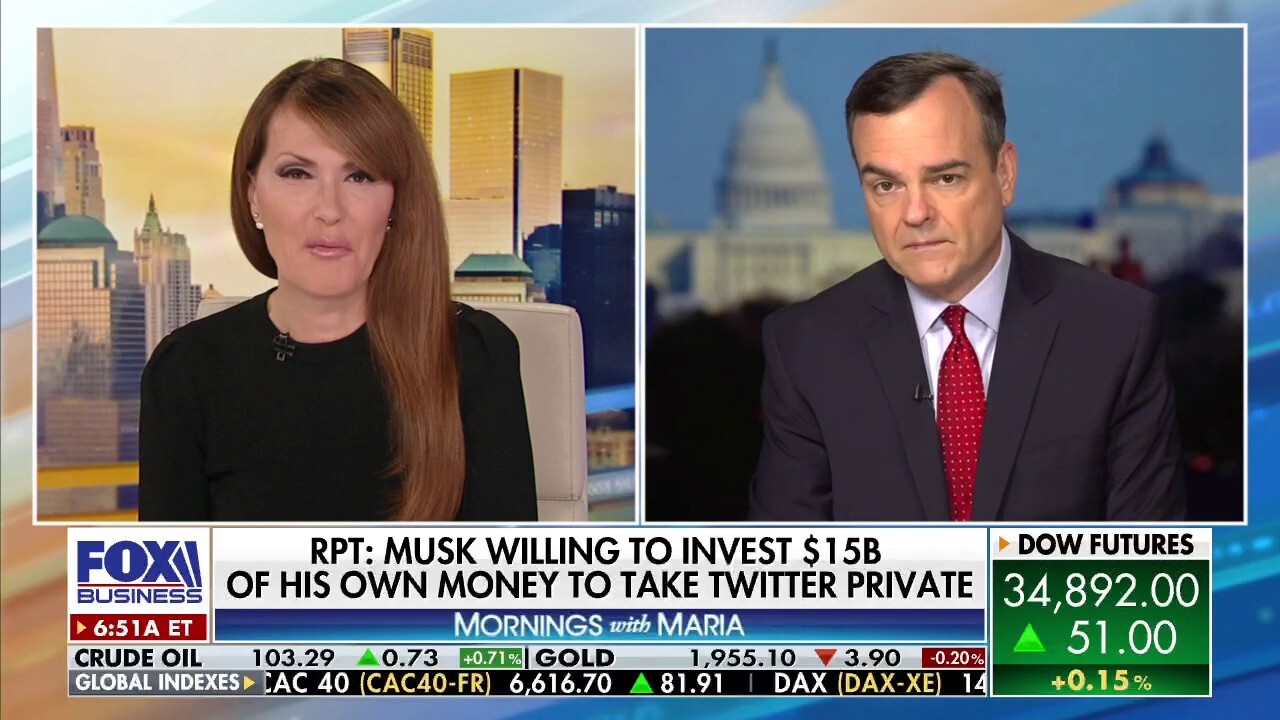 Twitter ‘cannot be fixed in its current state’: GETTR consultant