When Meghan Markle and Prince Harry decided it was best for them to step down as senior members of the royal family and move out of the UK, it seems as though many people got the impression that the Duke and Duchess of Sussex were going to move somewhere ultra-private and take themselves completely out of the spotlight. And while the two are living a more private life on their own terms these days, they have also put themselves in the spotlight on more than one occasion. It started back in March when the couple agreed to do a tell-all interview with Oprah Winfrey. From there, Harry made an appearance on Dax Shepard’s Armchair Expert podcast. Harry also put himself front and center in his newest collaboration with Oprah, an AppleTV+ show called “The Me You Can’t See.”

The Sussexes have inked deals with Netflix and Spotify, according to Fox News, so things don’t seem to be slowing down any — and people have noticed. In fact, a former palace aide has since called out the couple, for doing anything but living a more quiet life, according to The Sun. Keep reading to find out what the former aide had to say. 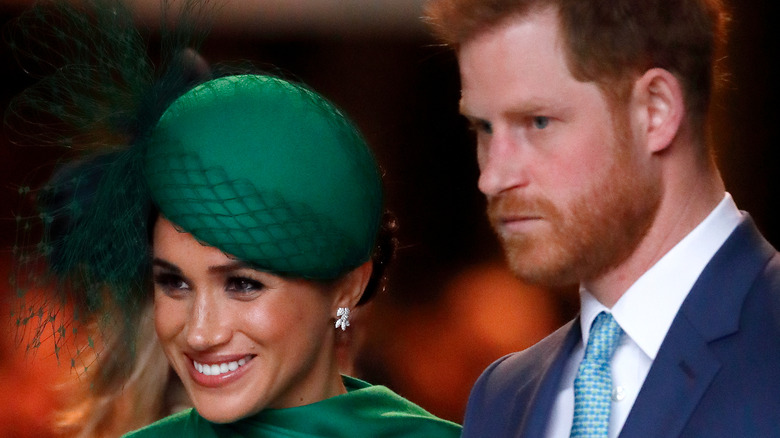 Former palace aide Dickie Arbiter, who worked for Queen Elizabeth for more than a decade, has spoken out about Meghan Markle and Prince Harry. He took aim at the Duke and Duchess of Sussex, slamming them for putting themselves in the spotlight after claiming that they wanted to live more quiet lives. “They left this country because they wanted privacy. They wanted away from the publicity. And since they left this country, the UK, they’ve done nothing but seek publicity,” Arbiter told The Sun. Arbiter went on to tell the outlet that he hopes that Harry actually takes a full paternity leave and that the world hears far less from him during that time. “Now they are saying Harry is taking five months paternity leave and hopefully he will stay quiet in those five months. Quite frankly, to put it simply they need to put up or shut up,” he said.

Arbiter’s comments come on the heels of reports that Harry is threatening legal action against BBC for running a report that claims that he did not talk to his grandmother, Queen Elizabeth, before naming his daughter after her, according to the Daily Mail.