Gethin Jones, 42, has hilariously responded on Twitter after a viewer asked the “make-up department” to lay off the bronzer, as they said he is “gorgeous” enough to go without it. The BBC Morning Live host addressed the comment by sharing a photo of himself looking tanned, and confessed that he is in fact the “make-up artist” in question.

Here is the makeup artist

“There is a visible smear on his forehead and far too much on his cheeks. The guy is gorgeous, he doesn’t need it!!”

Gethin uploaded a selfie and replied: “Here’s a picture of my make-up artist!”

Underneath, viewers were in hysterics as they weighed in on the conversation. 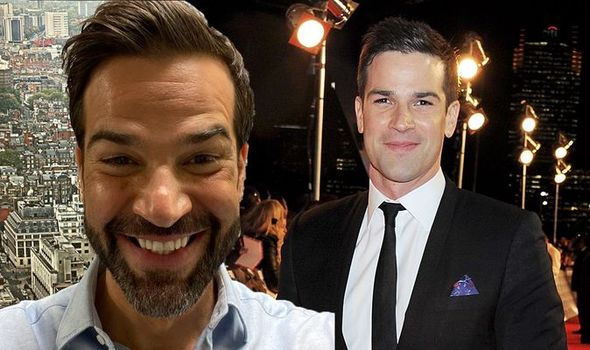 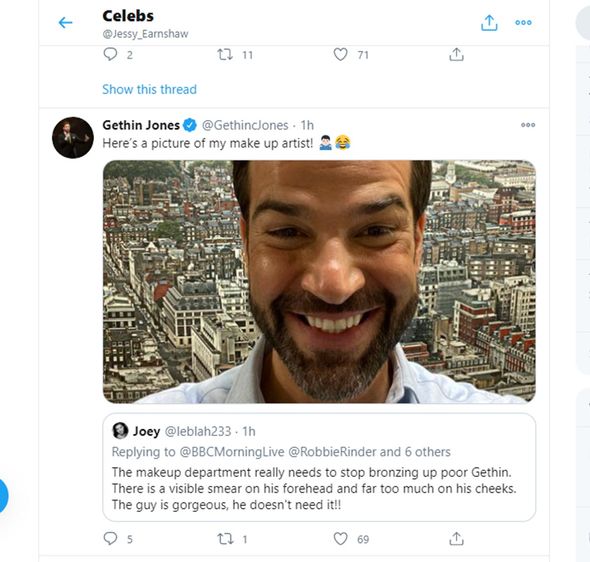 One wrote: “You’re brilliant! Now head over to YouTube for some tutorials.”

Another replied: “Sure, you’re multitalented, I should get you to do my makeup?”

While a fourth typed: “Well now you’ve been told! You’re doing it all wrong!” 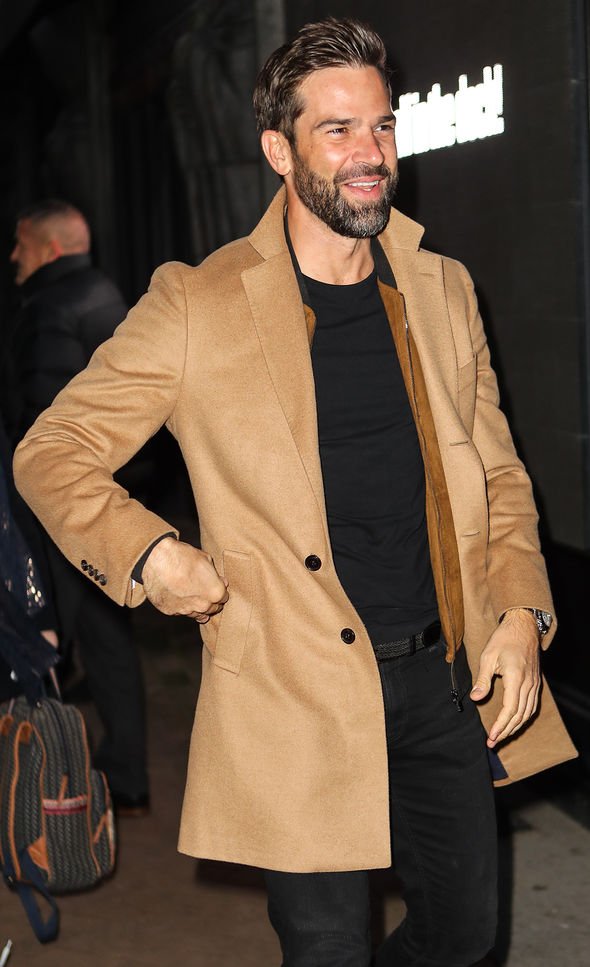 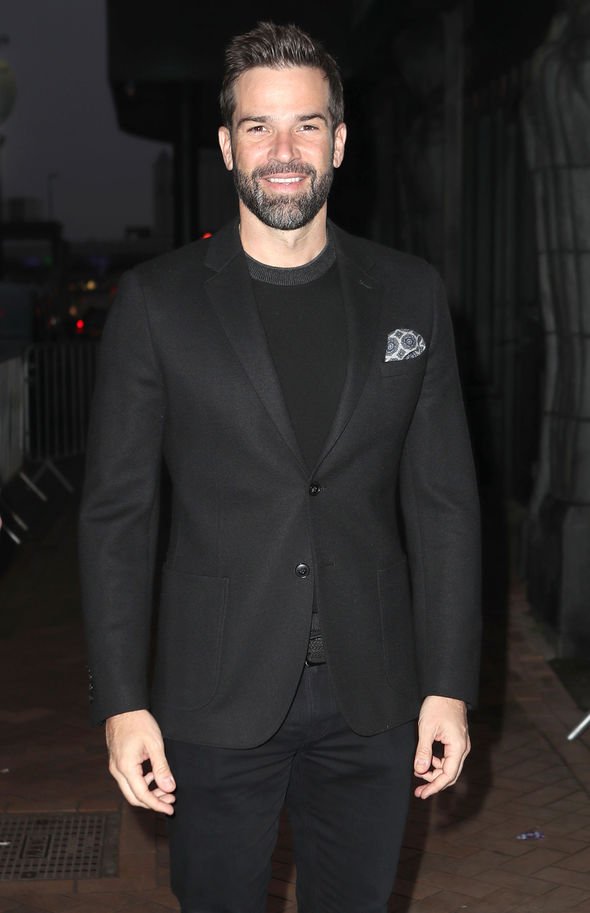 It comes as Gethin recently revealed he had been receiving marriage offers after surprising fans last month when he posted an Instagram snap of him wearing a gold wedding band.

Social media went crazy over the post, in which he mentioned his “big day”.

Celebrities including Vernon Kay, Gaby Roslin and Charlotte Hawkins even congratulated him.

However, it later transpired that the Cardiff-born BBC host was, in fact, still single and had been recording a new advert for Welsh jeweller Clogau.

Gethin told The Mirror: “I should sometimes think more about social media!”

He added: “I didn’t mean it! I had tagged the jewellers in and then I turned my phone off to do some filming. By the time I got back, there was a story saying I had got married!

“A couple of my closest friends called me that night. One is a schoolteacher and said to another of our friends: ‘Did you know Gethin has got married?’ and they replied: ‘Don’t be silly. As if’!

“It was just mad and really funny! I am still very much single!

“I did get a few marriage offers afterwards when people found out I wasn’t. DMs were sliding in frantically!”

On The One Show recently, the Welsh presenter confessed to Alex Jones that he was going on a date.

He then revealed: “I am single but tell me how you are supposed to date during lockdown?!

“But I am not a serial dater or anything like that. Maybe when lockdown is over, I can do speed dating for weeks on end!”