Dorit Kemsley is speaking out about “Real Housewives of Beverly Hills” co-star Erika Jayne’s ongoing legal drama. On the July 9 episode of “The Sl*t Pig Podcast,” she told host Christian Gray Snow how overwhelming learning about the whole scenario truly was — and how she felt about Erika as the situation unfolded.

“It was very, very difficult to navigate as it’s one of our friends,” Dorit said. “I felt very much for Erika. Didn’t really understand a lot of it. You know, it’s also one of those things that you almost can’t wrap your head around the fact, like is this really happening?” she said. Erika and her estranged lawyer husband Tom Girardi are in the midst of steep legal drama following a 2020 lawsuit that claims the couple embezzled settlement money from multiple families who lost loved ones in a 2018 plane crash. Dorit added that the “far-fetched” situation was difficult to grasp considering she’s known both Erika and Tom for so long. “You know I worry for her as my friend [and] just simply what she’s going through,” she shared.

“The really wild thing, Christian, is that this was obviously all unfolding as we were filming. And we would get very little, little bits, so it wasn’t like you got a full story and then you digest it and then the season goes on,” Dorit further explained. Dorit then revealed how the entire cast of “RHOBH” reacted to Erika and Tom’s lawsuit. Keep scrolling to learn how Erika’s cast mates feel about the drama. 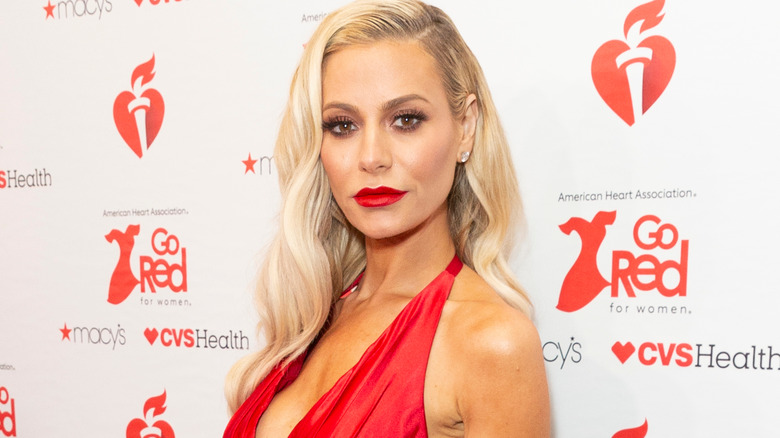 Dorit Kemsley wasn’t the only “Real Housewives of Beverly Hills” star to experience confusion while learning about Erika Jayne’s legal woes. On “The Sl*t Pig Podcast, she revealed that at one point, the whole cast expressed skepticism about both Erika and Tom Girardi.

“I will say that there are moments during all of this where there was a lot of question and doubt and concern because like I said, we were really learning this by the press and Erika didn’t share anything until it already had come out,” Dorit explained. “So all of a sudden you’d read it and this is before you’d actually, you know, get to speak to Erika, and you’re just like, ‘What?'” She continued, “So I think there was a lot of people on the cast that went through a moment where there was a shadow of doubt or confusion or, you know, trying to wrap their head around it.”

Dorit lastly admitted that there is “someone in particular that definitely” had a “very strong opinion about it,” which will play out on the season. Fans will have to watch “RHOBH” to see who Dorit is referencing.