Cancel culture is very much a real thing. Kevin Hart saw a sharp turn in his fan base after he refused to apologize for past tweets and standup comedy routines involving the LGBT+ community and rapper Doja Cat was called out after old videos of her sitting idle as others made racist statements were made public. The latest to come under fire and the call for him to be canceled is Jimmy Fallon. 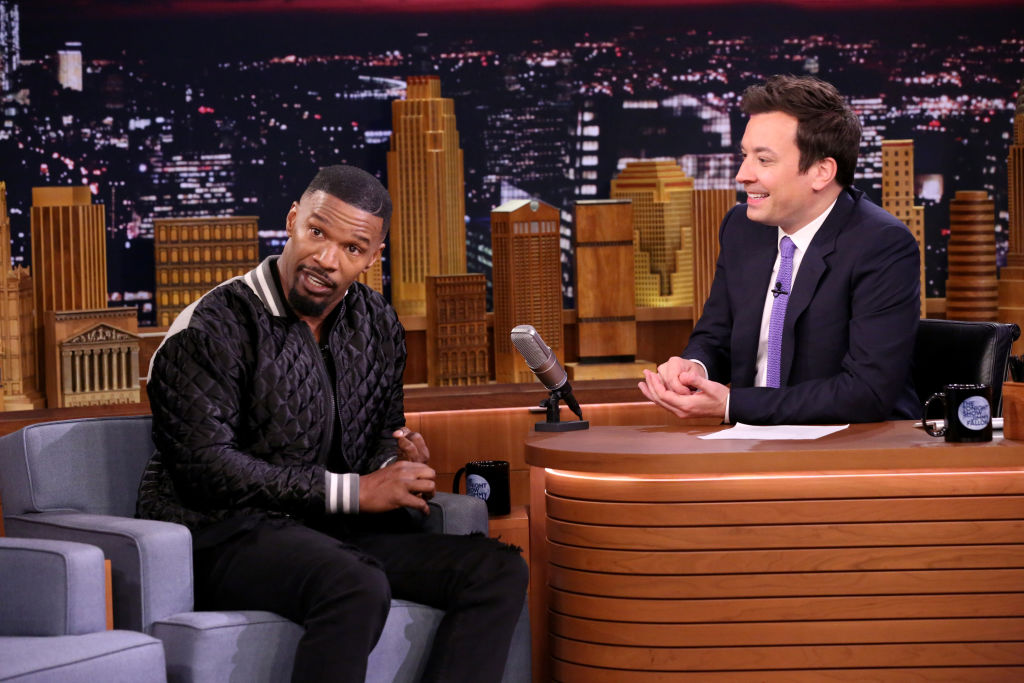 An old clip of Fallon on SNL dressed in blackface during an impersonation of a Black comedian has resurfaced and fans have not been happy. Just as talk show host Megyn Kelly’s contract with NBC ended early over her comments regarding not seeing an issue with blackface for Halloween, many were hoping Fallon’s fate would be similar. But Fallon’s friend and fellow comedian Jamie Foxx has come to his defense and is being applauded.

Footage of a 2000 SNL skit of Fallon in blackface acting as Chris Rock resurfaced online. In the skit, Fallon’s skin is multiple shades darker and he talks in an accent trying to mirror Rock’s. The skit involves Fallon as Rock in an interview with Regis Philbin complaining that there are not enough Black contestants on the game show Who Wants To Be A Millionaire?

Related: 13 Celebrities Jimmy Fallon Has Impersonated Over the Years

Fans flocked to social media to express their outrage but it’s not the first time Fallon has been called out for this particular skit. Nick Cannon spoke of his disgust with Fallon and others who’ve performed in blackface on his Instagram account in February 2019.

Happy “BLACKFACE” History Month!!! 🤦🏾‍♂️ I’m sure we can expect some more “Apologies” by Monday…

Fallon apologized in a tweet, writing, “In 2000, while on SNL, I made a terrible decision to do an impersonation of Chris Rock while in blackface. There is no excuse for this. I am very sorry for making this unquestionably offensive decision and thank all of you for holding me accountable.”

While many were quick to jump on board to cancel Fallon, Foxx saw things differently. After E! News posted a story about Fallon in blackface to their Instagram account, Foxx responded and disputed the idea that Fallon was making a mockery of Black culture at all.

My hair is magnetically attracted to light.

“He was doing an impression of Chris Rock. It wasn’t blackface. We comedians I know it’s a tough time right now. But this one is a stretch,” Foxx wrote.

“On a show called ‘In Living Color’ we played every race. Let this one go. We got bigger fish to fry,” he wrote, hinting to the recent news of unarmed Black men being killed by police as being an example of bigger racial issues to focus on.

Thank you @iamJamieFoxx for showing grace and perspective. We need more of this all around.

“I’m with @iamjamiefoxx on this ONE! I am NOT offended by what @jimmyfallon did! The negative INTENT was not there,” wrote another.

“We have so many OTHER things to pay attention to, then someone who we all know does not have a racist bone in his body, perform his art as a comedian. He is funny, NOT racist,” wrote another.

Fallon has yet to respond to Foxx’s comments.