Kim Kardashian West isn’t a stranger to the life of luxury. Over the past decade, the Keeping Up with the Kardashians star’s expensive tastes have become as famous as the 40-year-old mother of four. One of the mogul’s latest buys was an outfit that Janet Jackson previously wore. However, which celebrity has the higher net worth? 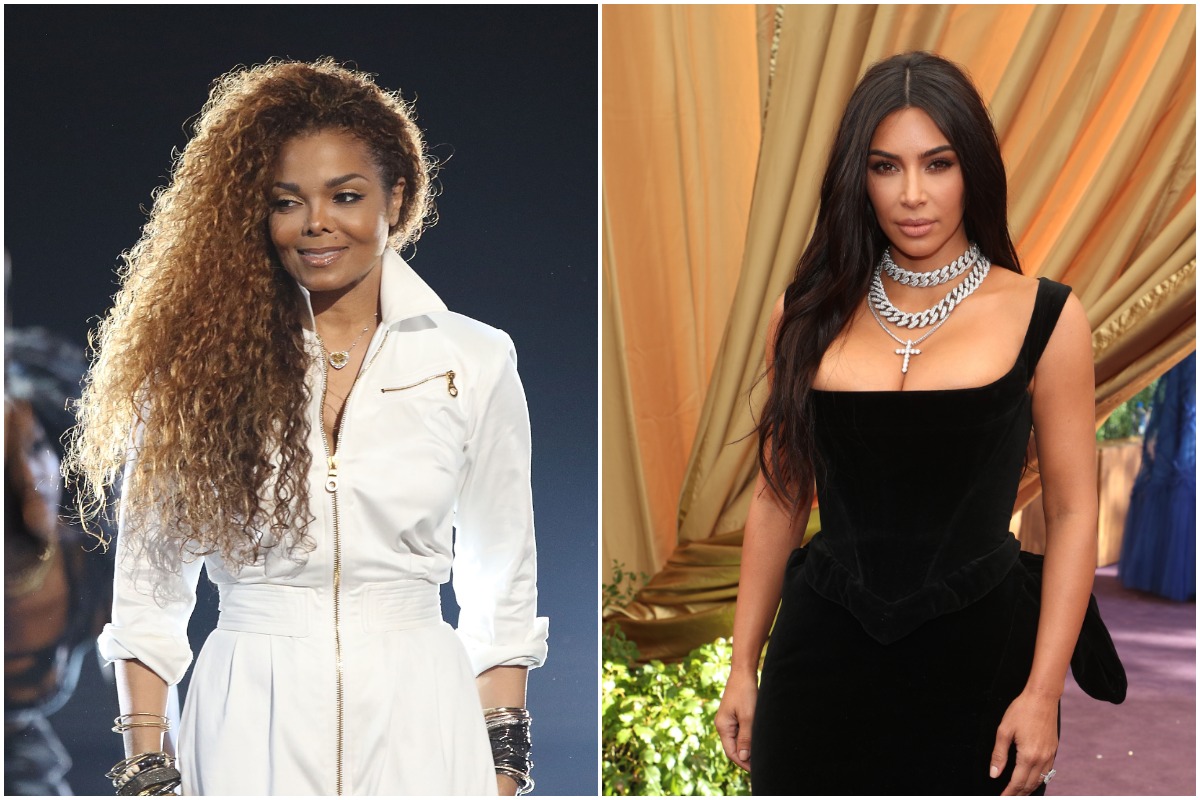 Kardashian West and Jackson’s relationship runs deep. When the E! personality was a teenager, she dated the singer’s nephew, TJ Jackson. During their courtship, the two attended prom together, and the SKIMS founder reportedly lost her virginity to Tito Jackson’s son.

Although Kardashian West and TJ broke up, the reality star continued to admire the Jackson family after becoming famous. In May 2021, she shared how much she loves Jackson via Instagram. On the “Any Time, Any Place” singer’s birthday, Kardashian West posted that she bought the outfit Jackson wore for her 1993 “If” music video. According to Page Six, the look- which consists of a halter-style crop top with white lacing on each side and a pair of black flair pants — is worth $25,000.

“Happy Birthday, Queen!” Kardashian wrote alongside a clip of Jackson wearing the costume on Instagram Stories. “For @janetjackson’s bday bc I’m such a fan I can’t believe I won this on @juliens_auctions.”

Shortly after Kardashian West posted the outfit from Jackson’s music video, the “I Get Lonely” artist commented on her Instagram page. In the post, she shared that she didn’t have any problem with her nephew’s ex buying her costume.

“Thank u so much @kimkardashian! I hope ‘IF’ gives u as much pleasure as it did me,” Jackson wrote.

Kardashian West’s tribute to Jackson isn’t the first time she purchased a piece of clothing from the Jacksons. On Christmas Day 2019, Kardashian West and Kanye West gifted their daughter, North West, with an item from Michael Jackson’s collection. According to TooFab, Jackson wore the jacket to a premiere with his friend Elizabeth Taylor. The Wests reportedly bought the piece for $65,625.

“For Christmas, Kanye and I gave Northie this jacket, and this was Michael Jackson’s jacket that he wore with Elizabeth Taylor,” Kim explained on her Instagram Stories. “North is a really big Michael Jackson fan, and we knew she would love this, so we won this on an auction for Northie for Christmas.”

Jackson vs. Kardashian West: Who has the highest net worth

Both Jackson and Kardashian West have made significant strides in their careers. However, the KKW Beauty CEO’s net worth is higher than Jackson’s. In April 2021, Forbes announced that Kardashian West officially became a billionaire. Although she’s been making most of her money through social media since 2011, she decided to create her beauty line in 2017. Through the success of SKIMS and KKW Beauty, Kardashian West has a net worth of $1.4 billion.

As for Jackson, the Grammy-winning-icon has performed onstage since she was young. Since going solo in the 1980s, she’s won multiple awards and appeared in films such as The Nutty Professor II and Why Did I Get Married? According to Celebrity Net Worth, Jackson has a net worth of $190 million.