“Keeping Up with the Kardashians” is wrapping, with 20 seasons and nearly 15 years, of the reality show coming to an end in the series finale on June 10. In true “KUWTK” fashion, the last episode of the series promises to bring all the drama.

From Kim Kardashian finally letting fans in on the moments leading up to her divorce, to Kourtney Kardashian facing her family’s pressures to get back together with ex Scott Disick, the two-part series finale dives into the relationship status of all the sisters — including Khloé Kardashian’s on-and-off relationship with Tristan Thompson. The Good American owner and NBA player first got together in 2016 and welcomed daughter True in 2018.

But over the course of their relationship, Thompson reportedly cheated on the reality star multiple times, including while Khloé was pregnant in 2018, and with younger sister Kylie Jenner’s best friend Jordyn Woods in 2019. Yet, time in quarantine led the couple back together, and the final season of “KUWTK” revealed Khloé and Thompson were exploring options to have another child.

“Tristan and I are in a way better place than we were before,” said Khloé in the series finale. “But I’m still trying to navigate my way through my feelings and I don’t know if I’ve really had time to think about what moving [to Boston, where Thompson plays] would mean for our relationship.” As the reality star contemplates moving in with Thompson in the final episode, Khloé reveals whether or not marriage will ever be on the table.

Khloé Kardashian says she doesn't 'need to be married' 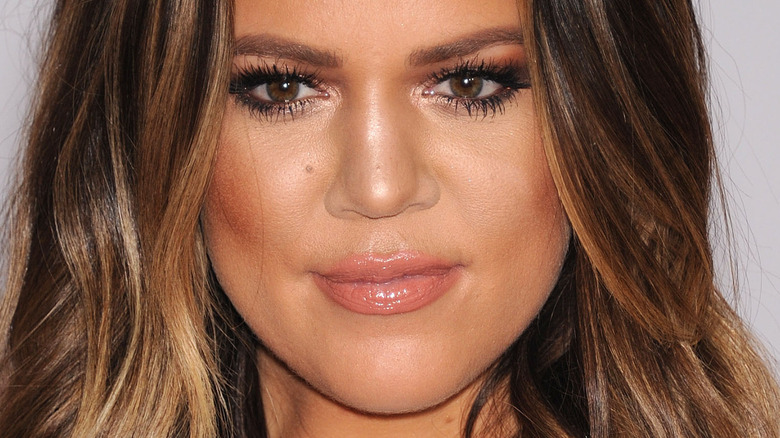 A sneak peek clip of the final episode of “Keeping Up with the Kardashians” previewed a conversation between Khloé Kardashian and Tristan Thompson about their future, and showed the Kardashian opening up about her thoughts on marriage.

In the series finale, Khloé and the rest of the Kardashian clan interview each other for a time capsule of the hit show. When sister Kim Kardashian asks Khloé where she sees herself in the next 15 to 20 years, Khloé reveals she hopes to have more kids and possibly be married. “I hope I have a sibling for [my daughter] True, but also, I don’t feel incomplete if I don’t,” said Khloé. “I don’t know, I think I want to be married again. I think. But I also don’t think I need to be married in order to feel like this is our union.” (In April, most likely after filming the finale, Thompson was once again accused of cheating on Khloé, which he denied.)

Khloé was famously married to NBA player Lamar Odom from 2009, filing for divorce in 2013 (the divorce wasn’t finalized until 2016, per The Sun). The couple married after dating for just a month, and wed after a nine-day engagement that was featured on the reality series.