FOX Business host Larry Kudlow calls out President Biden and expresses sympathy toward the railroad union workers as a rail strike might be on its way on ‘Kudlow.’

Well, I hate to oversimplify, but shutting down the entire American economy over seven paid sick leave days for railroad workers just doesn't seem like a good trade-off.

Now, I know, tempers are flaring on all sides of this. I also know that the unions jumped into bed with Joe Biden before the election in order to save Democratic scalps — now they’re scrambling to get out from under the sheets, as fast as they can.   I also know that, President Biden finds himself alone in bed right now and he’s crying out for the lame-duck Democratic Congress to save his bacon.

So, yeah, the politics here are pretty ugly.  But I also know that it's not the railroad union workers' fault that the Biden Democrats spent wildly, and the Federal Reserve printed all that money and therefore inflation sky-rocketed and therefore what would normally pass as good wage gains have been drowned out by four-decade high inflation.

So, on the margin, I find myself sympathetic to the railroad unions in this one. Remember: they were deemed essential workers, on-call 24/7, during the worst of the pandemic. So, they did their duty and the Biden deal last September provided them with no paid sick leave days. None. Which somehow just does not sound right in common-sense terms. 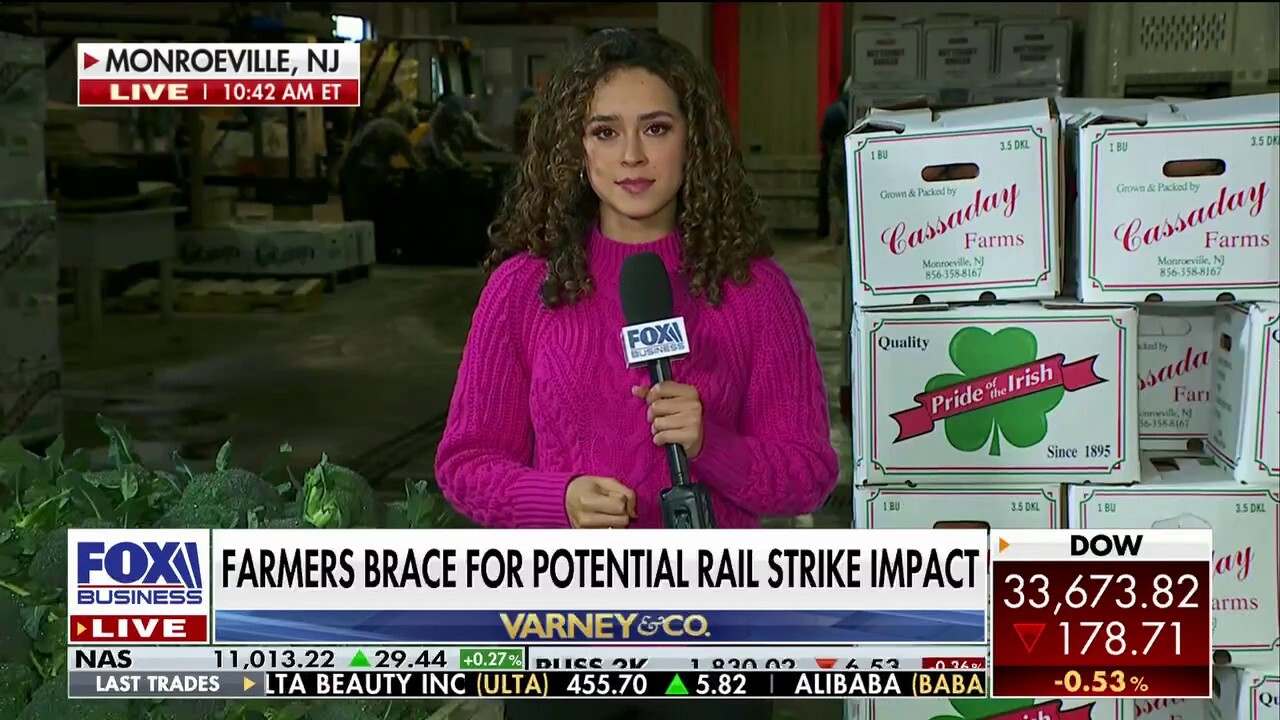 FOX Business’ Madison Alworth reports from a farm in Monroeville, New Jersey to investigate the negative impact the looming rail strike has had on the farming industry.

Now, I don't want to be overly sympathetic even to private sector unions and, as you know, I am completely unsympathetic to public sector unions and Joe Biden, who likes to call himself the "most pro-union president in American history," — well Biden has stacked his National Labor Relations Board with pro-union activists, always trying to rig elections against employers and in favor of unions. Just think Amazon — not good.

What's more, the unions have gotten all kinds of financial breaks from all of the Biden spending bills and that is completely wrong and I am a strong advocate of worker choice, including, by the way, right-to-work states. That’s a population that’s been growing recently.

I mean why should union members have to pay heavy dues to support the left-wing political agendas of their union bosses? The workers usually have good values, while so many of the bosses have turned socialist — and Green New Deal — even though most of that is going to cost their very members a loss of jobs. So, there's a lot of craziness here.

But, color me very skeptical that the Congress should be interfering with private-sector collective bargaining and imposing a solution.  That really borders on denying their right to strike. It sounds a lot like straight-up union-busting.

Now, Congress is apparently falling back on something called the Rail Labor Act of 1926, which has got to be a reach. The thing's only been used, I think, two or three times in the last 100 years.  I would have suggested using a Taft-Hartley injunction, that would have provided an 80-day cooling-off period. That to me would've been much better than having Congress imposing its own will.

Another point — back to the idea that the railroad workforce was not the culprit behind Joe Biden's 40-year high inflation — Republicans going all the way back to Ronald Reagan and Jack Kemp have tried to make the point that pro-business Chamber of Commerce types or even country club RINO's should not be so fast to always blame blue-collar working folks.

Donald Trump helped push the GOP more and more as the blue-collar party of working folks of all shapes, sizes and colors.  Perhaps the Chamber of Commerce types should turn their fire on the big-spending Biden Democrats who brought the inflation on in the first place, instead of contributing to their campaign coffers. 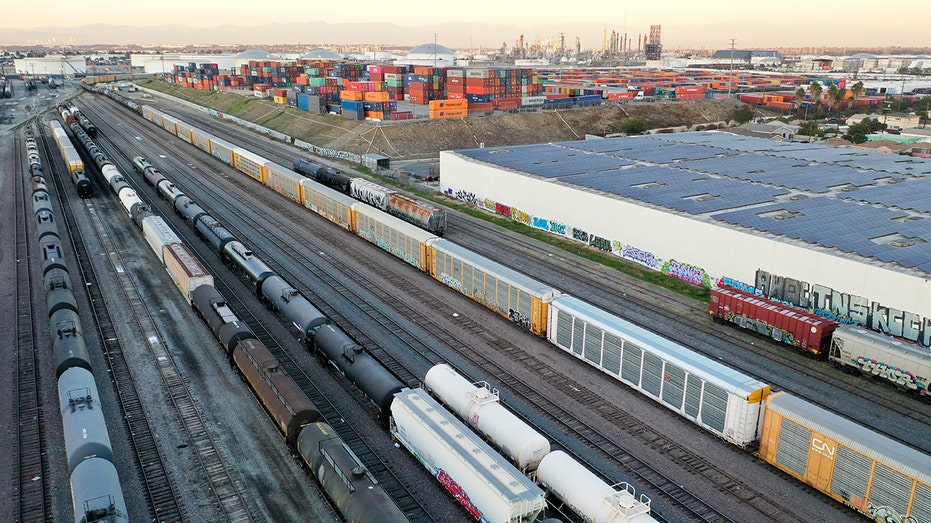 WILMINGTON, CALIFORNIA – NOVEMBER 22: In an aerial view, freight rail cars sit in a rail yard near shipping containers on November 22, 2022 in Wilmington, California. A national rail strike could occur as soon as December 5 after the nation’s largest (Photo by Mario Tama/Getty Images / Getty Images)

Finally, there is a bill in the Senate co-sponsored by Bernie Sanders and John Cornyn and supported by Marco Rubio, Ted Cruz and Josh Hawley, that would sign off on the original Biden agreement, provided there are seven paid sick days in it for the railroad workers.

I kind of like that combination. One socialist with a couple of free-market conservatives. Well, politics makes strange bedfellows.  I’ll just say let's keep the economy open and let’s give the railroad folks their paid sick leave, for heaven’s sake! Alright, that’s my riff and my point of view.

This article is adapted from Larry Kudlow's opening commentary on the November 30, 2022, edition of "Kudlow."