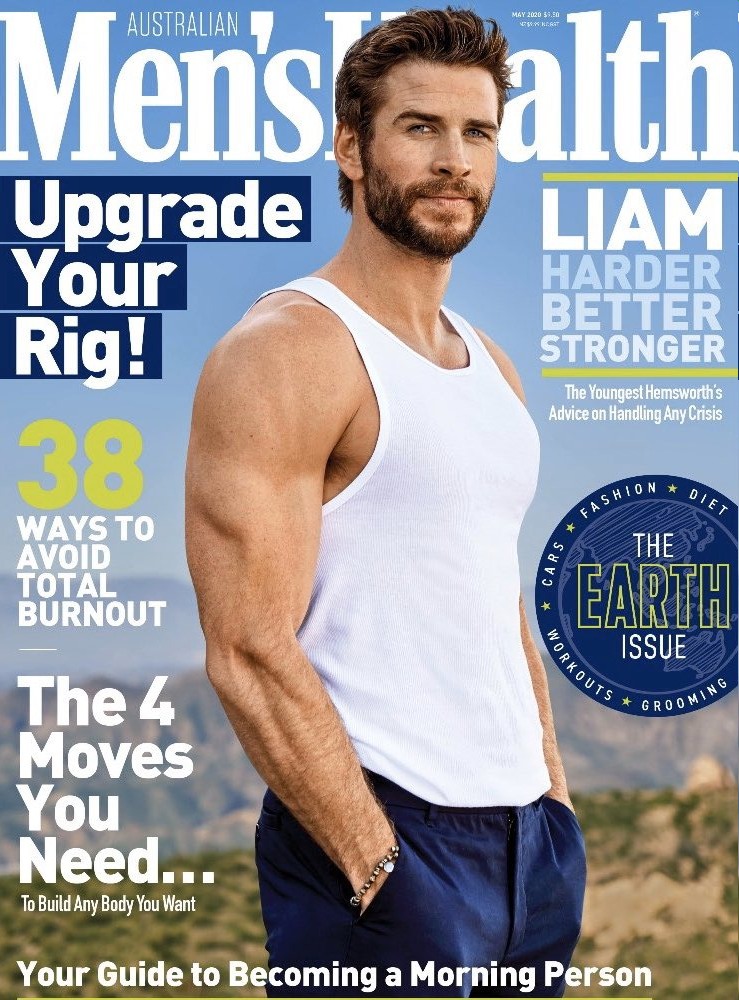 I think there are three kinds of physical attraction. One, the baseline “everything is working here” attraction where you’re physically, emotionally and intellectually drawn to someone (i.e. Clive Owen). Two, there is the shamef–k attraction, the kind where you have no emotional or intellectual attachment to someone and you would actually be ashamed if anyone knew that you were banging them, but you find them so hot you can’t help yourself (i.e. Diplo). Three, there’s the man-meat attraction where you kind of think they might be a douchebag but they’re so good-looking/rugged/hot that you forget to actually speak in words to them, preferring to just go with grunts. So it is with Liam Hemsworth. I honestly don’t care much about his personality – some people (Miley stans?) insist he’s a d-bag, but from what I’ve seen, he seems nice enough, if a little bit dumb. But lord almighty, I would. I would hit it so hard. I almost licked the computer screen when I saw his arms on the cover of Men’s Health. Note: the same photoshoot & interview was used for the Australian & American issues of Men’s Health. Because look at him. Some highlights from this interview:

On the lessons from his 20s that he’s excited to bring into his 30s: “Appreciating the little things. It’s something I always try to remind myself to do, especially in times that maybe things aren’t going the way I planned or the way I wanted things to go. Appreciating what I do have and searching for things that make me happy and things that make me a better person…”

On what he’s found during that search: “Honestly, the past six months…I’d say exercise and fitness is a big thing for me to just feel balanced and levelheaded. I went into a job [Most Dangerous Game] at the end of last year that was extremely physical. I spent most of the project running and getting beaten up. It was just brutal. I leaned out a lot. Running is so jarring. Your knees, your ankles, your lower back.”

On rethinking his diet after going vegan and ending up in the hospital: “I was vegan for almost four years, and then February of last year I was feeling lethargic. Then I got a kidney stone. It was one of the most painful weeks of my life. I was doing press for Isn’t It Romantic. But I had to go to the hospital and get surgery. It’s all good now, thankfully. But once you get one kidney stone, you have a 50 percent chance of getting another one if you continue eating the way you were eating. Well, my particular kidney stone was a calciumoxalate kidney stone. It forms from having too much oxalate in your diet. Oxalates are really high in a lot of vegetables, specifically spinach, almonds, beetroot, potatoes. Every morning, I was having five handfuls of spinach and then almond milk, almond butter, and also some vegan protein in a smoothie. And that was what I considered super healthy. So I had to completely rethink what I was putting in my body.”

On the reason he went vegan in the first place: “Health for sure. I go from one extreme to the other. My mom always makes fun of me. She’s like, “If you could just find a happy medium in between all these things you do, then you’d probably be better off.” It was right before I started shooting Independence Day: Resurgence. The first two years, I felt great. My body was strong, my cardio was high. What I say to everyone is ‘Look, you can read whatever you want to read. But you have to experience it for yourself. You have to figure out what works best for your body.’ And if something works well for a period, great, keep doing it. If something changes and you’re not feeling great, you’ve got to reassess it and then figure it out.”

The rest of the piece is actually pretty interesting, and he doesn’t just talk about his workouts – he also talks about how the California fires in 2018 affected his life (he lost his home but he got all of his animals out) and how naive he was to move to LA when he was 19. He sounds like an interesting, thoughtful guy in general, so even if he gives off hot-meathead vibes, you probably would be able to have an interesting conversation with him. Also: kidney stones are no joke! 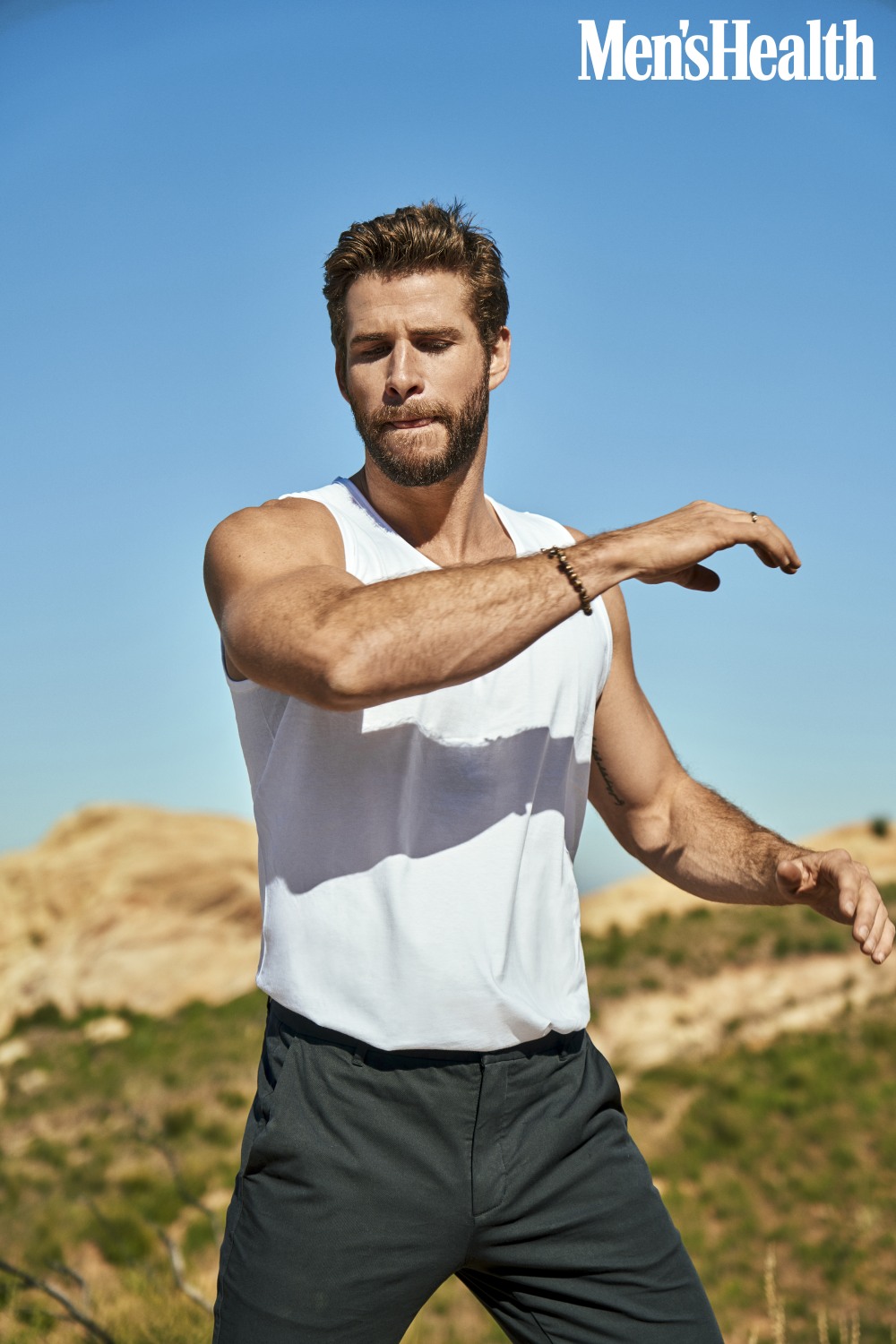 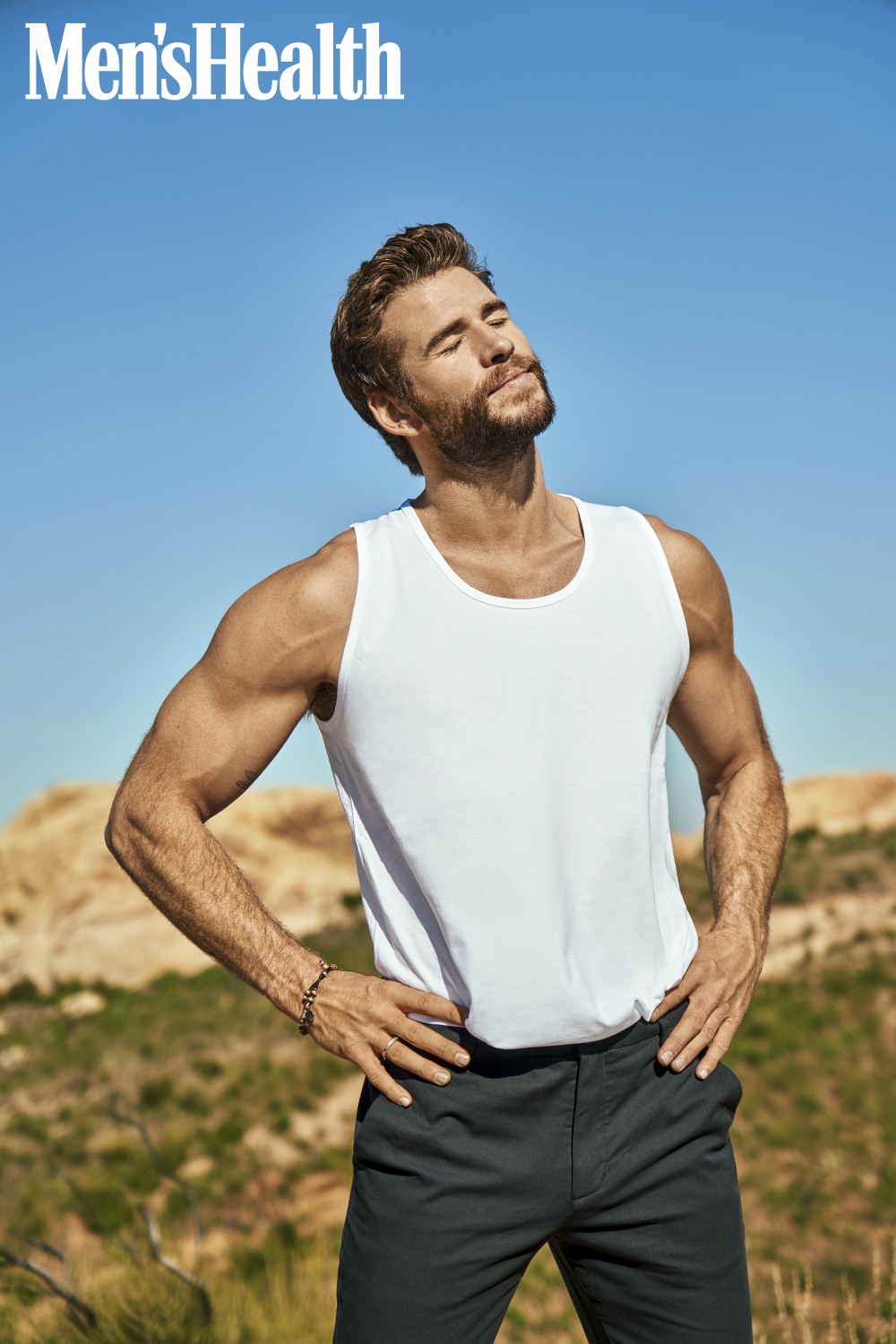 Photos and cover courtesy of The Riker Brothers for Men’s Health.