Martha Stewart has shared numerous lunch recipes with her fans over the years. The lifestyle mogul actually has two recipes for Egg Salad. One is a classic take on the springtime dish. The other has a surprising ingredient, and that makes it Stewart’s favorite. 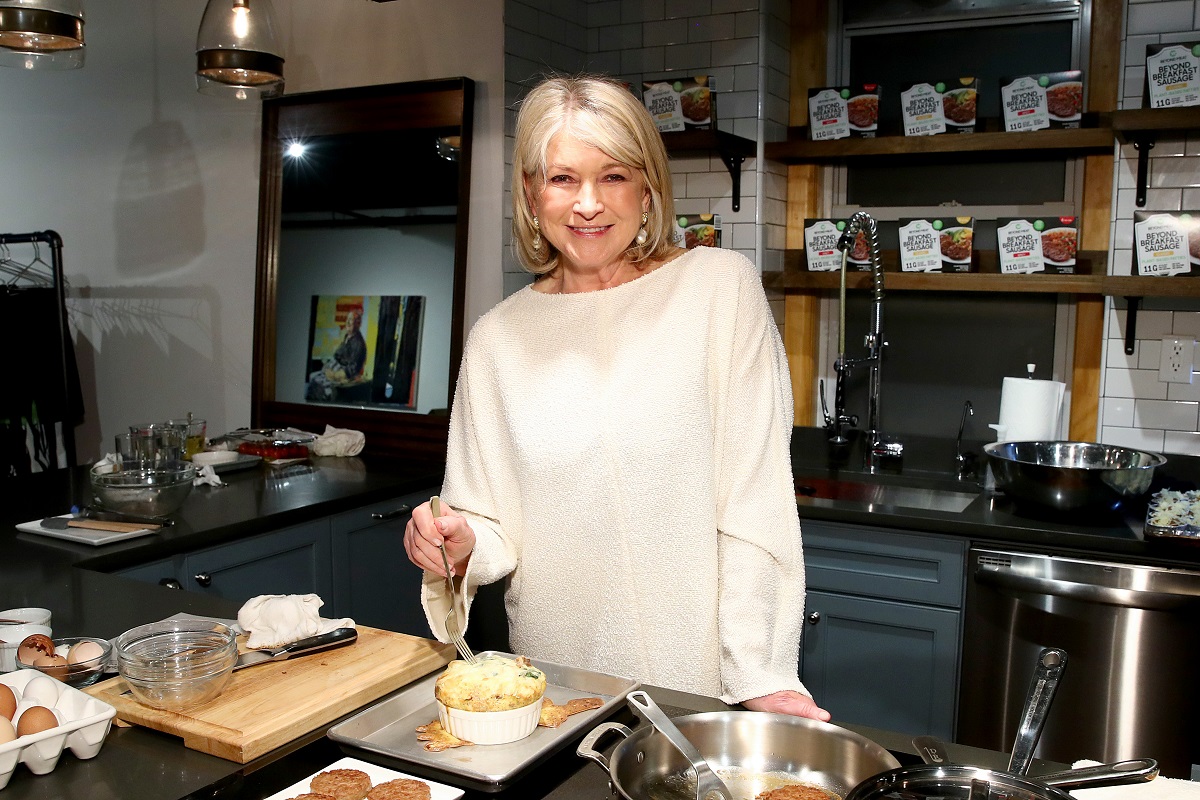 According to Stewart, you should start with 12 large eggs at room temperature. Place those eggs into a large saucepan and cover them with cool water by one inch.

Over medium heat, slowly bring the water to a boil. When the water starts boiling, cover the pan and remove it from the heat. Let it sit for 12 minutes. Finally, transfer the eggs to a colander and place it under cool running water. This will stop the cooking, so the eggs can be peeled and served immediately.

You’ll also need a half-cup of mayonnaise, two tablespoons of chopped celery, two teaspoons of Dijon mustard, a few dashes of hot-pepper sauce, salt and pepper, lettuce or watercress, and bread or toast.

Mix the chopped eggs with the mayo, celery, Dijon mustard, and hot sauce. Season the mixture with salt and pepper and stir gently to combine. Serve the Egg Salad on bread or toast with greens, like lettuce or watercress.

What is the surprise ingredient in Martha Stewart’s Favorite Egg Salad recipe?

Stewart’s classic take on Egg Salad is yummy on it’s own. But for the Living blogger, she likes to make some upgrades. For Stewart’s Favorite Egg Salad recipe, she features a surprising ingredient for some added flavor and health benefits — avocado.

The legendary hostess also has a few other surprising details in this recipe. She uses mostly hard-boiled egg whites and just two yolks. She also calls for light mayo. The star of the show, however, is the use of an entire avocado in the salad.

For the avocado, you want one-half mashed, and the other half roughly chopped. The final ingredients are coarse salt and freshly ground pepper to season, thich, toasted sandwich bread, and optional toppings like lettuce, arugula, or sliced tomatoes.

Stewart suggests using a pastry blender to mash together the egg whites and yolks in a large bowl. Then, carefully fold in the avocado before stirring in the mayo, mustard, and lemon juice. Finally, season the mixture with salt and pepper.

When making Stewart’s Favorite Egg Salad, don’t expect a classic tasting recipe. With most of the yolks removed, this salad is a much different experience.

For a little bit of texture, try adding some celery for crunch. Or, a type of allium, like minced shallot or scallions. Another option is to stir in fresh herbs, like parsley or dill.