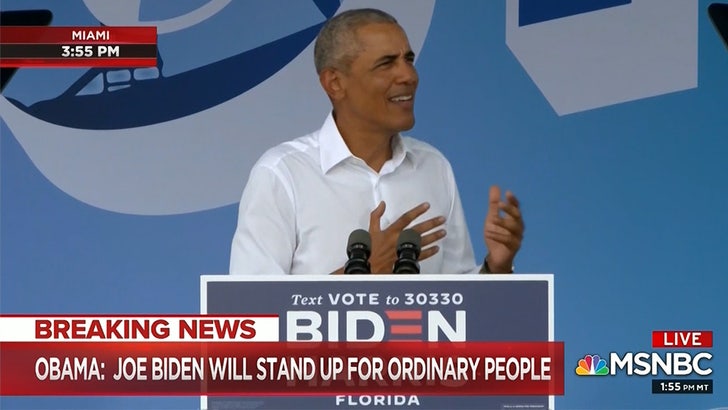 Barack Obama really should consider taking up stand-up comedy in retirement, because the dude’s got some great jokes about President Trump … especially when he’s in Florida.

44 was at a rally Saturday in Miami, where he was campaigning for Joe Biden and Kamala Harris. While addressing a crowd of drive-in supporters, he lobbed some zingers at DT’s expense — likening him to the infamous/reckless “Florida Man” who makes headlines every now and then … oftentimes for absurd things.

Welp, not even Florida Man would do some of the stuff Trump has done in office — like nonstop tweeting, threatening critics with prison time and countless other bizarre acts — at least according to BO. He says we wouldn’t tolerate this type of stuff from virtually anyone else in our lives, so why take it from the leader of our country?

Barack also talked about the façade of being tough — something he says Trump is none of deep down, but something Joe actually is … since he’s been there and done that on the biggest stage. Another point Obama made — if elected, folks wouldn’t have to constantly hear about Joe and Kamala in office, unlike now … where Trump runs the news cycle daily. 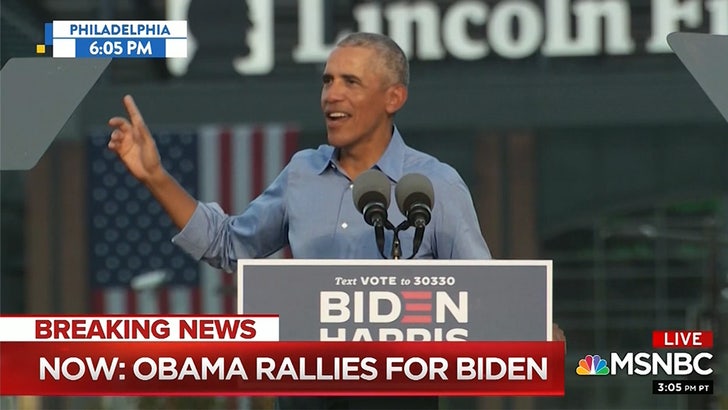 It’s pretty crazy seeing Obama this fierce on the topic — up until now, he’s only referenced or criticized Trump indirectly, with veiled shots. Now, the gloves are off in the final stretch.