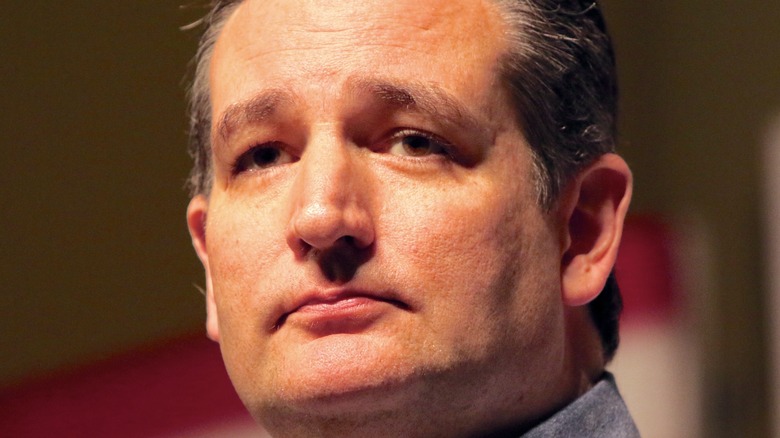 In a world where politicians are documented like celebrities, perhaps none are more oddly fascinating than Ted Cruz. The entrenched Republican Texas senator has been in the spotlight on the world stage of politics for several years, and has become something of a villain in the realm of American “political theater.” After all, it’s hard to move past his flight to Cancún while his state suffered from debilitating electrical blackouts (via The Atlantic).

Yet woven in with the controversial political acts, there’s a strange sense of humor to Cruz’s political career — more often than not at his expense. In the chaotic 2016 election season the still-perpetuated conspiracy theory that Ted Cruz is the infamous Zodiac Killer was born (via GQ).

In July of 2019, Cruz tweeted that he grew out his beard to stop being compared, by the internet, to “The Office” character Kevin Malone. Out of all of these though, Cruz’s most absurd blunder comes from the 2016 election cycle. 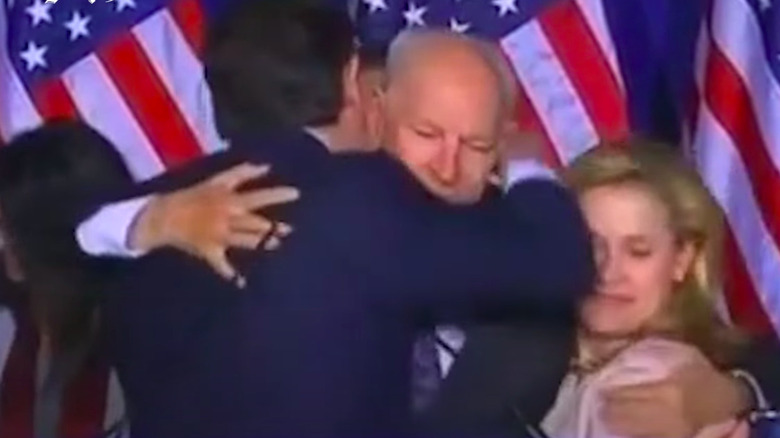 Yes, you read that correctly. In May of 2016, Ted Cruz officially dropped out of the GOP presidential race after being beaten by former President Donald Trump in the Indiana primaries (via Hollywood Reporter). He was joined onstage for his concession speech after the results by his wife Heidi Cruz and his father Rafael Cruz.

When he was finished speaking, he turned to hug his father — punching his wife in the face in the process. As if that wasn’t bad enough, he elbowed her twice in the cheek while trying to correct his mistake and pull her into the now-awkward group hug. The video spread across social media like wildfire, with multiple gifs being made and circulated the same day. A gif of the incident was even shared by Washington Post correspondent Philip Bump under a tweet with the original video and the caption, “When it rains.”