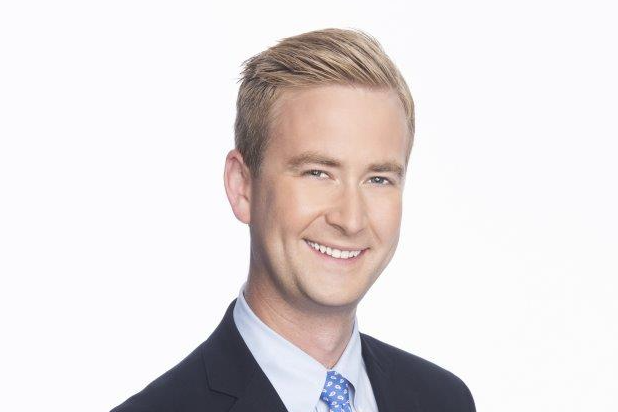 Fox News announced Wednesday that Peter Doocy has been made a White House correspondent. He is the son of the network’s “Fox & Friends” co-host Steve Doocy.

The appointment came days after it was announced John Roberts would be moving from the White House briefing room to an anchor chair.

Doocy, who covered the entirety of President-elect Joe Biden’s campaign for Fox News as well as the Democratic field of competitors overall, will join colleague Kristin Fisher at the White House.

Fox News Media president and executive editor Jay Wallace said Thursday, “Peter’s affable nature, tireless work ethic and dedication to advancing the story on the campaign trail further enhanced our reporting throughout the historic 2020 election cycle. We look forward to adding him to our White House team, alongside Kristin Fisher, both of whom we are confident will provide our viewers with informative insights from President-elect Joe Biden’s administration.”

Doocy was most recently dispatched by Fox News to cover the Senate runoff elections in Georgia, where he gave “Fox News @ Night” viewers insight into how Republicans were handling what looked like it would be — and turned out to be — a defeat for both incumbents that eventually gave Democrats control of the Senate.

Related posts:
TV and Movies
'Below Deck': Some Viewers Were Annoyed Delores Flora Was Rewarded for 'Vile Behavior' When She Appeared on 'WWHL'
Mortgage expert reveals seven mistakes first-time buyers make at house viewings
Will there be a Traces season 2?
Emmerdale spoilers: Manpreet Sharma exposed as a fake by vicar Charles as he recognises her as his dead ex Saira
Who Is Gossip Girl Star Jordan Alexander? – Nicki Swift
Recent Posts
This website uses cookies to improve your user experience and to provide you with advertisements that are relevant to your interests. By continuing to browse the site you are agreeing to our use of cookies.Ok