Fun for all! Prince William revealed how his and wife Duchess Kate’s daughter, Princess Charlotte, celebrated her sixth birthday on Sunday, May 2.

“She had a lovely day, thank you,” William, 38, told Babcock Vehicle Engineering’s Jenna Jackson while visiting the company on Tuesday, May 4, via Hello! magazine. “Last year it was her birthday in lockdown, but this year we were able to have one other family over.”

The Duke of Cambridge — who was on location in Walsall, England, to learn about how the company’s new ventilators played a role in the coronavirus pandemic health crisis — added: “They grow up very fast. It was great fun.” 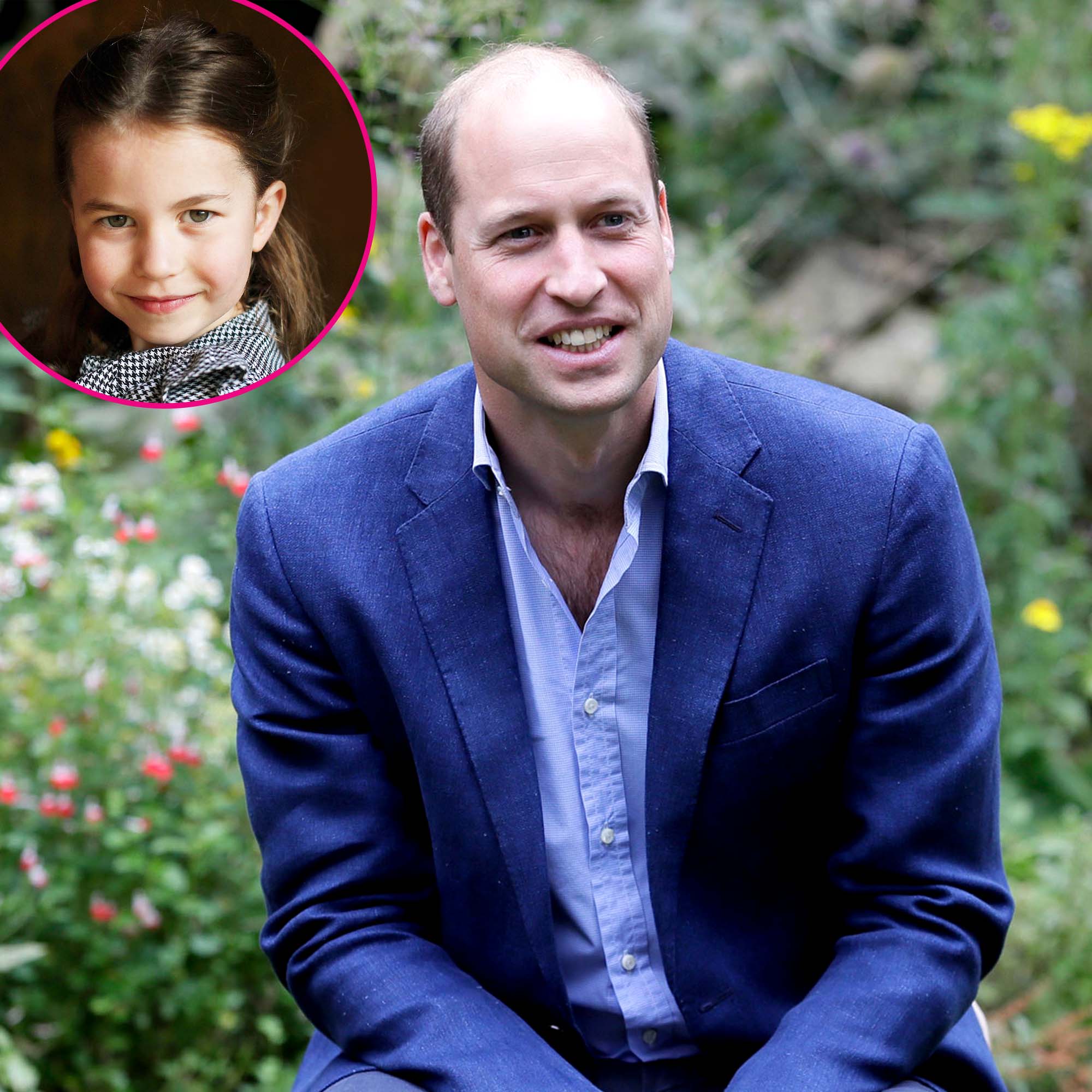 Per tradition, the royal family released a new portrait ahead of Charlotte’s birthday on Saturday, May 1. “Wishing Princess Charlotte a very happy sixth birthday today. 🎈,” the Instagram caption read at the time.

In the snap, which was taken by the Duchess of Cambridge, 39, the princess smiled wide as her light brown, long locks fell around her face. Charlotte looked like the spitting image of her father in the new photo, especially in her eyes and big grin.

A month prior, Kate’s mother, Carole Middleton, opened up about how she bonds with her grandchildren, Charlotte and her two brothers, Prince George, 7, and Prince Louis, 3.

“It’s important for children to grow up appreciating nature and part of that is allowing them to get a bit muddy,” Middleton, 66, said in the May issue of the U.K.’s Saga magazine, adding that she enjoys planting with her grandchildren.

The Party Pieces founder is also the grandmother of 2-year-old Arthur and 1-month-old Grace, whom her daughter Pippa Middleton shares with James Matthews. Carole, who shares Kate and Pippa, 37, as well as son James Middleton, with husband Michael Middleton, added that growing vegetables and “digging for spuds is fun at any age.”

When it comes to the great outdoors, Charlotte is just as adventurous as brothers George and Louis according to royal expert Katie Nicholl. 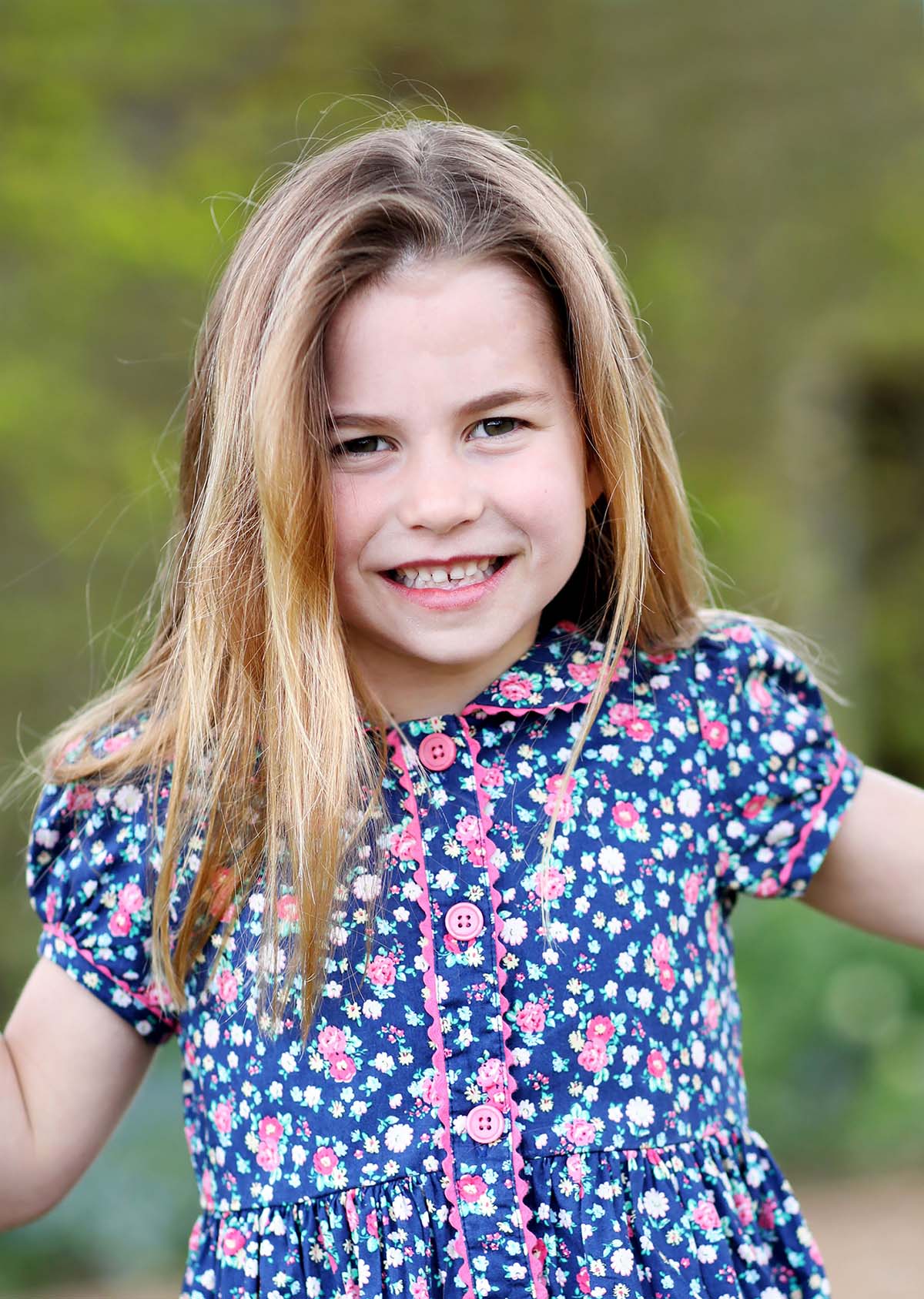 “Charlotte is a massive fan of spiders and loves looking at them and learning about them,” Nicholl told OK! in January. “So [Kate and Charlotte] go on spider hunts so that she can see them up close and then let them go.”

To “limit” the kids’ screen time, Kate also takes her trio outside no matter what the weather. “She wants them to get fresh air and be in nature,” Nicholl said. “She loves to pick vegetables with them in the gardens. If they are learning about rivers or the sea, she and William try to incorporate that into their walks.”

Two months prior, a source exclusively told Us Weekly that all three of the Cambridge children are “well behaved,” but “Charlotte and Louis both have a cheeky streak.”

The insider added that the princess “loves gymnastics” and has “recently taken up kids’ yoga,” while her big brother is “obsessed with helicopters, planes and marine biology.”