In case you were wondering, nope, we’re not done talking about The Crown Season 4. Mostly because random members of the royal household keep emerging with their opinions—including Former Royal Chef Darren McGrady.

McGrady, who worked for the royal family for a full 15 years, told Us Weekly that the fourth season wasn’t the most accurate, saying “My goodness, they really went for the artistic license. I liked the first queen, the second one, I’m not so keen on. She doesn’t smile enough in there.”

He then explained that Queen Elizabeth II has a “great sense of humor” and is “always smiling,” which…okay! 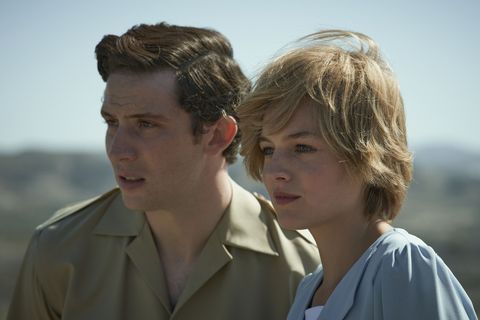 When it comes to the Princess Diana and Prince Charles storyline, McGrady says “You see them in Australia sort of arguing and fighting, but, you know, they were happy there. And the same as, you know, Balmoral Castle, when we had the Ghillies Ball.”

He continued, “I remember standing there watching Prince Charles and Princess Diana dancing together, and they were spinning and spinning, and the princess loved to dance. So she took advantage and she was spinning the prince faster, and then he was laughing louder and louder. And when I see The Crown and see that and think, ‘You don’t know the whole truth.’”