Sabrina Carpenter showed up to the 2022 MTV Video Music Awards in not one but two stunning outfits, because of course she did. A fashion girl through-and-through, the singer served up some major homecoming inspiration with her dress swap.

Her first look of the night was a show-stopping (think exaggerated hip cutouts and a plunging neckline) dress by Moschino with a groovy, multicolored floral print. The black sequin dress embraced all the colors of the rainbow. But don’t sleep on her second look, because Sabrina changed into an equally-memorable outfit before attending the star-studded VMAs afterparty.

The “emails i can’t send” singer, who recently sold out her tour, stepped out onto the red carpet in a light pink, micro-mini AKNVAS babydoll dress covered in iridescent sequins. The top featured black bust-outlining frame that led into thin black spaghetti straps, giving girly glam at its finest. 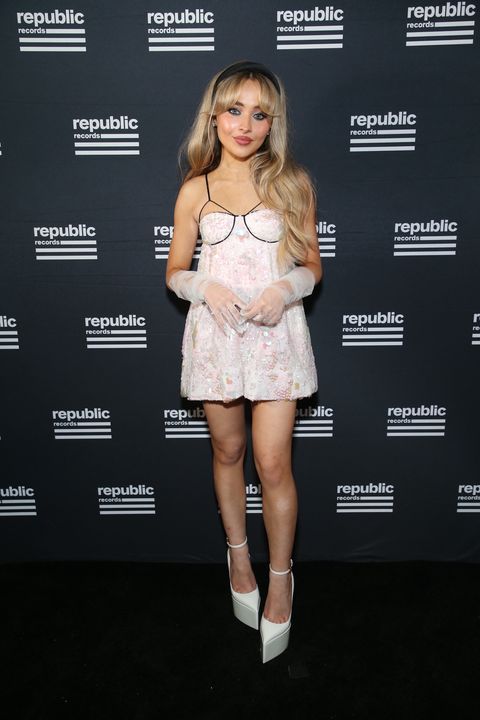 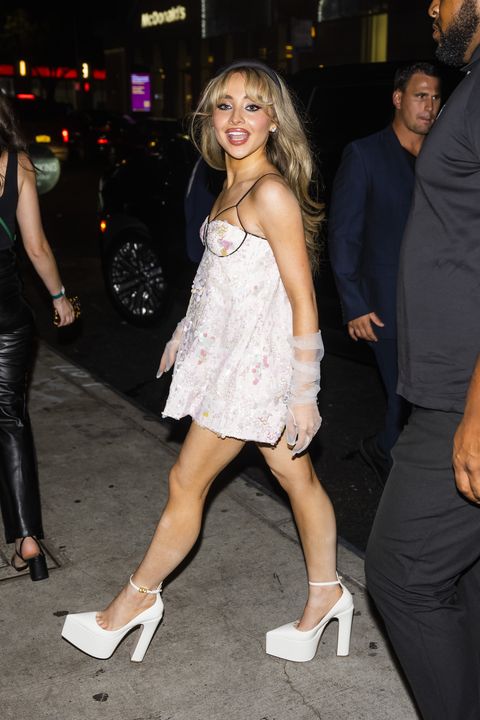 Sabrina accessorized with sheer, white tulle gloves and towering, pointed-toe platform Valentino heels with delicate straps that secured around her ankles. Her shoes alone will run you $1,150 but we found a couple of similar pairs if you’re looking to recreate Sabrina’s shoe game for homecoming this year.

Sabrina kept her hair the same throughout the entire night, sporting a preppy black velvet headband that would’ve made Blair Waldorf proud. She wore her blonde hair in loose, soft waves and styled her curtain bangs into face-framing swoops. Sabrina’s makeup look was all about the eyes — she opted for a kohl-lined look with glowing skin and mauve lipstick.

Sabrina posed for a party photographer with fellow pop superstars Taylor Swift and Rosé, who both attended the afterparty as well. Taylor’s longtime boyfriend Joe Alwyn was also there, although the only photo evidence we have of his attendance is an iconic Twitter video of Taylor and Joe running away from the paparazzi. 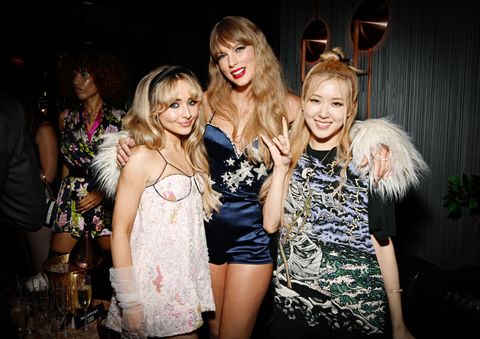 Sabrina wasn’t nominated for a VMA this year, but we couldn’t get enough of her outfits in the “because i liked a boy” music video, so if it were up to us she would’ve won all the awards…there’s always 2023!