Selena Gomez and Only Murders in the Building‘s costume design team put a comfy spin on a preppy Gossip Girl-esque look yesterday while the actress was shooting the Hulu show in Manhattan. Gomez was photographed in a blue and orange look, featuring a great tan jacket, cropped light blue sweater, and matching plaid skirt. Tights and black boots completed the look. 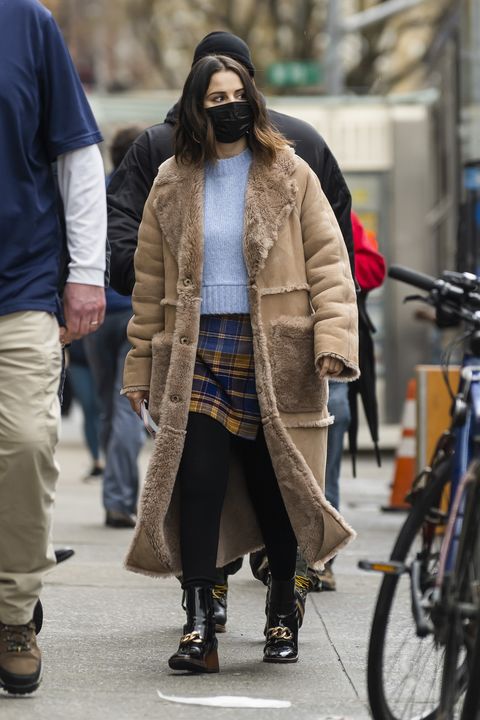 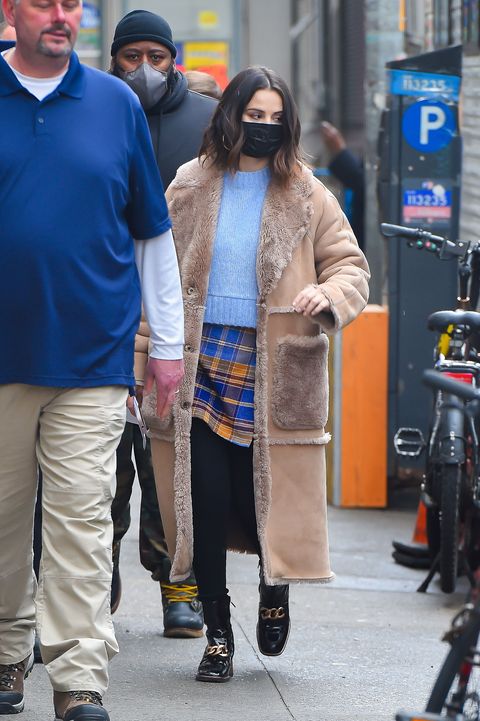 Only Murders in the Building‘s costume designer Dana Covarrubias spoke to ELLE.com about Gomez’s character Mabel’s style last season—and why Mabel wears so many bright-colored clothes.

“Her whole concept was basically that her costumes were a type of armor,” Covarrubias said. “So she’s using these really bright colors in the same way as an animal with a brightly colored coat: ‘Beware. Danger. Leave me alone. Back off.’”

Gomez is filming season 2 of the show now. Her longtime friend Cara Delevingne is also working with her, joining the cast as Alice, a sophisticated art world insider. “It’s definitely most like me than any other character I have ever played,” Delevingne told ELLE.com in an email interview published this week. “But with some more daring looks, for sure.”

Delevingne reflected on her friendship with Gomez and being colleagues again. “Selena is a very special friend, and it’s been so fun to get to work with her for the first time. Well, actually, second time,” Delevingne said. “She actually hired me when I had just become a model, and she had designed a clothing line. We have known each other a long time. And, of course, working with Steve Martin and Martin Short is like a master class in comedy. I feel so lucky to get the opportunity.”