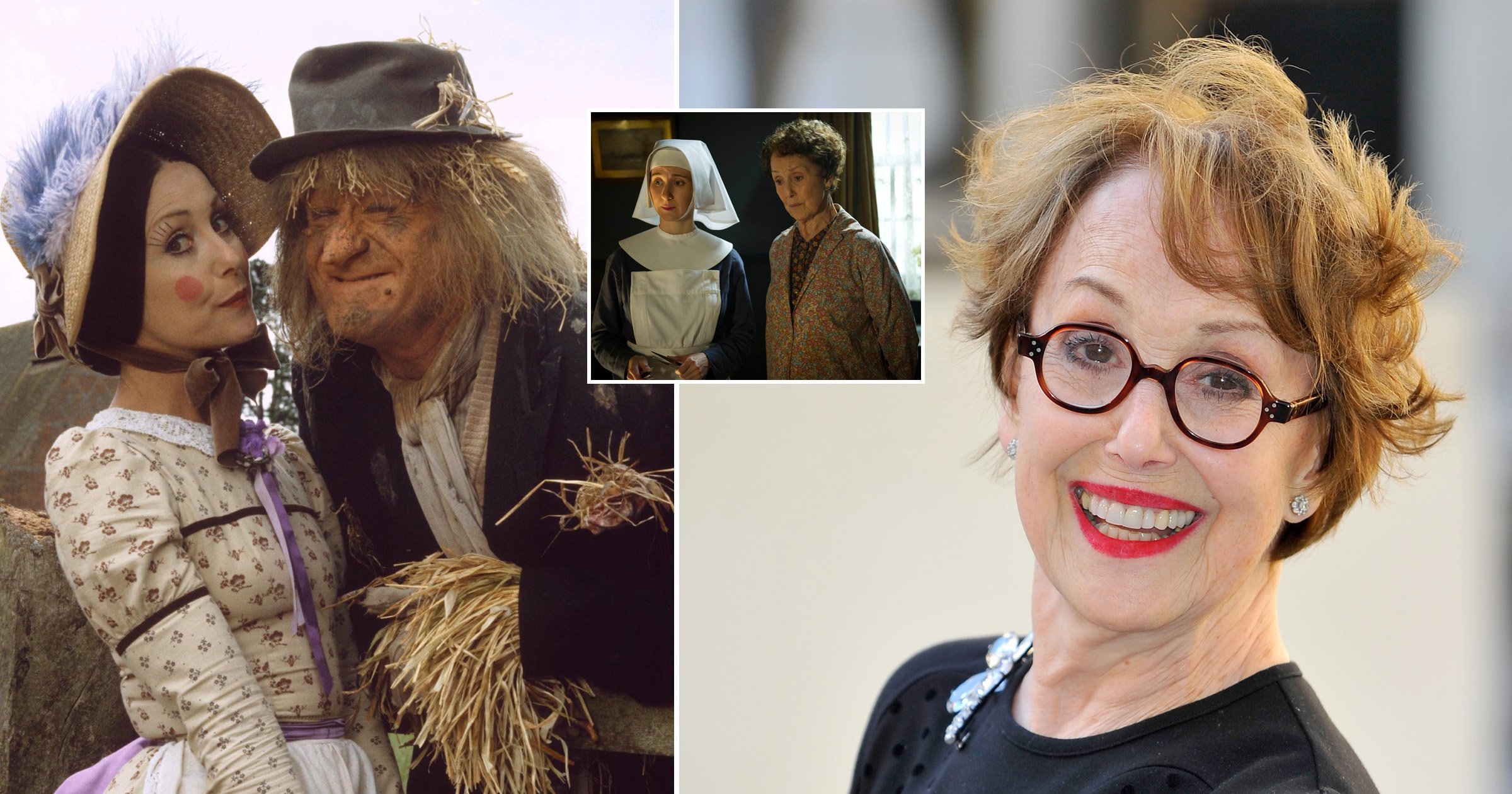 The star, best known for roles in Sherlock, Worzel Gummidge and EastEnders, died at her home in Edinburgh surrounded by her family.

Her family confirmed: ‘Mum passed away quietly today with her family around her, in Edinburgh. We ask for privacy and understanding at this most difficult and sad of times.’

Her agent told BBC News that she had been ill for a few months.

A statement read: ‘We are desperately sad to have lost not only a wonderful actress, whose screen and stage career, spanning over 50 years, was so extraordinarily varied, from Till Death Us Do Part to Sherlock, as well as memorable performances in the West End, at the Old Vic, Donmar Warehouse, Sheffield Crucible and National Theatre, but also a wickedly funny, elegant, stylish, graceful, gracious and kind and constant friend.

‘She was also a highly respected and exhibited artist. We will miss her enormously and remember her always.’

The star found fame in the 1960s, appearing in films including Sir Cliff Richard’s Summer Holiday and Wonderful Life.

However, it was on television that her star really rose, landing the role of Rita on Till Death Us Do Part in 1966 and playing her until 1975, before reprising the role in Till Death… and the sequel In Sickness and In Health.

Four years later, Stubbs was cast as Aunt Sally in Worzel Gummidge, which became one of her signature and best-loved roles.

Other credits included Midsomer Murders, The Catherine Tate Show, Call The Midwife, Benidorm and The Worst Witch, in which she played Miss Bat.

In 2006, Stubbs joined EatEnders as Caroline Bishop, and in 2010, she was brought to a whole new audience playing Mrs Hudson in the hugely successful Sherlock.

Outside of acting, Stubbs co-presented The Big Painting Challenge on BBC One alongside Richard Bacon.

Her final roles came in 2017, when she played Mrs Haddock in The Durrells, and starred in the TV movie Murder on the Blackpool Express.

Stubbs was also an accomplished theatre actress, starring in productions of Noël Coward’s Star Quality, The Curious Incident of the Dog in the Night-Time, and La Cage Aux Folles.

She is survived by her three children, Jason, who she adopted with Gilmore, and musician-composers Christian and Joe, her sons with Henson.