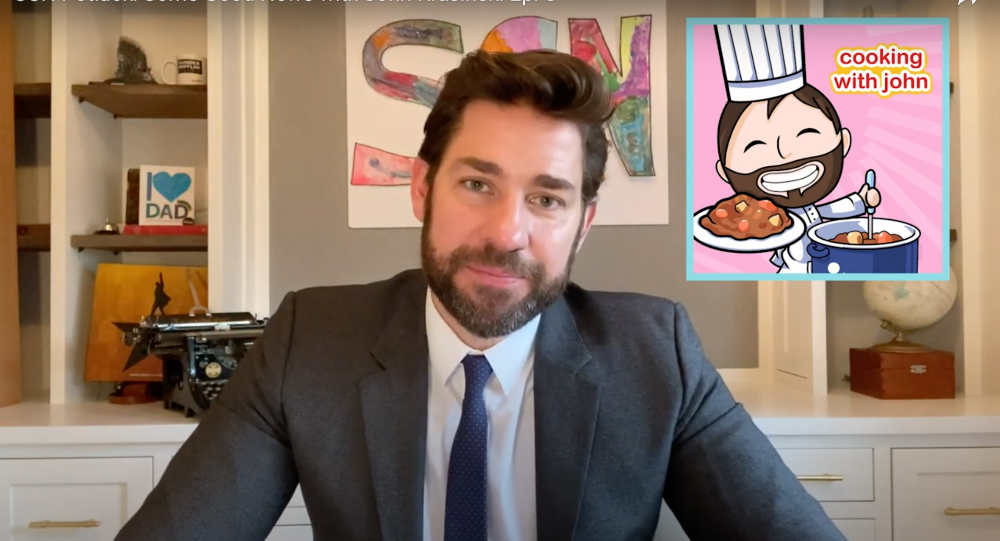 John Krasinski’s Some Good News episode five focused on food: food producers, those delivering food, those handing food out and those helping food workers. In addition, John invited four of the viewers who’d submitted their recipes on the show and asked famous folks to make their recipes.

The first up was “Nana.” The way John said it, I first thought it was his grandmother, but no, Nana is the 90-year-old grandmother of Joe ‘Baboots’ Curci who responded to John’s call for recipes with this video:

Oof! That’s a stiff drink. Although, to be honest, of the quarantinis I’ve seen or been sent, this is one of the better ones. I actually like flavored vodka, so I’d try it. To make Nana’s Quarantini for the show, John asked Stanley Tucci, who resides as our current Drink Doyen after his Negroni video went viral. The biggest different is Stanley read Nana’s pours as shots, so one of Stanley’s drinks will kill you. But, the ratio of each liquid is still the same so the taste should be the same. To answer my own question – definitely Nana’s Quarantini, but that’s because I don’t like Campari. 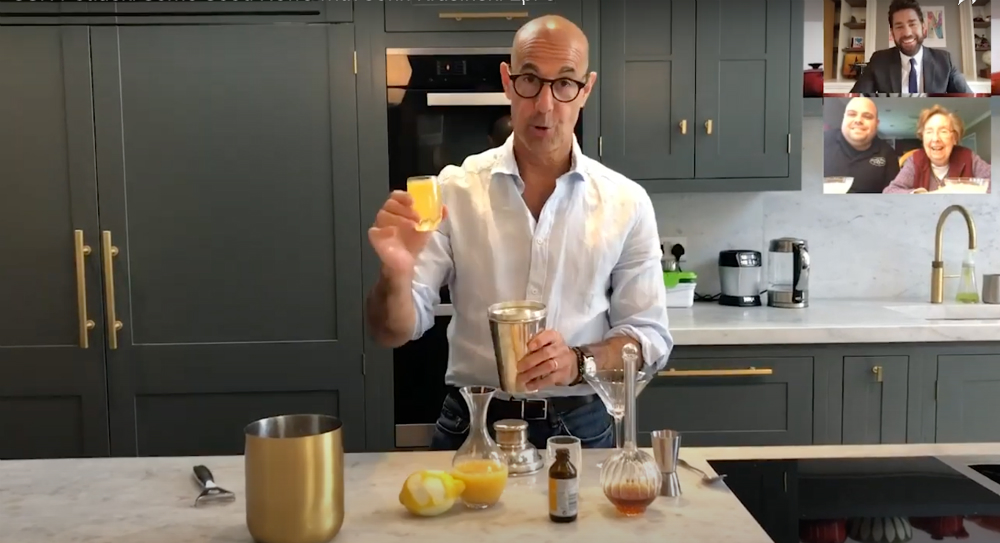 Sara Szymanski sent John her grandmother’s recipe for pierogis. With both John and Sara being Polish and pierogis a staple in Polish cooking (and just delicious little pockets of wonderfulness), John brought out the big guns. Like, big guns. John enlisted the help of another Polish cook, Martha Stewart, to make Sara’s family recipe. As a big Martha fan, I was a little nervous about what Martha would say about the recipe, since she’s known more for speaking her mind than being nice. But Martha kicked off her segment by saying that Sara’s recipe was very much like her own mother’s recipe, which was her go-to for pierogis and it made everything really personal after that. Martha ended by telling Sara she hoped she done her family’s recipe proud, it was lovely. Sara pinned the recipe in her Twitter profile. 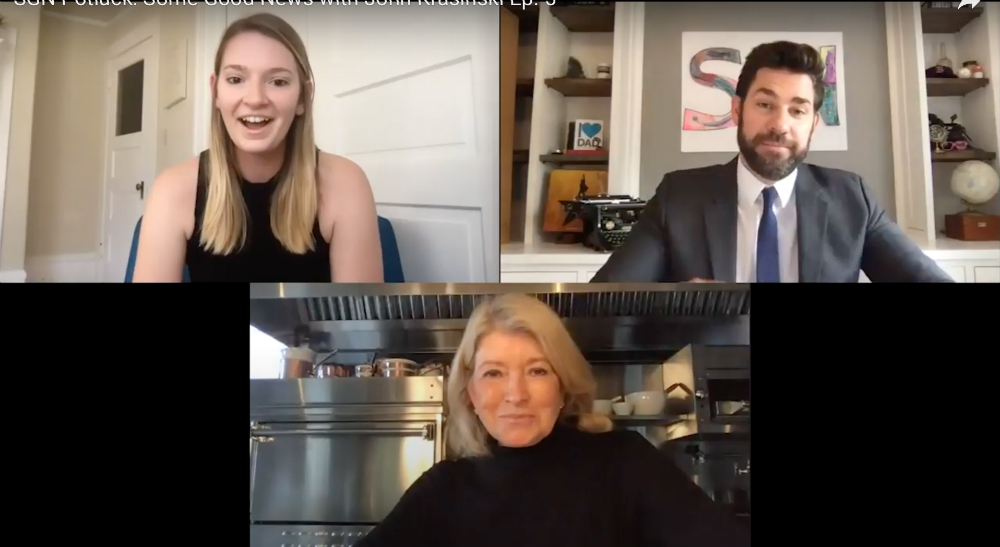 Shannon from Back Bay submitted a very creamy chicken cacciatore recipe, which looked wonderful. John called in Chef David Chang, who hosts a show my husband and I love, Ugly Delicious. One of the things I like about Dave is he views food as an experience and although he’s a highly accomplished chef, he’s not a food snob. In his pizza episode he touts Dominoes because it reminds him of his childhood. So I was particularly thrilled to see him make Shannon’s dish and to see her face when he said his wife said it’s the best thing she’s eaten in quarantine. Shannon is requesting you DM her if you want the recipe. 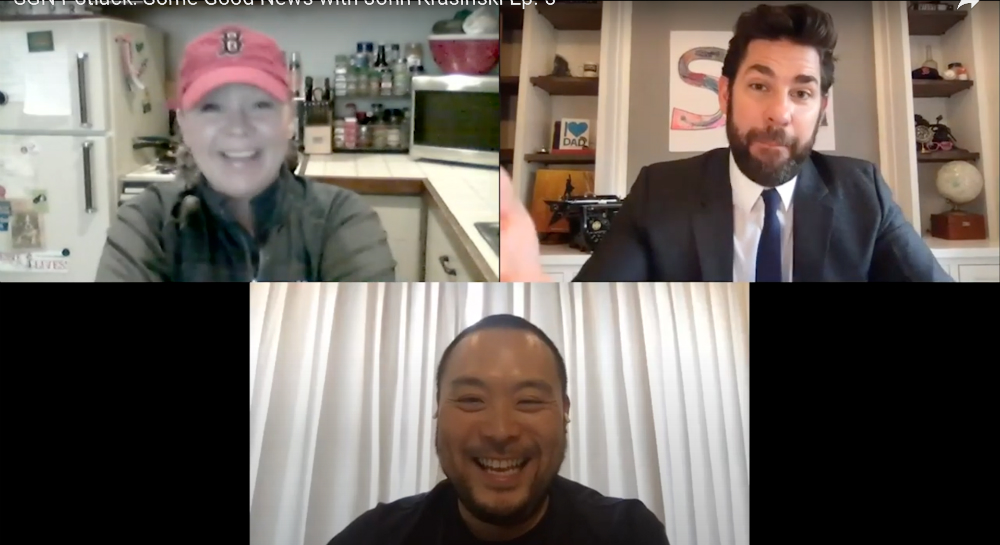 Penny from Northbridge sent in a sloppy joe recipe she called The Dynamites. As a truly inspired choice of chefs, John asked Guy Fieri to make Penny’s dish. I know many of you will come at me, but I really like Guy. I love Diners, Drive Ins and Dives and I know plenty of restaurateurs in San Francisco who have served/worked with him and say he’s a solid guy. I just find him entertaining as hell. Plus, as John pointed out on the show, Guy’s started a fund to help struggling restaurant workers and had raised $17M as of Sunday. Guy, of course, added his own touches to the sandwich but even Penny thought they were great. After his segment, John told Guy that PepsiCo had kicked in an additional $3M to put Guy’s relief fund over $20M and it was obvious that Guy not only didn’t see it coming, he was floored. Penny’s recipe is here. 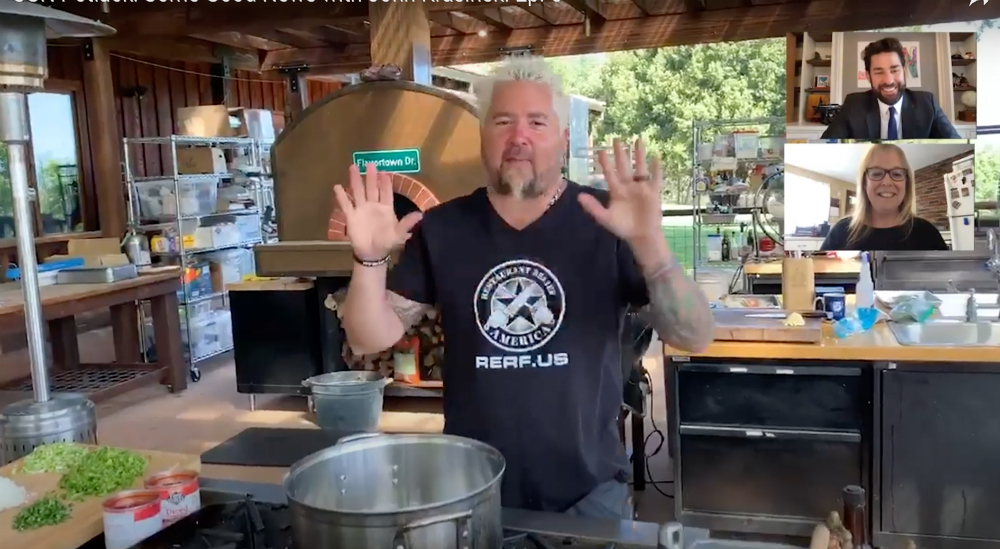 Food and feel good – this episode was written with me in mind. I was truly surprised how heartwarming it was to watch well-respected food folks make other people’s recipes and just say complimentary things about them. It got me to wondering, if I were to submit a recipe, what would I submit and who do I wish would make it? Probably my mother’s lasagna and want Ina Garten to make it. What about you?

Here’s the episode, it’s queued to start at the cooking segment: 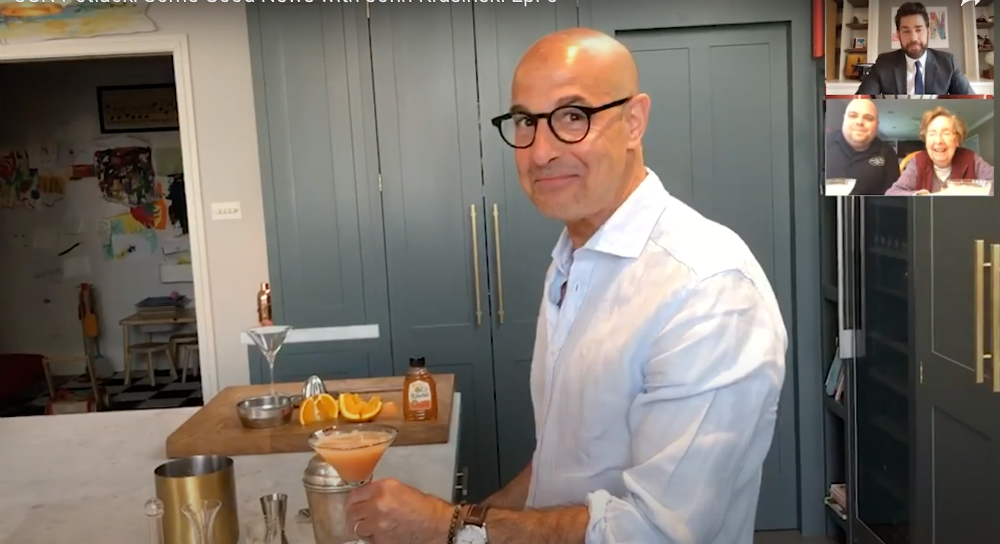