While BBC Breakfast star Steph McGovern, 38, was getting one of her duties done at home this evening, the TV broadcaster explained how it all went wrong and admitted she had “never been so disgusted” with herself. The Channel 4 host shared her revelation with her 403,000 Twitter followers tonight.

I have never been so disgusted with myself.

Steph, who is in lockdown with her partner and seven-month-old daughter, opened up about how it all went wrong for her this evening after she had taken her bin bag outside.

The TV presenter wrote on Twitter: “A bin drama.

“I ran out in the 5 min window when it wasn’t raining to put the bin bag in the outside bin. I lift the lid,” she continued.

“Throw the bag in. A gust of wind comes. The bin lid slams down.” 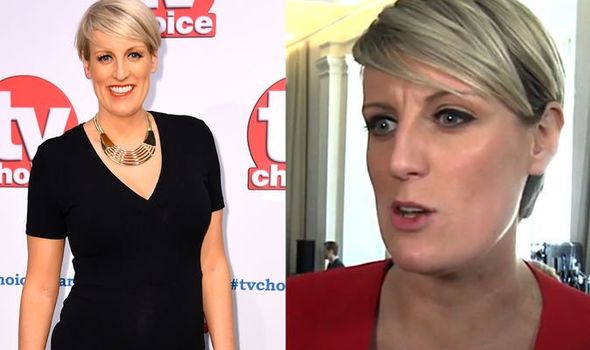 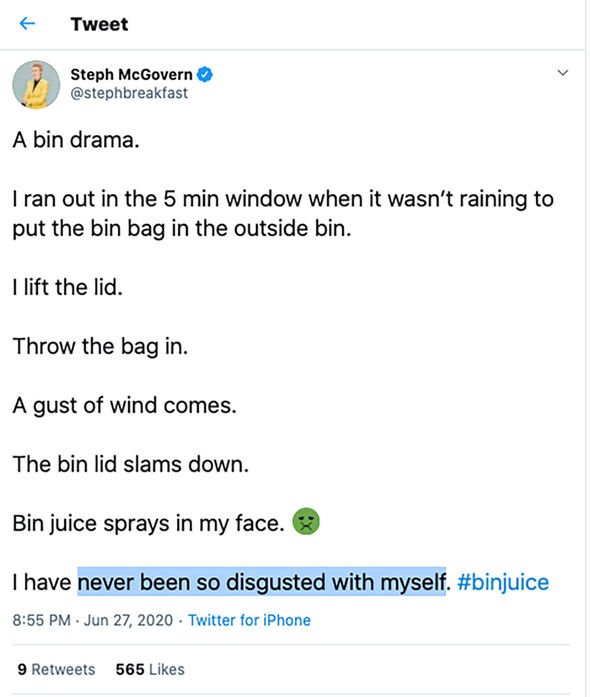 The star went on to add: “Bin juice sprays in my face. I have never been so disgusted with myself. #binjuice.”

Soon after Steph shared her rather amusing story online, many fans waded in to express their thoughts after the TV host’s series of unfortunate events.

One wrote to the journalist: “I can hardly bring myself to lift the big bin lid.

“Think I’d have passed out with shock if #binjuice got me Flushed face #OCD.” 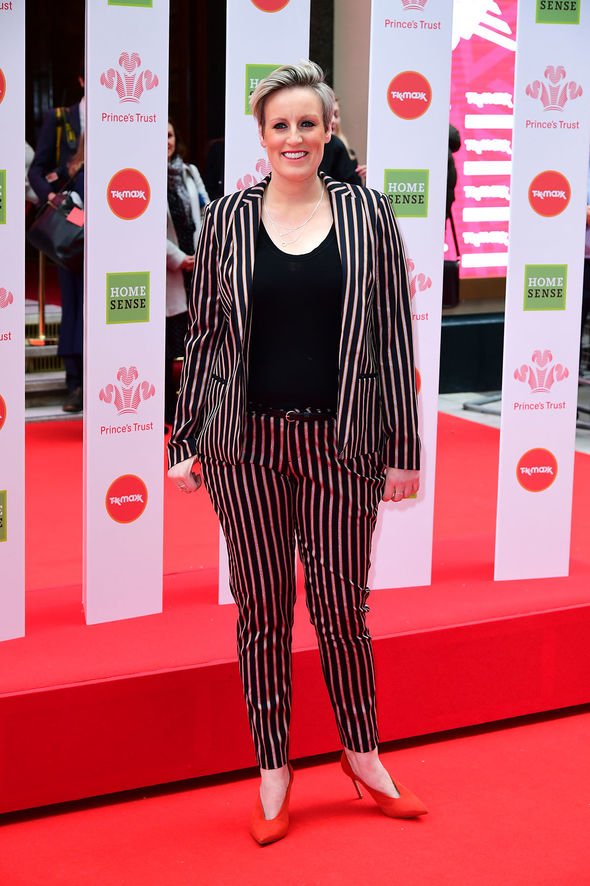 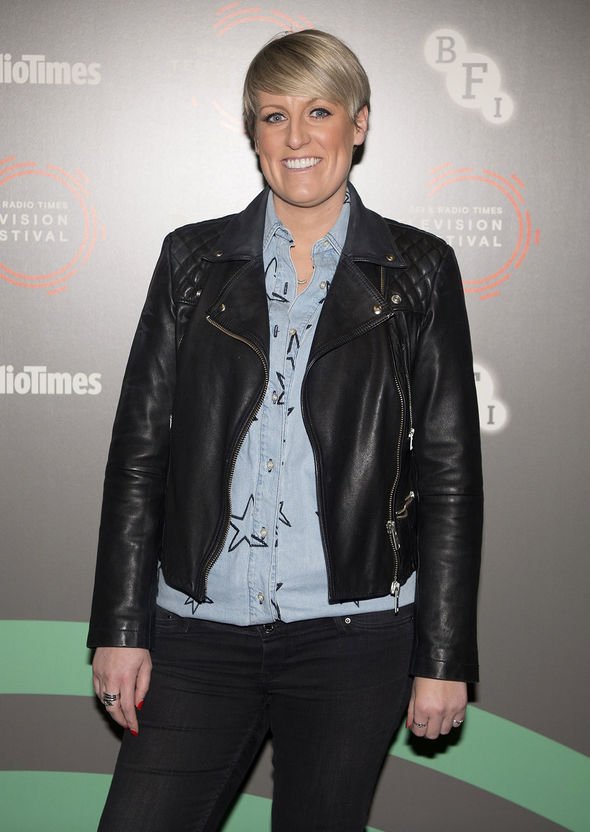 To which Steph replied: “I know what you mean. Every time I panic about it slamming down and today it finally did.”

Another quickly penned: “Bin juice is the stuff of the devil.”

Steph is best known for previously working as a business presenter and journalist with the BBC and BBC Breakfast.

The TV star left the BBC to host her new Channel 4 show, The Steph Show, which she launched during lockdown.

However, Steph and her team decided to put her programme on hold until they can continue filming in their studio in Leeds.

The presenter explained her decision in more detail as she wrote to her Twitter followers: “As much as I’ve loved doing a lockdown show at home I never expected it to go on this long.

“We’ve decided it’s time to have a break and give my family our home back,” she announced.

“The proper prog will be launching when the Leeds studio is sorted, I may still be wearing slippers #TheStephShow.”

She went on to confirm: “The plan is to launch again at our fancy studios at Leeds Docks in a couple of months, once they’re safely up and running.”

Steph became a mother for the first time with her partner in November last year.

Announcing the exciting news, she shared on Twitter: “Well hello world, just surfaced to let you know that we now have a daughter!

“Born on Monday morning just as @BBCBreakfast was wrapping up. We’re all fine and dandy. Just getting used to the eau de sick/poo I am now regularly wearing. #babylife.”