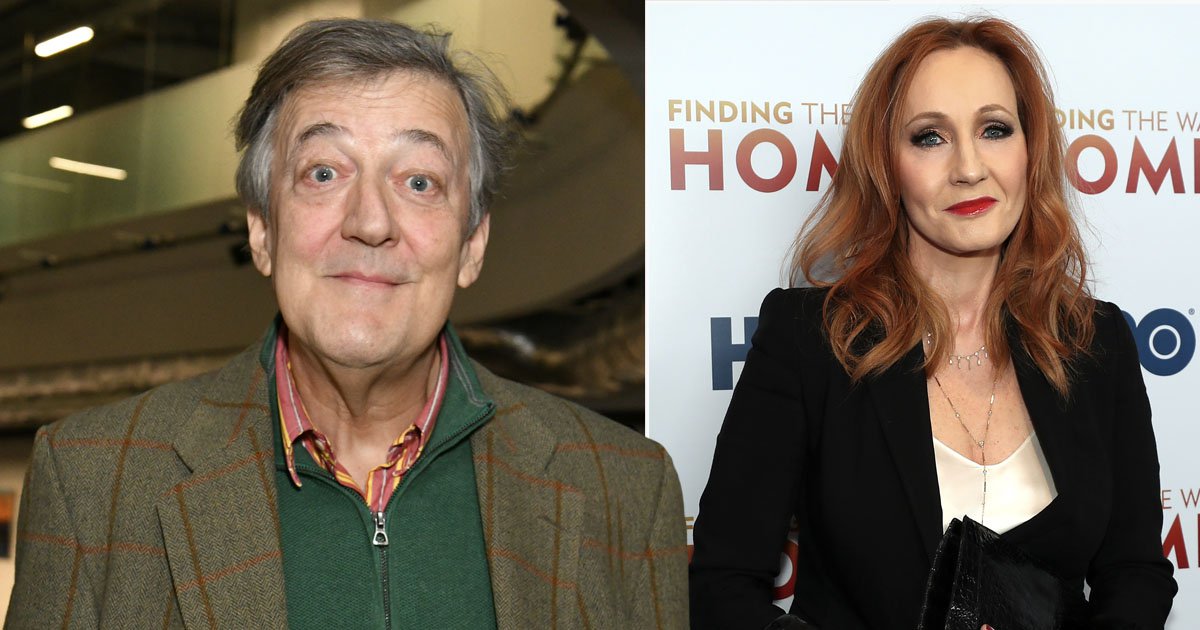 Stephen Fry confirmed he is still friends with JK Rowling following the backlash over comments she had made about the transgender community.

The Harry Potter author was at the centre of controversy last year with many accusing her of being ‘transphobic’ over a string of tweets – as many stars of the Wizarding film franchise publicly calling her out.

The actor opened up about their bond during an appearance on the Jordan B Peterson podcast, explaining that he didn’t have to ‘break links’ with her over the backlash.

To which Stephen replied: ‘Yes. She’s a friend and will remain a friend. But I’m also sorry that people are upset.

‘You know, the two things are not incompatible.

‘I don’t have to break links with JK Rowling to say that I have huge sympathy and I endorse the efforts of trans people everywhere to live the lives that they feel they want to lead.

‘And I hate how they are often treated. I recognise the courage it takes.’

Rowling first faced backlash when she commented on a story with the headline: ‘Opinion: Creating a more equal post-Covid-19 world for people who menstruate’.

Criticising the phrasing, she tweeted: ‘”People who menstruate”. I’m sure there used to be a word for those people. Someone help me out. Wumben? Wimpund? Woomud?

‘I know and love trans people, but erasing the concept of sex removes the ability of many to meaningfully discuss their lives. It isn’t hate to speak the truth.’

She denied being transphobic, insisting: ‘I respect every trans person’s right to live any way that feels authentic and comfortable to them. I’d march with you if you were discriminated against on the basis of being trans.

‘At the same time, my life has been shaped by being female. I do not believe it’s hateful to say so.’