Since the 2020 election, which saw former President Trump lose to Joe Biden, there have been talks within the Republican party as to whether they should continue to support Trump’s bid for the 2024 election. GOP politicians like Ted Cruz and Ron DeSantis have had no problems backing Trump when he was president and continued to defend him when he claimed the 2020 election was stolen, but there are those who have had enough of Trump’s reign over the party.

Liz Cheney was one Republican who spoke out openly against Trump and denounced his claims of election fraud back in May. She was ousted from her role within Republican leadership for her remarks, but remains a fierce critic of Trump and his hold over the Republican party. As it turns out, Cheney isn’t the only one who thinks that the Republican party should start fresh and reject Trumpism. A new anti-Trump Republican group has emerged and is looking to shake things up in the upcoming 2022 midterms and 2024 election. Find out more about the group below. 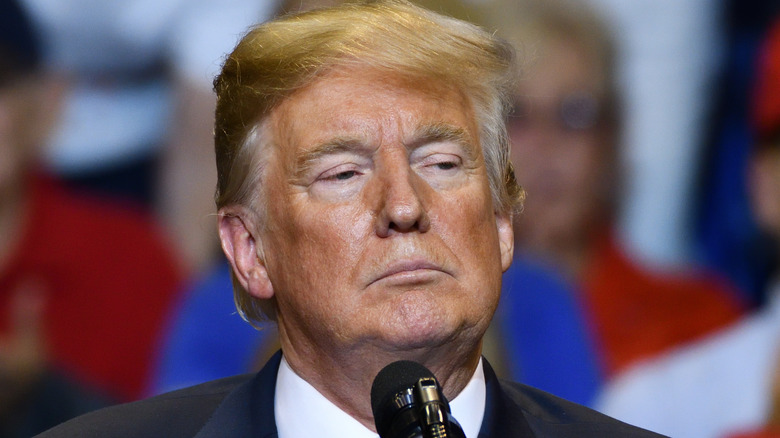 Although many Republicans are standing by former President Donald Trump, Bloomberg reported that there’s a new anti-Trump Republican group that has formed, hoping to end the chokehold he has on the GOP. A group of Republicans including Miles Taylor, Evan McMullin, and Mindy Finn are behind the Renew America Movement, which aims to beat “radical Republicans” in the next midterms and election.

The mission statement on Renew America Movement’s website states it “will seek out, promote and campaign for candidates who live up to America’s core principles, stand up for our freedoms, and serve our great nation with integrity.” The group is “dedicated to creating a new political path forward, one that works for all Americans, and can win over the ‘moderate middle’ being abandoned by our political parties.” The Renew America Movement says it aims to “beat back extremists infecting the GOP, and offer a unifying vision for our national future.” Bloomberg explained that they plan to carry out their mission statement by raising millions to support or oppose candidates in the 2022 House and Senate races. They also plan to nominate candidates for the GOP primaries with the goal of trying to “run rational against radical,” according to Taylor, who is the leader of the movement.

Trump, meanwhile, has denounced the movement, saying in a statement Taylor and company are “a group of RINOs and Losers who are coming out” to protest him.