The Prince and Princess of Wales looked visibly emotional as they arrived for the late monarch’s state funeral at Westminster Abbey on Monday morning.

Kate was accompanied by her children Prince George, nine, and Princess Charlotte, seven, as she made her way inside to join over 2,000 attendees.

In a show of support, the mother-of-three was spotted holding hands with Charlotte as they entered Westminster Abbey.

In keeping with the mourning dress code, Kate opted to wear a flattering black gown with a matching statement hat. The 40-year-old teamed her outfit with pearl earrings and styled her chocolate tresses in a chic updo. 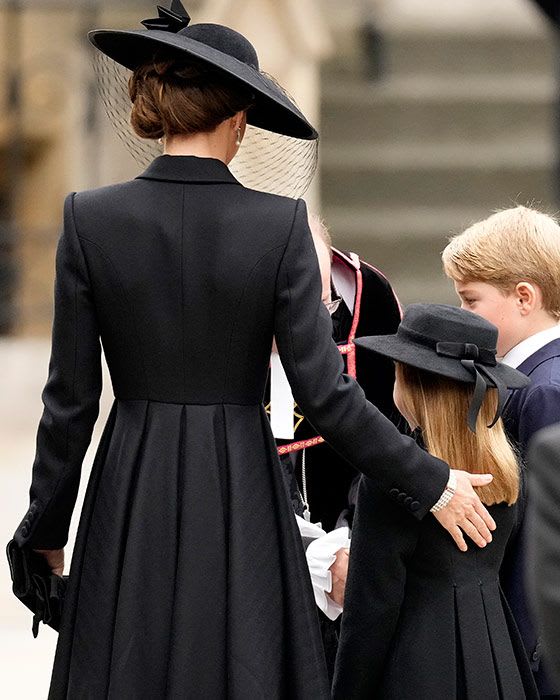 seven-year-old Charlotte walked by her mother’s side

Dressed in military uniform, Prince William donned his RAF No1 uniform complete with his garter sash and RAF pilot wings.

The two young royals will walk through the church in procession behind the late monarch’s coffin as it is carried by the military bearer party.

Also in attendance were the likes of the Duke and Duchess of Sussex, the Princess Royal and the Earl and Countess of Wessex. 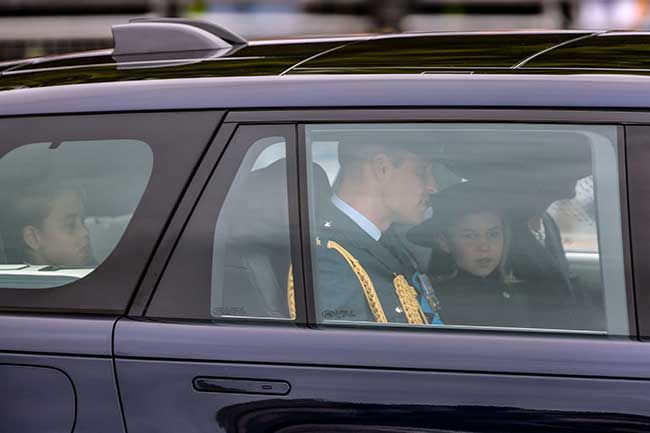 The Prince and Princess of Wales travelled with a police escort

Various heads of state, prime ministers and presidents, European royals and key figures from public life moreover gathered to celebrate the life of Her Majesty.

The late monarch passed away “peacefully” at her Balmoral residence

Her Majesty will be laid to rest at the King George VI memorial chapel, the resting place of her parents and sister, King George VI and Queen Elizabeth The Queen Mother, and Princess Margaret.

Once the funeral has taken place, the Queen’s late husband Prince Phillip will be moved from the Royal Vault of St George’s Chapel to Windsor Castle’s King George VI Memorial Chapel, where he will be laid alongside his lifelong partner.

Make sure you never miss a ROYAL story! Sign up to our newsletter to get all of our celebrity and royal news delivered directly to your inbox.