Poor Meghan Markle and Prince Harry. Every time they have a happy moment, Meghan’s dad, Thomas Markle, steps in and kills the buzz with a seemingly shady interview. The Duke and Duchess of Sussex welcomed their new daughter Lillibet Diana on June 4, so naturally, Meghan’s dad is ruining the fun in an interview with Australia’s “60 Minutes.” In Thomas’ latest interview, the former lighting director is out to get Oprah Winfrey.

Prince Harry and Meghan Markle can’t catch a break from her family dysfunction. First, Thomas turned their wedding into headlines about him; then, Prince Charles had to walk Meghan down the aisle. After the wedding, Thomas gave multiple interviews to the press, making a bad situation worse. When Harry and Meghan stepped away from their royal duties, Thomas was back in the spotlight, trying to get another 15 minutes of fame.

According to the U.K. Independent, Thomas did a 90-minute documentary for Britain’s Channel 5! Thomas spewed more claims about his daughter and said that the couple stepping away from royal life was “embarrassing” for him. If it’s not Thomas trying to milk press for himself, then it’s Meghan’s half-sister Samantha Markle (aka Samantha Grant) shading her famous sibling. Samantha even wrote a book, “The Diary of Princess Pushy’s Sister Part 1,” published in January 2021.

Now it looks like Thomas is going after his daughter and son-in-law’s friends. Keep reading to learn what Meghan’s dad says about Oprah. 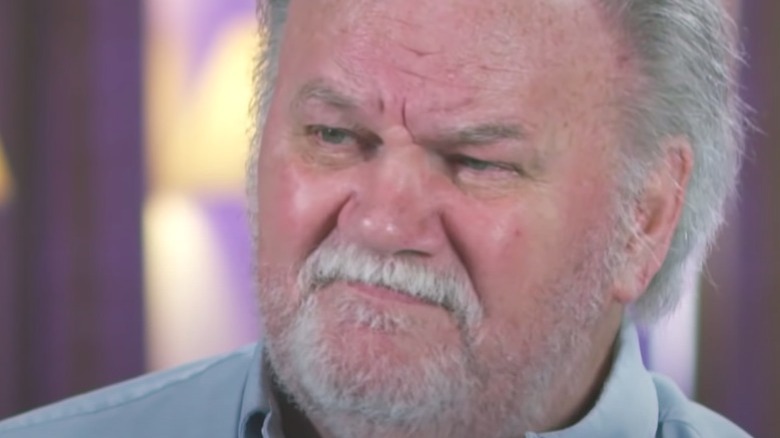 It’s not enough for Meghan Markle’s dad Thomas Markle to criticize his daughter and her husband, Prince Harry. Thomas slammed Oprah Winfrey in his latest shady interview on Australia’s “60 Minutes,” although he also claimed he was “not attacking Oprah.”

Thomas explained, “I really think Oprah is taking advantage of Harry. It just seems to me she keeps encouraging him to do another show and tell something terrible about the royals, which just makes no sense at all.” He continued, “I think what they have going with Oprah is going to do more damage than good for them.”

The Daily Mail reported on another portion of the infamous interview. He said of Oprah, “I think she is using them to build her network and build her new shows and I think she’s taken advantage of a very weakened man and has got him to say things that you just shouldn’t be saying on television.” Seriously, Thomas is talking about things that “you shouldn’t be saying” on TV?

During the same conversation, Meghan’s dad lavished praise on the royal family, especially Queen Elizabeth, which is a change. Thomas said, “First of all, the queen I think deserves tremendous respect … most of the world loves that woman. And he’s saying that she didn’t do that much for him, while William said that she, the queen stepped in and took Diana’s place.”

We will be watching for Queen Oprah’s reaction to Meghan’s father’s opinion of her.