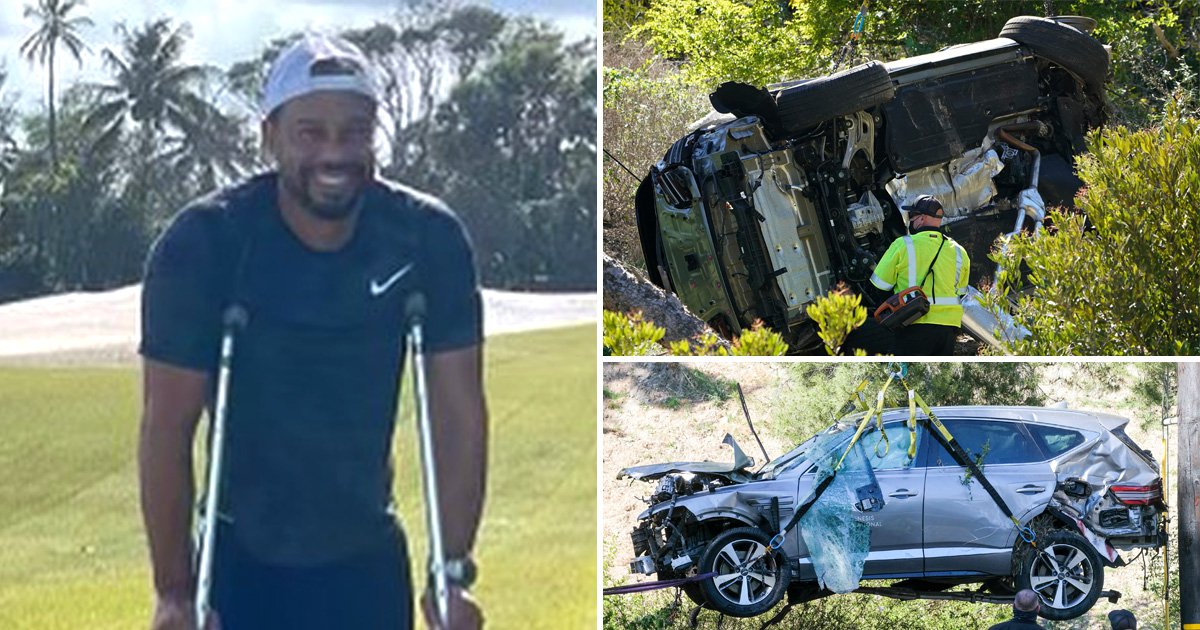 Tiger Woods has shared his first photograph since sustaining serious injuries in a horrific car accident, smiling as he updates his fans on his condition.

On Tuesday February 23, it was announced that Woods, 45, was pulled from a car wreckage by a fire crew after being involved in an accident.

The golf star’s agent, Mark Steinberg, announced that he had suffered multiple injuries to both of his legs and would be undergoing surgery.

In a new picture posted on Instagram, the athlete can be seen standing on a golf course alongside a dog, beaming while balancing himself on a pair of crutches.

‘My course is coming along faster than I am,’ he wrote in the caption. ‘But it’s nice to have a faithful rehab partner, man’s best friend.’

The picture also shows Woods’ right leg in a brace, while his left leg is without a support.

‘You got this Tiger!!!’ one person said, while another wrote: ‘Good to see you up and about! Heal fully.’

During Woods’ recovery, several golf stars paid tribute to him at the WGC-Workday Championship by wearing his signature red top and black trousers.

The athlete expressed his gratitude for their support, writing in a tweet: ‘It is hard to explain how touching today was when I turned on the tv and saw all the red shirts. To every golfer and every fan, you are truly helping me get through this tough time.’

Following his accident, Woods underwent surgery at Harbor-UCLA Medical Center before being transferred to Cedars-Sinai Medical Center for further treatment.

On March 16, following his return home, he shared a statement on social media thanking the ‘incredible surgeons, doctors, nurses and staff’ who all helped to care for him.

‘You have all taken such great care of me and I cannot thank you enough,’ he said.

‘I will be recovering at home and working on getting stronger every day.’