Welcome to Metro.co.uk‘s The Big Questions, where we ask, well, the big questions (and the smaller ones too) and this week, we’re diving deep with Vicky Pattison – author, influencer and Geordie queen.

Since finding fame on reality TV over a decade ago, the 34-year-old has gone on to create a flippin’ empire, this week releasing her sixth book, The Secret To Happy.

‘It’s the most nervous I’ve ever been,’ she tells us. ‘Even though I’m a very a candid person, this is the most I’ve ever put myself out there. I’m feeling super apprehensive about its reception, so I just hope people like it and it helps people.’

In a no-holds-barred chat, Vicky opens up on her attitude towards living with regrets, opening old wounds with her book, and how I’m A Celebrity changed her life.

Congratulations on your new book! You’ve dedicated it to your late friend Paul, while also opening up on some really hard times in your life. What was the emotional process like putting pen to paper?

I think I took a lot from writing this book. On one hand, the process was incredibly cathartic, I worked through an awful lot of stuff.

I think we assume we’re so evolved, we’re really progressive and we deal with everything really well these days. But things I thought I totally processed I compartmentalised and, being forced to face it through this process, I really opened some old wounds and ones that hadn’t healed properly. 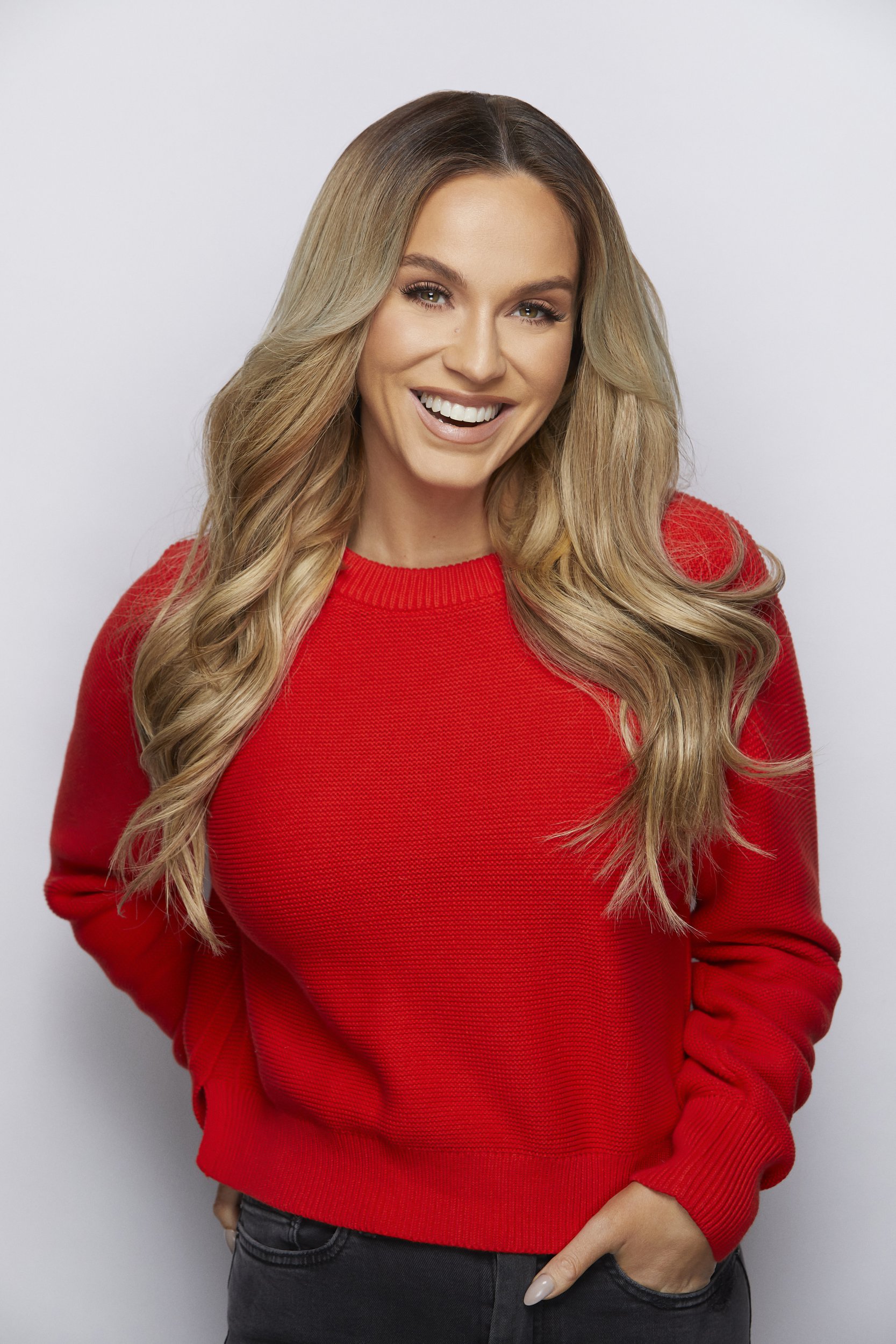 It was incredibly sad and traumatic in parts because I hadn’t dealt properly and had tried to move on. Regardless of how difficult I found the process and how many times I cried, I knew it was important and necessary.

Even though you leave out names, are you expecting any phone calls or DMs from anyone you’ve hinted to in the pages?

I feel like I’m very honest and it’s definitely not intended to be negative about anyone. It was meant to be an entirely positive read, but it is my version of events, so no doubt there will be people who remember things differently or don’t see my side.

I would hate to upset anybody, that is not my intention. It’s the polar opposite – I want to make people feel better. It would detract from the whole idea of this book if anyone was upset. Fingers crossed, but I can never plan how someone’s gonna feel, so I’m prepared for anything.

I try my absolute hardest. You want to be the happy, shiny person – “as long as you’ve taken something from it, it’s a lesson” – but sometimes things just are crap and are regrets. There are things in my life I can’t get away from and I am still mad at myself that I did them. Going forward, that’s how I endeavour to live, but there are still some mistakes I made, when I was young and very lost and not surrounded by the best people, that can be described as mistakes and regrets, I’m afraid.

It’s one thing to be necking on with someone you shouldn’t, with the lasses in 2006, missing a lecture at uni because you drank too much and woke up in someone’s house you shouldn’t, but it’s quite another doing them in front of millions of viewers in 53 countries.

It forced you to grow up fast. I wasn’t the woman I am today, but there are moments from that period in my life where you can try and be as philosophical as you want, but it’s a regret – it’s not a lesson learned!

I do try and be a bit less hard on myself. Living with shame, guilt, regret, it’s unhealthy and it’s toxic and most of the time it’s just unnecessary.

You write a lot about your time in the I’m A Celebrity jungle. Is it safe to say that period was a turning point personally and professionally?

My time spent in I’m A Celeb was completely pivotal for me, not just professionally, I’ll never be able to express how grateful I am.

Personally, it allowed us to see the person I could be, you know? When everyone tells you you’re a certain thing – drunk, loud, aggressive – you hear these things enough to start to believe them and it becomes a self-fulfilling prophecy. I was becoming a very lost, sad caricature.

The jungle allowed me to break free from that reputation and show everyone who I really was and what I really was capable of without 20 Jägerbombs down my neck.

It was really nice and I’ll always be grateful and always be a little bit jealous when everyone else gets to go.

How do you think you’d fare in the Welsh castle?

There’s something special about being in Australia, the sun makes everything better. I’m pleased I got the Australian version. I’ve been living down South for five years now and I think I’ve turned into an absolute f**ny. I’m so cold all the time, I’m so whingey. I think I’d struggle in the castle.

How have you learned to protect yourself when it comes to certain press?

I think like anything when you’re new to it, wet behind the ears, it’s exciting, it’s a novelty, but it all goes away very fast. You never really love the photos do you? I do think bad pictures are going to sell more than the great ones, so the shine quickly wore off. Now I take it in my stride, I understand it’s part of your job. I’m very rarely upset with paps.

I used to live on Brentwood high street, that’s prime Towie territory. They used to try to get Pete Wicks filming and I’d be coming out of Poundland with all my toilet roll and they’d get me by mistake. That period of my life desensitised me to bad pap pics. Have me at my worst, I take it on the chin.

I’m about 12 years in this industry now and I’ve seen all sorts of pap pics of me. It’s a very small price to have to pay for an otherwise very charmed existence I’ve got.

And you know, I’m not that interesting anymore, am I? [They want] the latest Love Island star, whoever won I’m A Celeb. I don’t think there are many weird and wonderful stories about me anymore and anything that does come out I probably f***ing said it myself!

You’re brilliantly unfiltered on social media. But in being that, were you ever worried you’d lose jobs?

I don’t think I even entertained the thought process. I think it’s really easy for me to say, “oh I show this Instagram vs reality, and good days vs bad”, don’t forget I’m 34 and I’m in a really secure relationship and finally happy with who I am. I’ve done the filter and the edited pictures, I’ve transformed my body to be something it wasn’t. I’ve done it all. I’m by no means being judgmental on the people who aren’t quite here yet, ‘cause god I’ve been there and it took me a while to get here.

Some days old insecurities rise up and I want some validation. I want to put up a filtered picture.

If someone doesn’t like me for me, or a job doesn’t want to book me because I don’t have perfectly clear skin or a flat stomach, then I think the job wasn’t really for me anyway.

Are you still surprised by the responses you get to posts about egg freezing and periods?

I’m always surprised by both. It’s my social media page and I understand that I’m not gonna please everybody. The fact the majority of women say thank you for discussing PMDD (Premenstrual dysphoric disorder) or endo[metriosis], that’s got to be good enough for me.

There’s always gonna be some f***ing woman who’s sick of seeing me write about my period. That’s fine! If me talking honestly about something that happens to half the population has annoyed you, you can just unfollow me. It’s a fine line and I’m still learning but I’m not gonna stop doing it just because a couple people are offended by someone’s natural body processes.

It takes nothing to hit unfollow, or scroll past…

It has to be an element of narcism, doesn’t it? An element where you think “this is gonna hurt this person, my opinion matters that much, this is going to affect her day”.

I unfollow loads of people all the time. I block loads. I don’t send them a courtesy email.

The Secret to Happy by Vicky Pattison is available now, published in hardback by Sphere, £16.99. eBook and audio also available.