The #MeToo movement has revealed a lot about the inner workings of Hollywood. It’s now clear why some celebrity actresses with stellar careers have seemingly dropped off the map. Many times, sexual harassment has a lot to do with those career changes.

Ally Sheedy threw her two cents in to the #MeToo discussion. The actress called out James Franco after he won a Golden Globe, and suggested that sexually inappropriate behavior led her to leave Hollywood.

Sheedy hasn’t revealed what happened between her and Franco when he directed her in an off-Broadway play, but she’s certainly come a long way from her days as a member of the infamous Brat Pack.

The Brat Pack can be hard to define 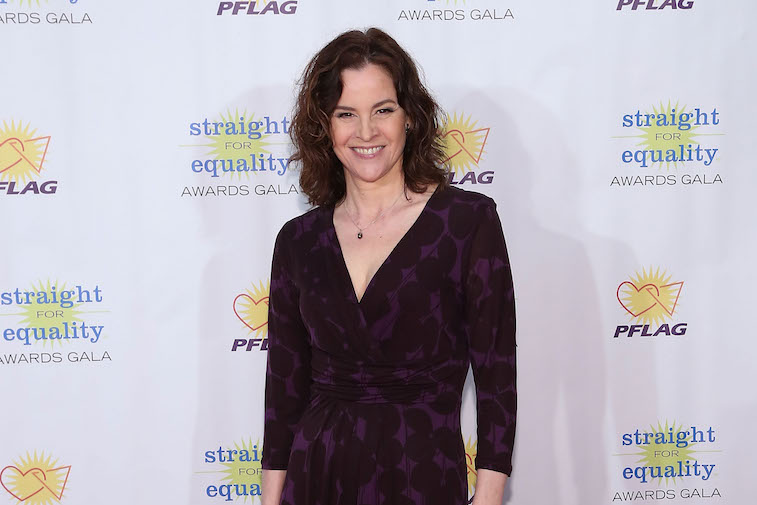 RELATED: Molly Ringwald on Getting Kicked Off ‘The Facts of Life’ and How She Became the 1980s’ Teen Movie Queen

In 1985, New York magazine came out with what would become an iconic cover. The cover read “Hollywood’s Brat Pack,” which may have seemed innocent at the time, would become timeless. The Brat Pack, a group of young actors who took Hollywood by storm, weren’t just movie stars.

They spoke for a generation says The Guardian, and many of the Brat Pack members have gone on to have stellar careers.

There is some dispute over which 1980s actors were actually part of the Brat Pack. The stars of The Breakfast Club, and Saint Elmo’s Fire were definitely in. That means Emilio Estevez, Anthony Michael Hall, Rob Lowe, Andrew McCarthy, Demi Moore, Judd Nelson, Molly Ringwald, and Ally Sheedy are definitely brats.

Some film buffs include the likes of Tom Cruise, Matthew Broderick, Robert Downey Jr., and John Cusack on the Brat Pack list. All of them starred in 1980s classics, but they weren’t a part of the Brat Pack films.

Even though it may not always be clear who is in the Brat Pack, no one disputes that Ally Sheedy is a member. She was in The Breakfast Club alongside Molly Ringwald.

Even though her Breakfast Club role ensured that she would go down in history as a Brat Pack original, it wasn’t her only starring role. Sheedy also starred in WarGames, and Short Circuit, both 1980s classics.

Sheedy’s star rose fast. She acted opposite Sean Penn, a legend, in 1983. Bad Boys was Sheedy’s first movie role. Just two years later, St. Elmo’s Fire and The Breakfast Club were both tacked on to the end of Sheedy’s résumé.

Unfortunately, by the end of the decade, Sheedy’s films were getting less successful. Betsy’s Wedding came out in 1990, and it marked the beginning of the end for Sheedy’s Hollywood career.

RELATED: Joe Budden Hints That ‘The Breakfast Club’ Would Not Last Without Charlamagne Tha God

According to Eighties Kids, Sheedy dealt with mental health issues in her heyday. After rehab, she refused to play the bubbly, stereotypical girl that Hollywood wanted her to play.

She was done changing herself, compromising her values, and taking unchallenging roles just to get parts in big movies. The money wasn’t enough for Sheedy. “It wasn’t an option for me. I wasn’t going to do any of those things. I’d done enough ‘nice’ and ‘cute’ and ‘girl next door’. It was all so superficial, bubbly and bland and I didn’t want to do it anymore. At any price.”

She never stopped acting, but now she stars in low budget indie movies, where the parts are meatier and the characters more complex. Sure she doesn’t make as much money as she would in Hollywood, but she’s OK with that.

According to Sheedy, “I may be poor, but I’m happy.”

Sheedy has been vocal about her experiences in Hollywood since the dawn of the #MeToo era. The reasons she left the studio movie business has a lot to do with Hollywood’s toxic treatment of women. Sheedy was ahead of her time.