Google Gloriavale and up comes a website describing a Christian paradise on a misty stretch of New Zealand’s West Coast. 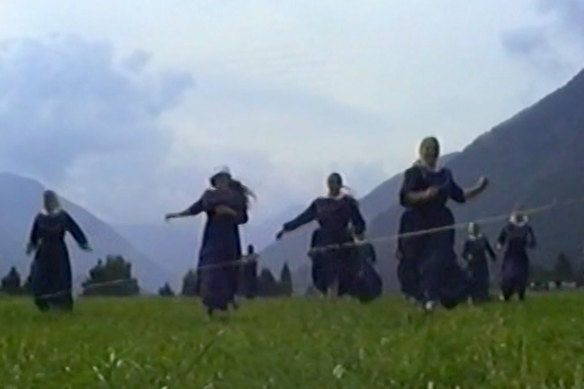 A scene from Gloriavale.Credit:Limelight Distribution

Ninety families have come here from all over the world, we’re told, to run a large, thriving dairy farm while leading “a practical Christian life that mirrors life in heaven”. A collection of happy snaps is offered up as proof of the state of contentment prevailing throughout the place. It’s only when you get to the bit that speaks of “complete unity of thought” without “self-will, argument, strife or sin” that alarm bells begin to sound – with good reason.

Documentary makers Noel Smyth and Fergus Grady have worked for three years to help expose the exploitation and human rights violations alleged to be behind Gloriavale’s religious pretensions. 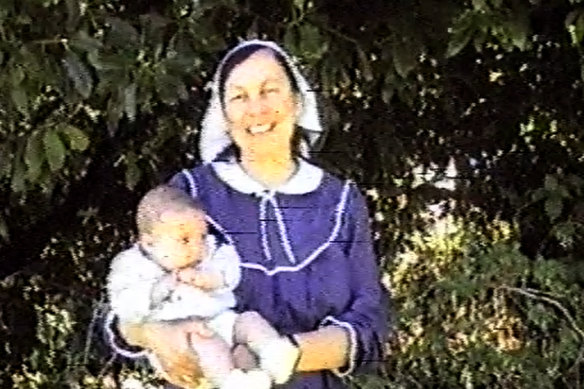 A scene from the new documentary, Golriavale.Credit:Limelight Distribution

The result is a fascinating record of a protracted legal fight mounted by a brave and tenacious group of people who have managed to extract themselves from a cult which controlled their lives for years.

The film tells the story of a place where women and children are subjected to both sexual and psychological abuse – a place where privacy is denied and labour unpaid, despite a regime which obliges women to work from dawn till dark every day in the farm’s kitchens and laundries, along with having to care for their families, which are large. It’s not unusual for a couple to have 15 children.

And these conditions have persisted – even though Gloriavale’s founder, Neville Cooper, was jailed as a sex offender in 1995, prompting at least 30 defections from the cult and two books on its practices.

More recently, a team of investigators has been collaborating on a case brought by John Ready, his sister, Virginia, and their mother, Sharon, one of Gloriavale’s original members. 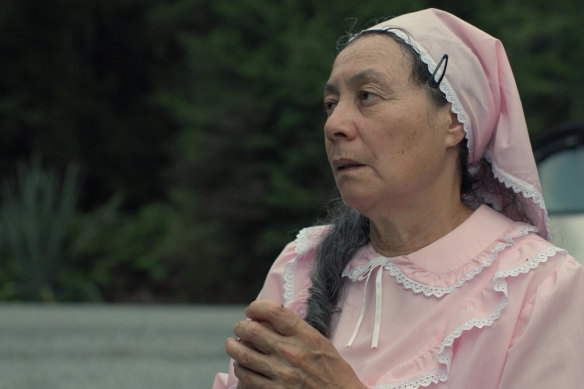 Sharon Ready in a scene from the documentary Gloriavale.Credit:Limelight Distribution

Despite the persecution she claims to endure from the committee of “shepherds” who control the setup, Sharon still lives there, dressing in the Gloriavale women’s uniform – a shapeless dark blue dress and a white headscarf – because she can’t bear to leave the rest of her children and their children.

This makes her seem an unlikely whistleblower. The investigators remember that she was so shy when she first agreed to be a plaintiff that they were afraid she wouldn’t appear on camera. Yet she’s proved to be a precise and articulate witness with perfect recall of the traumas, embarrassments and humiliations she says she suffered at Gloriavale.

Virginia and John are just as frank and forceful, as is their fellow defector, Zion, who had an established position in the cult’s hierarchy, and this thoughtful and intimate account of just what it’s cost them to get this far is a fascinating and well-deserved tribute.

Gloriavale opens in cinemas on November 3.

A cultural guide to going out and loving your city. Sign up to our Culture Fix newsletter here.