The ABC is checking whether it has correctly paid almost 2000 staff just months after it shelled out a record $600,000 to apologise for underpaying casual workers over six years.

Accountants from PwC will examine whether any of about 1700 staff on buyouts – where the worker is paid a higher flat rate rather than specific penalty rates and loadings – and 250 staff on the lowest pay band at the national broadcaster were underpaid. 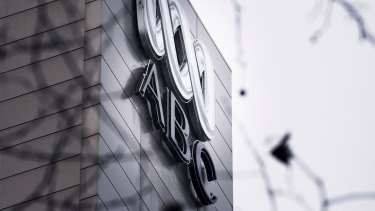 The ABC is investigating potential pay problems among almost 2000 of its staff.Credit:Christopher Pearce

Its investigation will stretch back to July 2014 and comes after the ABC made a $600,000 “contrition payment” in June last year for underpaying 1907 casual workers a total of almost $12 million.

The ABC launched the review in the wake of the casual pay scandal, which was caused by its failure to pay wages that covered workers' full entitlements.

"The ABC takes very seriously its obligations to ensure all employees are paid correctly," the ABC's HR chief, Monica Vagg, wrote in an email to staff.

"We have commenced a review of employees who have been paid a buyout or were engaged on a band one classification to ensure that they have been paid the correct amounts under the current and former ABC enterprise agreements."

The ABC's review is expected to take months.

Sinddy Ealy, the ABC section secretary at the Community and Public Sector Union, welcomed the ABC's review of staff on buyouts.

"Any proactive measures the ABC is taking now to ensure their house is in order is a good thing," Ms Ealy said. The union has no evidence that any staff on that pay rate have been underpaid.

But Ms Ealy said the union had repeatedly raised concerns about staff being on pay rates it believed were too low to reflect their duties.

"It doesn't really make sense how anyone could justifiably be put into a band one given the payments are bordering on below minimum wage," Ms Ealy said, adding a non-journalist working full time at the ABC on band one could be paid as little as $43,727 a year.

The ABC said in a statement posted online that it had informed the Fair Work Ombudsman and unions of the review.